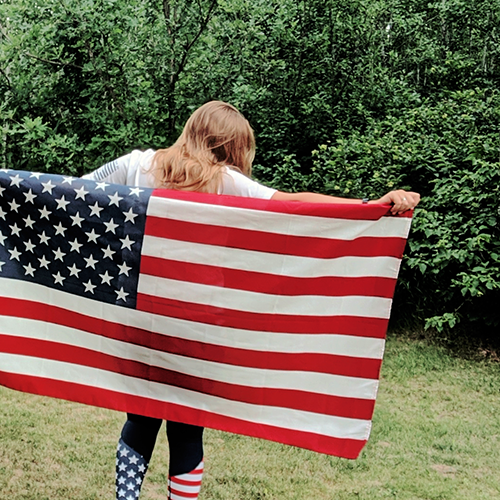 Hello Marcus, Morgan, and all others involved with TNQ,

My name is Madison and I’ve been a listener of your podcast for close to a year now. There have been episodes that made me laugh, some that have made me cry, and every other reaction in between. One of my favorite parts of listening to your podcast is hearing listener stories and I’ve been juggling whether or not I should write mine in for a couple months now.

I’m going to start off by saying that I didn’t have a hard life. My family was poor, but we had enough to keep clothes on our back and food on our table. My home life was great – we loved each other and it was me, my sister, and my parents against the world. I didn’t have to “never quit” throughout my childhood because quitting was something I was lucky enough to never have to consider.

I don’t know how it happened, but when I was sixteen years old, I met a guy who I fell for instantly. We were together for over 5 years. The first part of our relationship was great, but it wasn’t too long before he started showing his true colors. He started drinking occasionally shortly after we started dating. One or two beers socially, but that was it. He was older than me, so I figured it was just because his friends were doing it and he wanted to join. I’d be lying if I said I didn’t partake, but it wasn’t ever really my thing. I wanted to join the Army and serve the country that I loved more than I loved myself and live a happy, healthy life. I didn’t think underage drinking with my older boyfriend would get me to where I wanted to be.

The time started to fly by in our relationship, and his drinking grew steadily worse. He became an alcoholic. He was never diagnosed, and even though he never admitted to it, it was obvious to me. He needed alcohol to wake up, to function, and to fall asleep. One or two wasn’t enough anymore. He’d easily have 10 or 12 drinks almost every day. He started to be emotionally abusive towards me, saying that I would never reach my goals and that he would have to take care of me forever. He told me that I would never be a Soldier. He knew I loved America more than anything, but when we would watch war movies (since they’re my favorite) he would say things like, “See, you can’t do stuff like this. You’re not strong enough.” It started to really wear me down. I stopped going to the gym as much as I was and I started feeling sorry for myself. I’m embarrassed to say it now, but I started to believe that I would never reach my goal. I shouldn’t have let him get in my head like that, but when you’re with someone that is supposed to love you and they put you down, you tend to believe what they’re saying… or at least I did.

Finally, almost to the 5 year point of our relationship, he became physically and sexually abusive. I still believed I somehow deserved it. It wasn’t punching and hitting like a lot of people go through, but he would dump his beer or whiskey on me and laugh as I stood there, soaked. He assaulted me many times in the last year of our relationship. I still wake up having nightmares about what he did to me. It was in November of last year when the worst assault occurred. It was just before my 21st birthday, so I was having a few drinks with him and his friends at their apartment (remember, I don’t drink much, so I’m kind of a lightweight). I don’t want to get too graphic, but I ended up falling asleep and he acted as if I hadn’t. He took advantage of me when I was passed out.

I’d like to say that was when I ended it, but I stayed with him longer. It took me a few more months to break it off even after that happened. When I finally told him I was leaving him, he threatened to take his own life. He told me that I was the only reason he wanted to be alive. It was hard but I still drove away. I finally was able to look back in the rearview mirror and see him behind me, crying (with a beer in hand), and know that I had won.

Since then (earlier this year), I have gotten back into the gym every single day that I can, and when the gyms were closed due to the coronavirus, I did what I could at home. I am 21 years old and healthier now than I have been in years, still training 5-6 days per week to be so I can become the best I can be and be happy with myself even after my hardships. I’m also proud to say that I’ve officially enlisted in the Army as a field artilleryman (artillerywoman? I think they’re all just “artillerymen”) and am going to basic training after I finish my college degree in May of next year. The thing that helped me the most over the past year was listening to your podcast because I thought, “If these people can get through what they’ve been through without giving up, so can I.” You yourselves are heroes and you’ve been through hell and come back stronger for it. I haven’t been to war of course, but I still tried to apply certain scenarios that you have seen to my own bad experiences. “If my heroes can survive hell, so can I.” It’s not comparable in all reality, but I used that as my excuse to never give up.

Because of this podcast and books or movies like ‘Lone Survivor’, ‘American Sniper’,‘13 Hours’, and many others, I was inspired to fight back against my now ex-boyfriend and his abuse and negativity, join the Army, and start living the dream I’ve had since I was a kid. I will be a Soldier and I owe a lot of that to you. Thank you for never giving up and inspiring so many to take after you with that mindset. Thank you for your service to the country I love and hold so close to my heart. America will always be my one true love and I am honored to feel like I am close to you simply because we’re Americans.