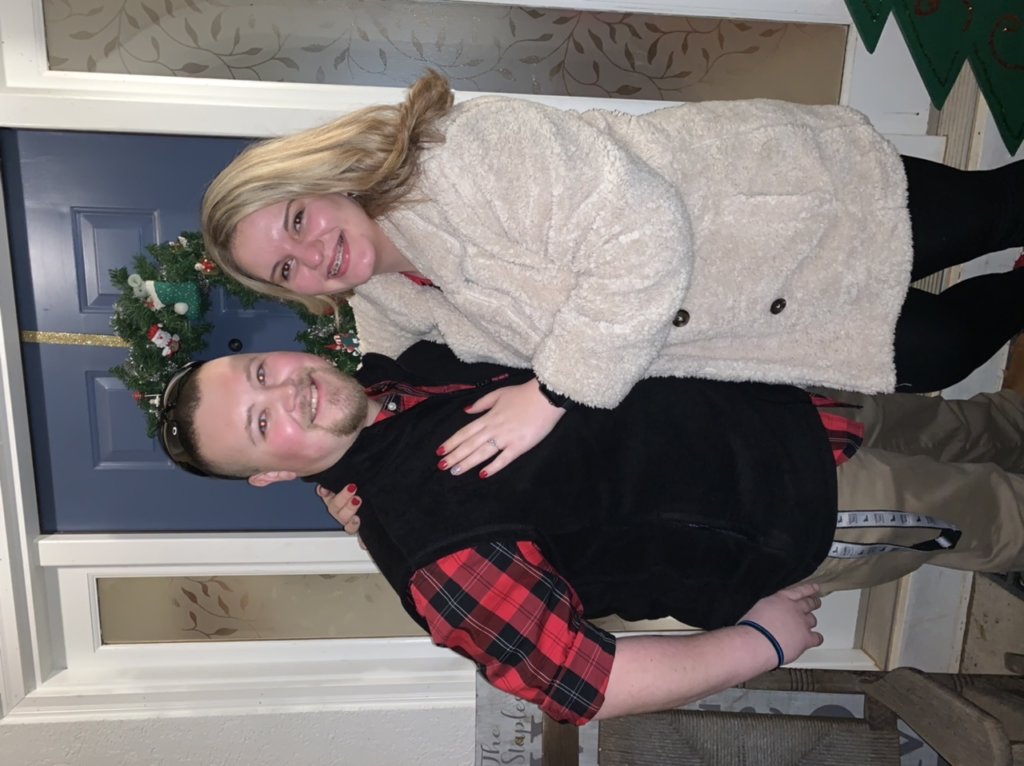 I began my adult life right out of high school at a small Sheriff’s Office in Pike County, Georgia, where I spent six short months before I got into some trouble where I was young and dumb, like most young men. After i picked myself up, I became a welder full time and had a trade and a great career to look forward to. I was in my mid 20’s when I was diagnosed with Ulcerative Colitis, not knowing what it really was, I was scared and was always worrying about what damage it was doing to my body. Working as a welder, I thought that the hard work and the smoke I was breathing in was slowly taking its toll on me. As I was battling this sickness, I would be in and out of doctor offices and trying to find a cure that never came. I felt like I was getting better, so I took a leap and wanted to get back into law enforcement, so in September 2017, I started at Spalding County Sheriff’s Office in Griffin, Georgia. Not even a month after I started, two deputies and myself got into a altercation with an inmate. Not knowing at the time I had sprained my ankle, several painful days passed before I broke down and went to get an x-ray. It was in fact a sprained ankle, but the damage was far worse than anyone knew. I had blood clots all over my body where the Ulcerative Colitis was trying to fix what was hurt because it was an auto immune disease.

On October 17, 2017, my life had changed because the doctors had to amputate my left leg below the knee due to so much damage that could not be fixed. Waking up after a 10 hour surgery, I realized I had one foot and no colon. The doctors took my colon because it was the main problem. I made it a point to be home before my birthday, which was ‪November 15.‬ I wanted to spend my birthday, Thanksgiving, and Christmas with my family no matter what. Fast forward several months, my dad had become deathly ill due to an infection that had set up inside the bones inside his foot. I spent days with him, taking him to doctors appointments and wanting to make the most of the time I could have with him, not knowing if it would be me or him to pass away first. Around middle July 2018, Dad went into a diabetic shock because of the infection inside his body and the antibiotics that he was taking that spiked his sugar to be well over 1000, which is extremely high. My mom and I called the EMT and dad was rushed to the hospital where, on arrival, he had a massive heart attack, and, for the next two weeks, he fought so hard to stay with us, but he would never be the same. Between the heart attack and him going septic, due to the infection, there was nothing that we could do.

On August 5, 2018, my best friend and dad passed away, but I made him a promise, that I would go back to the Sheriff’s Office, and that’s what I did in October 2018. This never quit story ends on an amazing note, because my now fiancée, started at the Sheriff’s Office in February 2019 and we have been together since April 10, 2019. I proposed to her on December 15, 2019 and we will be getting married ‪November 8, 2020‬. This goes to show that with a never quit attitude, you can do anything you set your mind to, and with every door shut there will always be one opened.

Team Never Quit is not a group, but a motto to live by.