From Cop to Dialysis to Cop 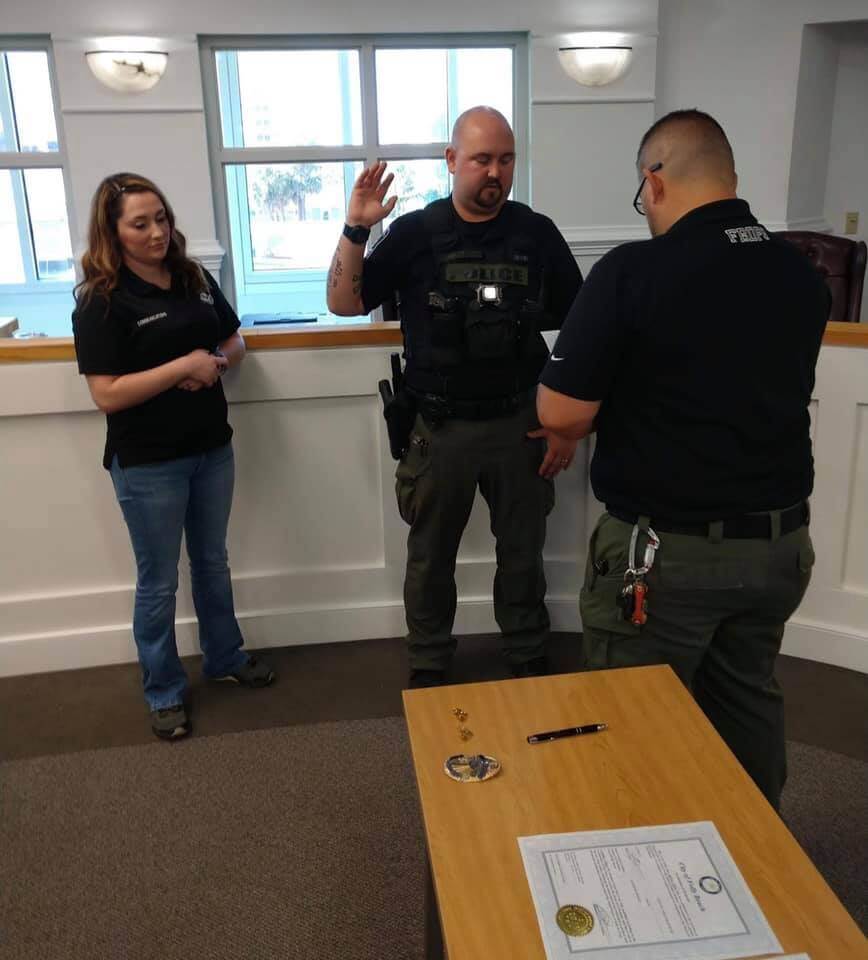 Thank all of you for your service and sacrifices. My story is nothing compared to others. I always wanted to be a Police Officer since I was born and follow in my fathers footsteps. In 2012, I was afforded that opportunity by joining the Summerville Police Department where I live.

Fast forward to March 2017, I went to the local ER because I hadn’t felt good for several months, lost over 50 pounds, constant throwing up and couldn’t hold down food. I was more worried that going to the ER that day would delay my fishing trip with some friends, but my wife literally threatened to divorce me if I did not go. Once admitted for an unknown sickness (in my head I thought I had a stomach bug) the HOT blonde ER Doc comes in with the look I knew all too well of eminent bad news delivery. I was told that after numerous test, I had internal bleeding somewhere and had End Stage Kidney Failure (stage 5). Basically, for an unknown amount of time I had lost full function of both kidneys. I was thrown into an ambulance and rushed to another local hospital with three bags of blood on the way. I was more upset I wasn’t able to go fishing as planned then I was at the current situation that I kept telling myself was a misdiagnoses.

Boy was I proved wrong. At the second hospital, I met my awesome kidney doctor, who stayed late once he heard a 28yo male walked into the hospital with toxic blood levels so high, I would have died within the next few days. There was more to the levels and all that made his Doctor Curiosity peak but I don’t what they were, because if I did, I’d be a doctor not a cop. After 3 days in this hospital and a thousand other test, pricks, probes and questions I was told that my career in Law Enforcement was over… I had a dialysis access port placed through my chest, over my collar bone and into the tip of my heart. My amazing Chief of Police brought all the necessary paperwork filled out and completed to my bedside for me to sign so that I could get Police Disability Retirement.

Fast forward a couple months, my teammates hosted a golf charity tournament for my wife and me, which raised enough money to make our mortgage payment for two years. Fast forward to February 21, 2018, after months of absolutely grueling Dialysis treatments and complications, my mother tested as a positive match and gave me one of her kidneys. While recovering for the next several months, I could not stand being a stay at home parent. I volunteered to go back to the PD and work the desk, taking hundreds of reports and calls a month off of the patrol guys. I felt like I had a purpose again. In November 2018, I was hired at a slower paced agency, the Folly Beach Department of Public Safety. I hit the ground running doing what I loved. After 7 months, I was promoted to Sergeant and now run a shift. I look forward to going to work everyday and have a personal understanding of people’s hard times and dealing with a problem in different ways. I’ve encountered more people with similar problems I experienced while back on the job and use my story to help give them hope and guidance. Since following Marcus I’ve tried to adopt the mentality that the only easy day was yesterday and no matter what life throws at you, Never Quit!