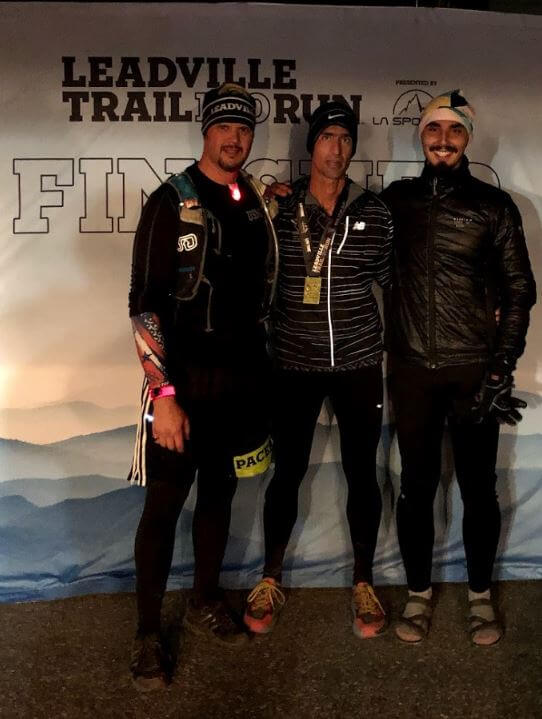 My story is not my own.

Mike approved the release of this story and his contact information is at the end, if you need it, to release this content.

A friend from my teenage years, Mike Robbert was diagnosed with a rare type of sarcoma (A type of cancer) in his abdomen, while training for the Denver Marathon in 2007. It had metastasized and was unresponsive to treatment, initially.

Unwilling to give up, he found Lazarex, a foundation that helps cancer patients get access to potentially lifesaving clinical trials, and through donations also help to offset the overwhelming costs associated with getting treatment.

Not only did he continue to fight the good fight and as of April 2012 was declared cancer free, his love for running continues to this day, with dozens of 50k, 50milers, 100k, and even 100 mile races. But he doesn’t just run in these races, in most cases he finishes in the top 10% to 20% and even came in 1st place several times (Bear Chase 100k in Colorado and the The North Country Run – 50 Miler in Northern Michigan). He has over a dozen 3rd place or better finishes. He has competed in five 100 mile ultramarathons so far (Grand Mesa, Run Rabbit Run, High Lonesome, Kettle Moraine, and the Leadville Trail 100).

In the Leadville Trail 100 this last weekend, I had the absolute privilege of being on his crew assisting at each aid station and being a pacer in the critical last 13 miles on a rocky trail through a pitch black forest at 2am. I also had the cool opportunity to see David Goggins, another accomplished Ultra runner and Navy Seal that you had on your show not too long ago.

At 50 miles in, his goal of 20 hours was now unattainable. He and his 3 pacers and crew-chief (his wife) had all agreed that we’d take this opportunity to “take it easy” and just roll in under 25 hours, which is a high mark at this race, since he has a 50 mile race in the coming weekend after that. At 76.5 miles, his condition had deteriorated, and his times were diminishing. The highly sought after 25 hour mark was now going to be near impossible. As pacers, we worked out the math, and did not really see a route to get there.

After putting on my run gear, headlamp, extra gear for Mike, and was all warmed up and stretched at 1:45am for the final 13 miles, we feared that he’d roll in around 2:30am or even 3am given his condition at the last station, making the 25 hour mark absolutely impossible. Out of the blue, at 1:50am not only did he come through, he sprinted right past me and yelled “LET’S GO RUNNING!!”. We grabbed a real quick bite at the aid station and began the final leg. As a pacer, it was my job to ensure that he ate, drank, stayed on course, and manage his pace to achieve the goal.

Having him drink and eat, we somehow ran out of water with 5 miles to go and when he asked for more, I ran right up next to him, and as a good Marine I quickly ran in step with him so he could drink from my own hydration pack using the long drink tube. I didn’t need it so I stopped drinking my own water. I’d spent the last few days hydrating and carb loading in preparing for my small part in this. We did that several times.

I had established for him an embellished pace, allowing room for error, should he be unable to meet it, we’d still have a fighting chance with some extra minutes. He didn’t just meet that pace, he crushed it, and we finished at 24 hours, 42 minutes, and 30 seconds. He had earned the highly sought after “Big Buckle”, which only 87 of the 831 enrolled runners had achieved. Only 377 had even finished the race.

His comeback in the final 24 miles is nothing short of a Never Quit attitude, and 100% consistent with his approach to everything he sets his mind to.

Me: Bjorn Olson on the left
Mike Robbert in the midddle.
Joseph Mutter on the right (Pacer)
Missing: Adrian Stanciu (Pacer)

His story with Lazarex & cancer: