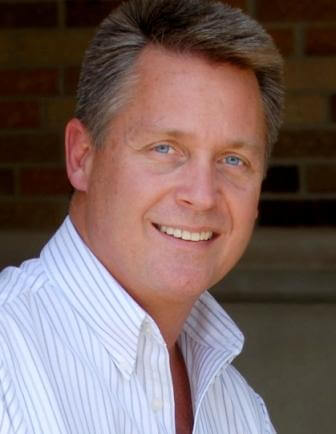 Cam Tribolet was on his way home from a night of drinking in his hometown of Ft. Wayne, Indiana when he was shot multiple times in a carjacking attempt. Bullets ripped through his aorta, belly, and bowels, spewing infection throughout his body. Doctors didn’t expect him to live through the night. But he did.

“I remember hearing one of the doctors say, ‘No one survives with this much infection,’ Tribolet explains in his new book, Dead 13 Times, now available in stores and Internet retailers.

“I went into cardiac arrest – this would be the first time I died – and had a dream-like vision about replacing a windowsill. I remember thinking how rotten the wood was., and as I removed the sill, a bright light shot out from the wall. Something was pushing me toward the light, but I didn’t want to go. I held on to the wall with all my strength.”

Tribolet would be resuscitated again and again as doctors repaired his aorta, performed a tracheotomy, and installed a pacemaker. He recalls that the bright continually beckoned as he hovered between life and death. In one vivid vision, Jesus and the devil fought for his eternal soul.

I saw the familiar, intense light, but it was warm and peaceful this time. I saw Jesus reaching out for me. I knew it was Jesus, even though I’d never given Him much attention, didn’t go to church and knew little about Him. I’d never thought about where I might spend eternity. Suddenly the warmth vanished and I was enveloped by a cold emptiness. I looked up to see the hideous face of the devil; I knew he wanted me. It felt like I was in a tug-of-war between good and evil, and I was the prize. I knew the devil had an eternity of pain planned for me, and I panicked! I was fighting hard, trying with everything in me to get back to Jesus. I couldn’t reach Him, but was jarred back into my body, resuscitated again.”

In the days and weeks that followed, both of Cam’s legs were amputated above the knee. He flat lined 13 times as he endured 36 operations. His fiancée broke up with him, he became addicted to painkillers, lost his job (and health insurance), and contemplated suicide. But God was not done with Cam Tribolet.

During his remarkable recovery, Cam befriended his physical therapist, Sue, who would be instrumental in helping him find God and start living again. Cam went back to school and became an engineer. He and Sue married, had a child, and adopted a child. After being introduced to hunting, Cam helped found The Way Outfitters, a faith-based organization that provides outdoor adventures to disabled or terminally ill children and disabled veterans. He’s an avid downhill skier and mountain climbing enthusiastic. Now well acquainted with Jesus, Cam and his family are active in their local church.

Born out of tragedy, Cam’s life is fuller and more rewarding than he ever imagined it could be. His story of redemption, perseverance, and hope is for anyone who needs to discover that God offers amazing second chances.

PrevPreviousThat’s a Terrible Idea, What Time Does It Start
NextA season for Danny DietzNext