That’s a Terrible Idea, What Time Does It Start 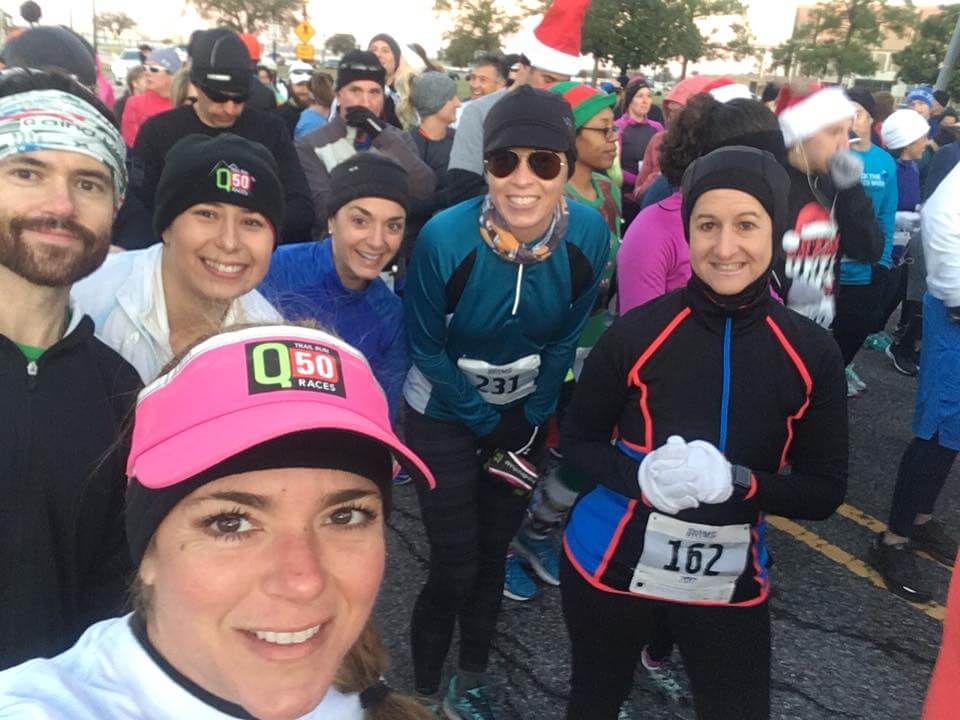 Gentleman,
My NeverQuit story is not my own. In my group/tribe of UltraRunners, there’s no shortage of stories of people hitting major adversity and pushing through. There’s crazy death races like Badwater, the Barkley, and the Moab 240. David Goggins alone fills up an entire chapter in this nonexistent book of stories. I myself finished 2nd in a 100K through pouring, freezing rain where 1/2 the field dropped out due to hypothermia (humble-bragging at its finest).

But my favorite NeverQuit story is actually about my friend Julia. Julia is also an Ultramarathoner who has completed several 50Ks, smashing personal goals in her own right. But earlier last year, her life was derailed by a diagnosis of Stage 2 Breast Cancer. Over this last year, Chemotherapy, Radiation, and overall illness has taken its toll both physically and emotionally. But Julia is still a fighter. She’s still the one who is very willing to be there for you if you need a friend. She’s still running her own business, continuing to pursue her dreams of creative and artistic expression. And, what had become hugely impactful for me, last month she signed up at the last minute for a Half marathon the day after Chemo.

This was no symbolic gesture. This was an act of defiance. This was Julia facing her disease and all it had taken from her, and giving it the middle finger.

This was also the classic spirit of an UltraRunner. Having a crazy thought, and thinking “That’s a terrible idea, and I don’t think it’s doable…What time are we going?”

On race day, Julia and her small entourage cruised through the streets with a sense of purpose, but also just enjoying the weather, the movement, and each other’s company. There was laughter, and tears, and even an obsessive game of pointing out architecture. This would have been enough to be an inspiring story, but during the race Julia couldn’t stop being Julia. She offered support and love to every runner and volunteer she saw. We even picked up a few people who were struggling with the race and assimilated them into the collective entourage. Julia encouraged everyone, making those who were having a tough race feel less lonely, more confident. As one of those runners said, “If the lady with cancer could keep going, so could I.” The back of the pack on this race was much brighter because Julia wanted it to be.

I think maybe that’s the important part of the story, the true NeverQuit mindset. Running while on chemo is awesome and all, but the bigger meaning behind all this is that Julia is kicking the hell out of her situation. She’s pushing through not only personally and athletically, but more specifically, she’s not letting a set of terrible circumstances dictate who she is. Julia hasn’t stopped being Julia. She could’ve been bitter, or depressed, or angry at the world; and would’ve been a bit justified. But even when I’ve seen her live these emotions; she owns them, feels them, and returns to who she is. With all the dark and negative, she’s ultimately chosen to burn brighter in spite of them.