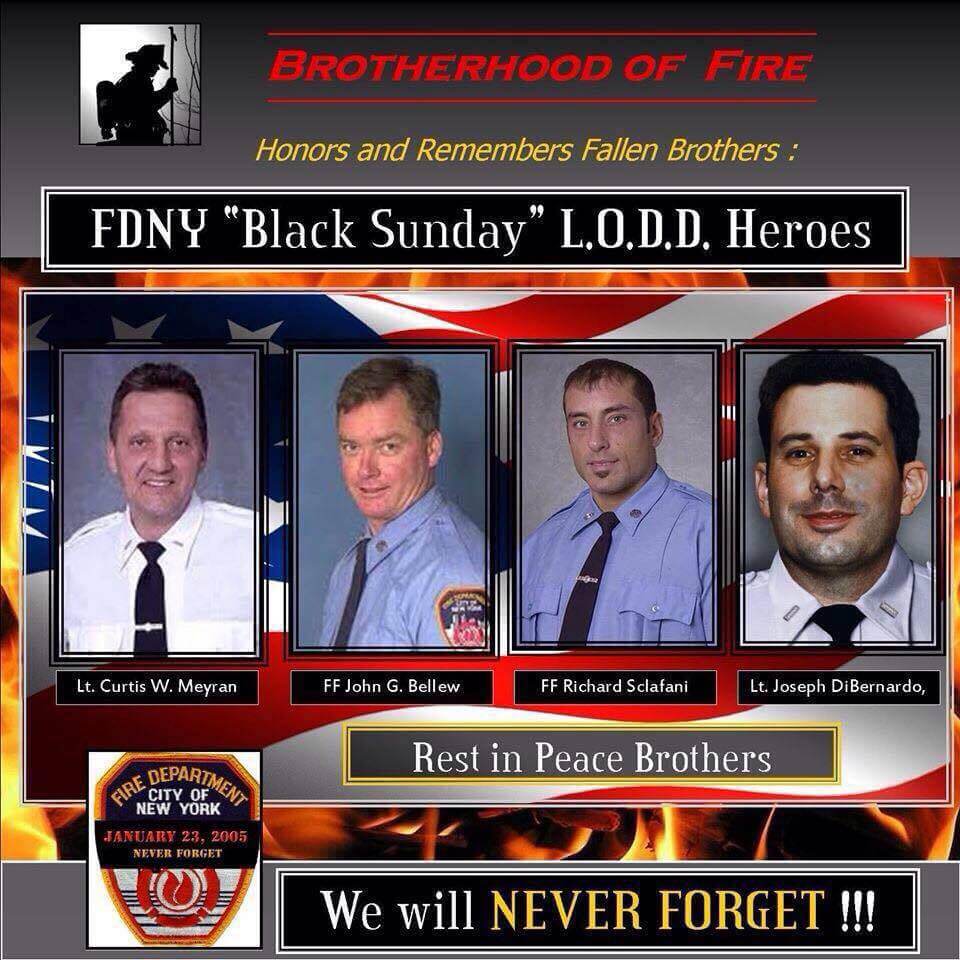 Team Never Quit,
I am writing on behalf of my father, Jeff Cool Sr., who inspires my every single day to never quit. My dad is a retired New York City Firefighter from Rescue 3 of the Bronx and an Air Force veteran.
His never quit story began on the morning of January 23rd, 2005. New York State was under a state of emergency due to a nor’easter hitting the area. My dad was working that morning when he and the members of his company, Rescue 3, got a call for an apartment fire. When they responded, there was fire on the second floor and reports of a missing person on the fourth floor. My dad, along with other members of Rescue 3 and Ladder 27, reported to the fourth floor. My dad was using the thermal imaging camera, searching for fire in the walls. My dad caught fire and started to relay the message to the other firefighters that he was with that they needed to get out of here. As my dad was getting the message across to a member of Ladder 27, they became trapped. In a matter of seconds, the fire my dad saw in the walls had now fully engulfed the hallway that he came from. Due to the nor’easter, the fire hydrants were frozen and the hose could only get to the second floor. Along with this, the apartment was illegally subdivided, which blocked their way to the fire escape. My dad, along with five other fire fighters, were now pushed to the windows of different rooms.
After 9/11, the FDNY decided that the weight of the gear the firefighters wear needed to weigh less. They decided to take the personal safety ropes away to accomplish this goal. My dad bought a personal safety rope at a fire intervention with his own money. So, he was the only one who had a rope on him that day.
Being pushed up against the windows, some 40 to 50 feet up from the cold concrete ground, the firefighters were forced to make a decision. Do I sit here and burn to death, or do I jump and hope for the best? Four of the six firefighters jumped.
The other two left were my dad and his partner from Rescue 3, Lt. Joey DiBernardo. My dad told joey that he had a rope, but no where to tie it off to. They argued quick about who was going to go first. Joey told my dad, “You have a wife and kids. You are going first.” So, my dad threw joey the rope and my dad went out the window. When my dad went out the window, he smacked back into the building, making him lose control of the rope and fall about 40 feet. Joey tied the rope to the window and bailed out. The rope gave way and Joey also fell about 40 feet.
Two firefighters would lose their lives that day from the jump. My dad, along with Joey and two other firefighters were in a fight for their life. In a separate fire that day, another firefighter from Ladder 103 in Brooklyn, would lose his life in a house fire. This day would become known as Black Sunday and was the worse fire in the FDNY since 9/11.
My dad broke almost every bone in his body and bled out 7 times, but somehow managed to survive. Joey and two other members survived as well. My dad was in the hospital for four months after the fire and had to go to physical therapy for almost two years. He was in the doctors office almost everyday for many different things. I saw him go through the darkest times of his life, and the worse was yet to come.
On November 22nd, 2011, Joey would pass away from the injures his sustained in the fire. This hit everyone in my family hard, but it hit my dad the most. He lost the brother that sacrificed himself so that my dad could come home to me and my family. They leaned on each other through their recovery and now that Joey was gone, my dad became lost. His PTSD and survivors guilt got worse, but through therapy and the support of his family and brothers from the FDNY, my dad turned his life around.
My dad helped created to Lt. Joseph P. DiBernardo Memorial Foundation. This foundation keeps the story of Joey alive, while raising money for personal safety ropes to fire companies around America who cannot afford them. Along with this, my dad speaks about his fire, hoping to help prepare other firefighters for a situation like the one they were in that day.
His life was the FDNY, it was everything he wanted since he was a little kid. He was a volunteer firefighter in my hometown since the age of 14. After high school, he enlisted in the Air Force to become a fire fighter while he was waiting to be called for the FDNY. MY dad was just shy of 16 years on the job when he was injured. My dad could have given up, but he decided to never quit. I am blessed to call this man my father and his story motivates me each and everyday.
We are big fans of what you guys do and my dad really related to Marcus’s story. Thank you guys for everything you do. I hope my dads never quit story helps someone going through what he did. Remember, you are never alone. NEVER QUIT!