One Day At a Time 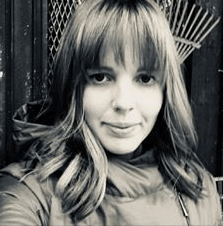 My Never Quit story started about six years ago when I started working at a university bar in Tucson, Arizona. I was first introduced to this mentality through team guys much like Mark and Dave. I tried to drink like them, act like them, and compartmentalize like them. In fact, I actually idolized them — not for what they were capable of physically, but for their ability to persevere through life. Their overall demeanor was attractive to me in more ways than one. Problem was, I began to idolize them so much that I became slightly obsessed with being around them. Okay slightly might be an understatement. I was young and unattached so there really wasn’t much getting in my way. I was spending more time drinking at work than working at work and made it a point to start hanging out at the other bars they hung out at after long jump days. Any chance I had to feel like one of the pack, I’d take it. And when they left town to do what they do best, I felt empty and without purpose. Sooner or later I realized I was in a bad way and even though I thought I fit in with them, I certainly wasn’t persevering through life like they seemed to be. Looking back, what a laughing stock I must have been! Quite the opposite was true; I was failing miserably — failing at school, failing my relationships, failing financially, basically just failing at life in general. Black outs were normal for me, often times waking up not having much of a clue as to what happened the night before. It wasn’t until my father passed away that I reached my lowest point. After going through the experience of watching him take his final breath, the tequila-induced blackouts became more and more frequent.

I credit God and His corroboration with a Navy SEAL for saving my life. Perhaps not in the conventional SEAL fashion that one might imagine, but honorable nonetheless. It was at this point that I made the decision to completely remove myself from the community — to go off-grid. Upon making this decision, I was finally able to see clearly, to begin to love myself again, and to actually be available to be loved in return. Once I said goodbye to my old lifestyle, love opened its doors. My boyfriend — a European SF operator — and I started dating. Aside from the distance things were great…until they weren’t. I had struggled with alcoholism and addiction since I was about 15, but always thought I had it somewhat under control, chalking it up to just having a good time. But being in a serious adult relationship changed all that. My boyfriend acted as a mirror to which I could see my reflection on a daily basis. Turns out I didn’t much care for what I saw. I couldn’t bear the shame and guilt of past decisions. I couldn’t bear the fact that I had cared more about a group of men than I did about the man who gave me life when death was knocking at his door. I coped by drinking. But not like your normal lets-go-get-some-drinks kind of social drinking, I’m talking about the hiding-bottles-around-the-house kind of drinking. Eventually I got caught red handed and was given an ultimatum — either get sober or get gone. I chose to get sober.

After a few AA meetings it seemed I had shaken my obsession over drinking. I had about seven months under my belt when I decided to move to Germany to be closer to my boyfriend. I managed to stay sober for a little while, but my old friend beckoned me once more. This time things were worse. Months of normalcy were followed by months of chaos. I was a freaking pill and nearly impossible to get along with. “What the hell is wrong with me?” I often thought. No matter how many times I tried to stop I just couldn’t. Eventually my alcoholism would be what forced me to leave Germany and head back to my beloved desert.

What I’ve realized now after two months of sobriety, finding a sponsor, and working the steps of AA, is that that same mentality I so admired in team guys years back has partially been what’s given me the guts to look myself in the eyes today. To get down in the mud, fix my life and be the woman I was designed to be. No more self pity, no more pointing fingers, no more excuses. It’s do or die for me now. I don’t know what the future has in store for me, but today I am choosing life. I am not choosing to drink today so that I can be of service should I be granted a tomorrow.