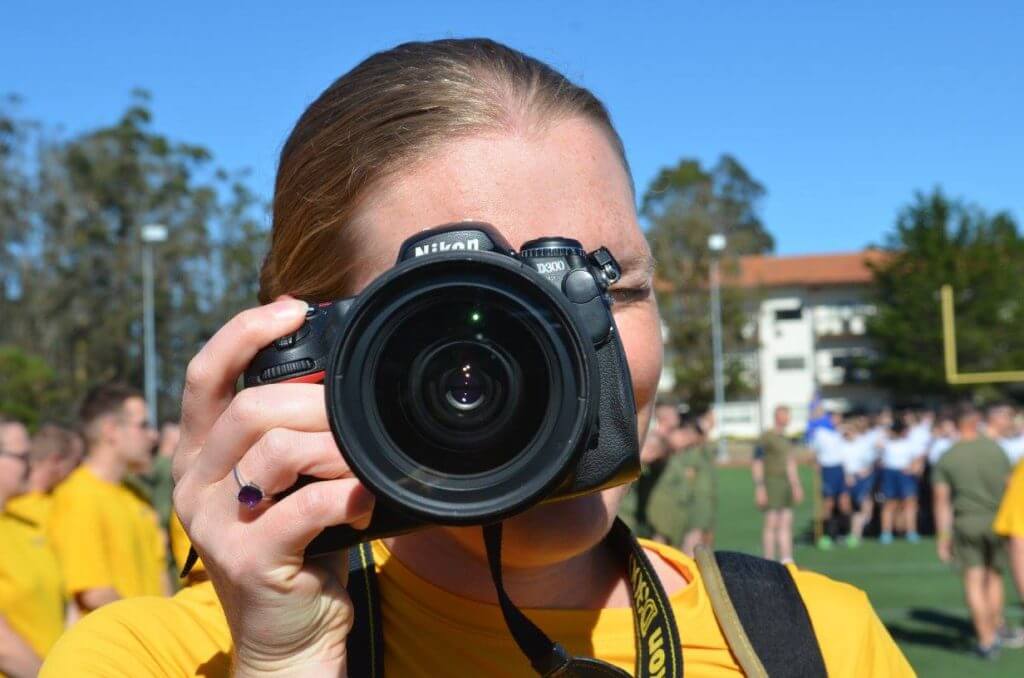 I’m a recent subscriber to the TNQ podcast, and I’ve been binge listening on my commute since I first heard about it. I have gone back and forth and debated writing my story. I questioned whether it was significant enough to tell, partly because my most impactful never quit moment is still rather recent and maybe still a bit raw. What I decided is that it’s not really about me, and it hasn’t been for a while. That maybe, just maybe, this helps someone else who is struggling in the same or a similar situation.

For background, I joined the Navy straight out of high school and went to bootcamp in 2005. Up to that point, things had been up and down in life, but I had been blessed with supportive parents who instilled in me the virtue of hard work. I had done well in school and joined to become a military linguist. After struggling with the physical training I had neglected in school, I graduated bootcamp and moved on to the Defense Language Institute (DLI), the training site for military linguists of all service branches. After graduating, I went on to my first permanent duty station and using my new language skills came naturally to me. On top of that, the timing of my entry to the service set me up for success. The next 10 years saw two reenlistments, two deployments – one to Iraq and one at sea – and a surprisingly quick advancement to Chief Petty Officer. I loved my job, even the difficult days. Things were going better than I had expected, and at my 11-year mark, I started my transfer back to the beginning, to be a Military Language Instructor at DLI. It was the assignment I had been trying to get for years and I couldn’t wait.

My most pivotal never quit moment came about six months into that tour when I was sexually assaulted by someone I should’ve been able to trust – a fellow service member, a brother in the Chiefs Mess, and my immediate supervisor. Nothing could have prepared me for the experience or what came next. In a matter of moments, everything changed. I began to doubt what I had believed and loved about my service and the people I served with.

I doubted myself. Obviously, this was my fault. It was something I had said. Was I flirting? Why couldn’t I stop him? I was a Texas girl that everyone was intimidated by, or so I’d heard for my whole career. I doubted my judgment and instincts. Did I miss something? Should I have seen this coming? There must be something I missed. I doubted the severity of the incident. Was it really that bad? This wasn’t rape. And he was drunk. Being drunk is not a simple thing that can be solved if you hire drunk driving lawyer. Being drunk can lead to many crimes. And sure, I had bruises from his hands, but what was that in comparison to what others had dealt with? I doubted whether anyone, even the people who knew me well, would believe me.

And then my brain started down the path of what happens if I report this. My command size was roughly 40 personnel, and 80% of those people would see the Unit SITREP that was required when a report is made. Among that number was a dozen Chiefs who would very quickly narrow down who I was, and who the offender was. What little control I felt I still had and any privacy would be gone. Then it was the constant mental tickertape of ‘you’re going to break the Chiefs Mess’ and ‘the command is already overtaxed and undermanned.’ And when I had almost come to terms with those possibilities, it was ‘you’re going to end his career and wreck his family.’

So, for almost two months, I tried to ignore it… forget about it… push through it. I got up everyday, put on my uniform, and went to work. I tried to paste a smile on my face, because that’s what is expected of women, even Chiefs. I sat through meetings, staring at him across the table. I facilitated training with him, because it was my job and it needed to be done. And every time I saw his face, I tamped down my desire to run out of the room. I pushed aside the constant nausea by not eating. I survived on coffee. I lost weight. I lost sleep. I tried to come to terms with the idea of working with him every day for the nearly two and a half years remaining in that tour. And I came to hate my job and the base and the institution that was now forever linked to 20 horrible minutes of my life.

I confronted him, and he told me he had no memory of what happened. He apologized. I wanted to believe him, and I desperately tried to convince myself that his apology was enough. I tore myself apart asking if it was justice to punish someone for actions he did not even remember. There was a dissonance between what I told myself to get through each day and the voice in my head screaming that he was wrong and his actions inexcusable, that I should not be the only person to pay that price. I tried to drown that voice with alcohol. I pulled away from people as much as I could. I thought about how easy it would be to end my life, end the pain and the struggle. But then, with the support of a select few friends, I finally started to believe that none of this was my fault, and that he should be held accountable for his actions.

I wasn’t prepared for what followed unrestricted reporting. Within 24 hours, my Command Triad knew. After 48 hours, I had been interviewed by an investigator, questioned in painful detail about what had happened that night. Next came waiting for months while the investigation dragged on, and still working with the offender in an effort to not influence the outcome. It was waiting for the regional JAG office to review the case. It was going through the whole mental process and the self-doubt repeatedly while I was waiting for news. And through all of that, it was getting up and going to work and doing my job because I didn’t have time to fall apart. I had people looking to me as an example or for advice. It was resisting the urge to pull away from everyone and forcing myself to continue talking to the people I trusted, the ones who supported me.

After eight months of waiting, along with countless conversations with lawyers and prosecutors and answering more personal questions about my conduct and giving my statement over and over again until I wanted to scream or cry or crawl under a rock and die, I was finally told that my offender would be going to Captain’s Mast for non-sexual assault related offenses; it was all that could be proven (as is the case for at least half of the substantiated cases in the military). Ultimately, he was allowed to retire as an E-8 with full benefits and minimal administrative or punitive action.

More than a year after the assault and six months after his mast, I asked to leave that command early. The constant looking over my shoulder was taking a toll on me. I still ran into him at the commissary; I dreaded the day he would show up again at work. It reached a point where I wasn’t sure if I would have a panic attack upon seeing him or reach for the nearest blunt object. I saw myself changing from a calm, collected, reasoning professional into an emotional, short-tempered bitch. I refused to let that happen, and that meant leaving that environment. I’ve moved to a new duty station, and continue to serve and lead. It’s been 18 months since that moment, and I don’t know how much longer I will serve. Another year… or four… or ten years. But even when my Navy service ends, that will not be the end of my story.

There is an excerpt in a book I read that compares mindsets with creatures or stories in Greek mythology. I’ve taken what I think is the takeaway from that comparison, and it boils down to this idea. When life kicks you in the teeth, you have three choices: you can let it take you out; you can be the phoenix that rises from the ashes of its demise; or you can choose to be the Hydra and not just come back, but come back twice as deadly, twice as determined. Some days, being the phoenix is enough, and that’s okay.

But don’t just be the phoenix; be the Hydra.

PrevPreviousGratitude
Nextone day at a timeNext