I serve in the company of heroes! 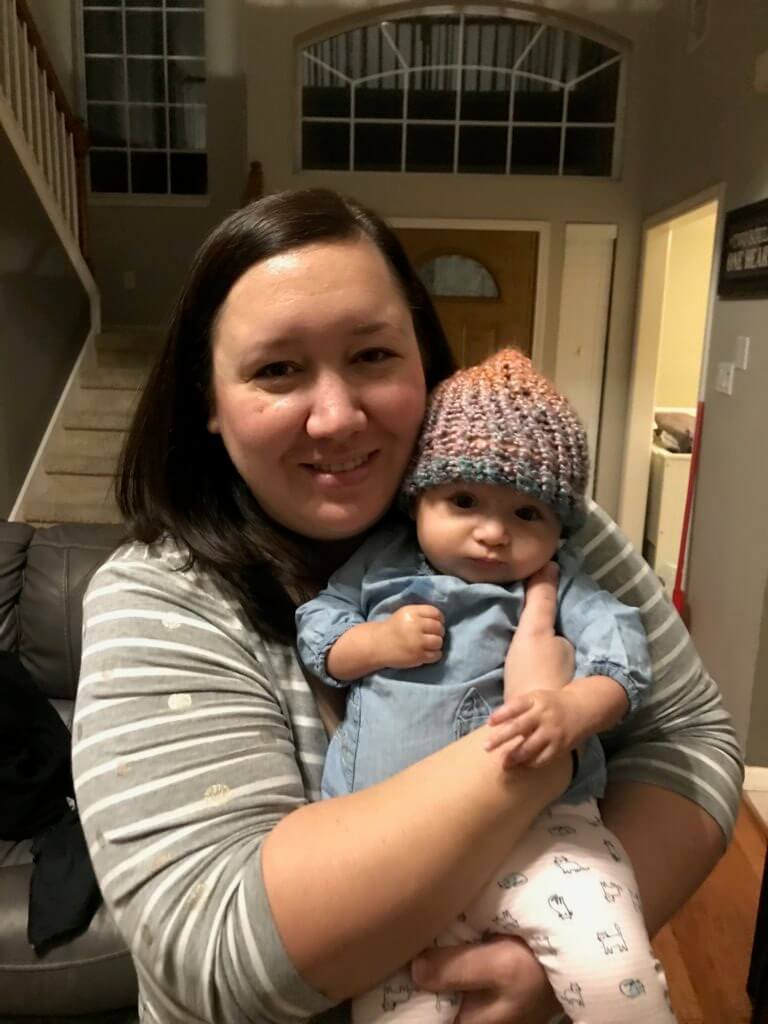 I by no means am no hero. I have no military experience; I have never had a debilitating injury or disease. But I consider myself privileged to tell this great never quit story on behalf of one of the strongest women I know: my wife Erika.
On July 5th, 2018 Erika and I were in the hospital, ready for her to be induced for the birth of our daughter. This would be our first child. We were both very excited but also very nervous. You see Erika’s pain tolerance is very small, negative in fact. So needless to say childbirth was not something she was looking forward to.
Erika was induced on the morning of July 5th and it took 13 and a half hours for her to reach 10 cm, but the baby was too high. After an hour and a half at 10 cm, the nurse decided it was time to start pushing. The pushing regiment went as follows: at the start of her contraction Erika would breathe in and hold for 10 seconds while pushing with everything she had, exhale, then breathe in and hold again while pushing for another 10 seconds, then exhale a final time… this would happen with every contraction, which were spaced a minute or so apart. As you can image, this can get very exhausting, very quickly. Little did we know, she would have to do this routine for 2.5 hours!
Throughout that entire time, my adrenaline was pumping, my heart racing, and my energy level was high. I was sooo pumped. Not only was I excited, but I knew I needed to keep the energy high, which in turn would give my wife the energy she would need. Because unlike me, she didn’t have the option to quit. She couldn’t throw in the towel because she was tired. So as a husband, I need to do everything I could to support her.
Towards the end my wife was beyond tired. But like me she was fired up. She would start pushing even before it was time to push, and when the second push cycle was over, she would scream for a third! She would NOT give up. Finally, at 4:14 am, after 2.5 hours of pushing, our daughter Olivia Gray Cantu was born. I felt I had just witnessed the greatest endurance feat of my life! Erika had performed beautifully!
The nurse handed my wife our newborn daughter, she was so beautiful. There was more exhaustion in Erika’s eyes than tears, but don’t worry, I was tearing up for the both of us. Then my tears turned to worry as I saw look on the doctor’s face… then heard what sounded like water being poured into a bucket… except it wasn’t water. It was blood. Erika was bleeding, and it wouldn’t stop. When I asked the doctor what was wrong, she said the placenta didn’t detach, and as long as it was still attached, Erika would continue to bleed. I turned to Erika… her eyes began to roll back to white and her hands holding our daughter started going slack.
Finally, the doctor told Erika “I am sorry, but I HAVE to do this!” She reached into my wife, grabbed the placenta, and began YANKING! And my wife screamed! The doctor continued to push down on Erika’s stomach as she pulled from within, all the while my wife screamed at the top of her lungs!
FINALLY, the placenta detached, and the bleeding instantly stopped. By God’s grace Erika would be fine, and our baby girl was happy and healthy.
Major Richard Winters from Band of Brothers once said “I am not a hero, but I served in a company of heroes”. I am no hero. My wife is the hero of this story, and of my life. By the time my daughter was born, I had been awake for over 40 hours. Over the course of the next week, I would only get a an hour or so of sleep a day. But the exhaustion I felt would never come close to what my wife endured. And as I hold my sleeping daughter, I thank God that she was born from a women with the strength greater than my own, with a strength to never quit!