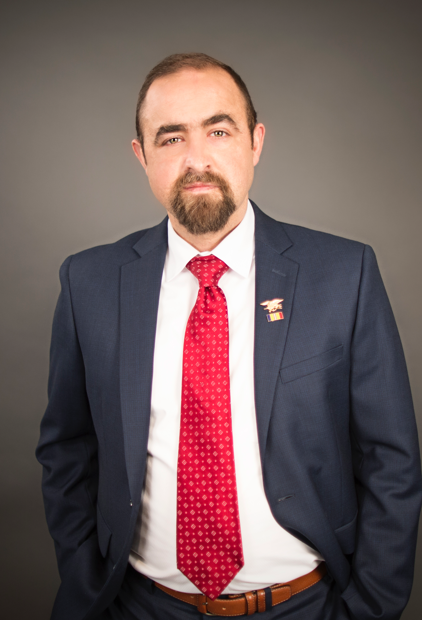 Justin Legg – (Retired LCDR Navy SEAL) doesn’t know the meaning of the word quit. It isn’t in his vocabulary, a fact that makes him a valuable member of Team Never Quit.

After graduating from the U.S. Naval Academy in 2000 with a B.S. in Systems Engineering, Justin reported to Basic Underwater Demolition/SEAL Training in Coronado, CA. He graduated BUD/S as a member of Class 234 which was captured on the Discovery Channel documentary, “Navy SEALs: Class 234.” Justin deployed twice to the Middle East, including a seven-month combat tour during Operation Iraqi Freedom. After returning from Iraq, he transferred to Special Boat Team TWENTY-TWO in MS, where he served as a Task Unit Commander and the Team Training Officer.

But life stateside was filled with challenges of its own. Justin’s home and his wedding plans were wiped out by Hurricane Katrina. Then only five months into his marriage to his wife, Suzanne, Justin was diagnosed with Leukemia. The next six months brought over 50 chemo and radiation treatments and a move to Seattle where he received a bone marrow transplant. But that didn’t stop this warrior.

Once recovered, Justin moved on to a new assignment in Virginia Beach. Two years later, he developed Graft Versus Host Disease, in which the immune system that developed from the donor bone marrow attacked parts of his body. Justin fought this disease and rehabilitated himself well enough to become an operational SEAL Platoon Commander.

Then, complications of a lung biopsy brought on complete respiratory failure and put Justin in a coma for two weeks, a downward spiral that led to a double lung transplant. Justin became the first, and still only, double lung-transplantee in the world to climb Mt. McKinley and to run three half marathons.

As a twelve year veteran, Justin retired from the Navy and went on to receive a Master’s Degree in International Relations from the Johns Hopkins School of Advanced International Studies (SAIS) in Washington D.C. Today Justin takes on all that life presents and lives each day to the fullest, one breath at a time.