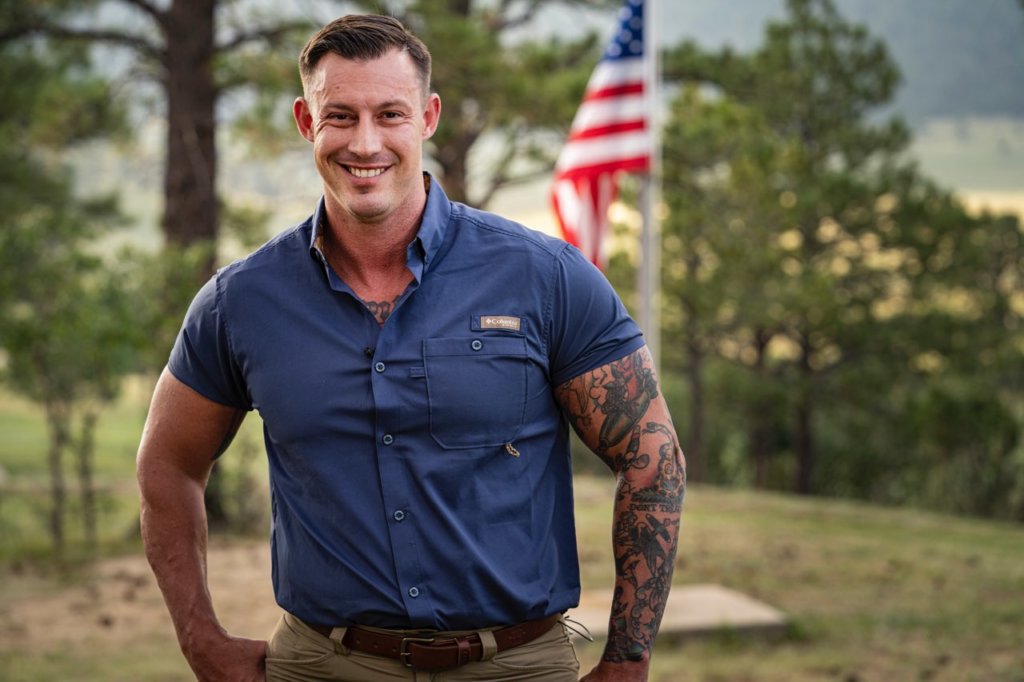 Combat-wounded Staff Sergeant (Ret.) Johnny “Joey” Jones turned a traumatic, life-changing disability into a personal mission to improve the lives of all veterans, and share the life-changing perspective and gratitude he found in his recovery. Jones is a contributor across all FOX News Media platforms, including FNC, FOX Business Network (FBN) and FOX Nation. He is a fill-in host for the Fox and Friends franchise as well as the hit prime time show The Five.

Jones’ easy rapport with and genuine concern for people of all walks of life has led to a long list of speaking opportunities. His message focuses on overcoming adversity, finding a positive perspective in dire situations, leaning on those around you, and finding strength in yourself and your community. Rather it be on live television, in writing, or speaking to a live audience, Joey’s genuine demeanor, thoughtful approach and innate humor allow him to masterfully connect with people on a gamut of issues. He simply believes we all need the opportunity to tell ourselves it’s time to, “Get up, Get Over it, and Get Going.”

Known to his friends as ‘Triple J,’ Jones was raised in Dalton, Georgia and enlisted in the Marine Corps after high school. During his eight years of service, he worked as an Explosive Ordnance Disposal (bomb) Technician, deploying to both Iraq and Afghanistan on separate tours. During his last deployment to Afghanistan, Jones’ team rendered safe and destroyed more than 80 improvised explosive devices (IEDs) along with thousands of pounds of other unknown bulk explosives. It was during that tour on August 6, 2010 when he stepped on and initiated an IED, resulting in the loss of both of his legs above the knee and severe damage to his right forearm and both wrists. He recovered at Walter Reed National Military Medical Center in Washington D.C.

Determined to make the road to recovery easier for his fellow wounded veterans, Jones founded a peer visit program at Walter Reed, providing opportunities for others recovering to mentor and encourage newly injured patients. His dedication and relentlessness led to an unprecedented year-long fellowship on Capitol Hill with the House of Representatives Veterans’ Affairs Committee. His work resulted in the creation of an annual fellowship for a wounded Marine.

During his recovery, Jones took classes on campus as Walter Reed. After regaining full physical independence in July 2011, just ten months after his injury, Jones sought the best possible education and enrolled in Georgetown University. He completed his education in May 2014. His time at Georgetown fostered relationships and efforts that are still changing the lives of veteran students on campus today.

After losing his childhood best friend to PTSD-related suicide in 2012, Jones decided to make veterans’ issues a key part his professional work. Throughout his post-service career, he has carefully fostered relationships with key players in politics and media in an effort to keep those issues at the forefront of discussion. He’s shared his experiences and insights on the challenges facing active duty and retired service members at the White House with President Obama and with former President George W. Bush. He has also visited with multiple cabinet officials and military generals; he still enjoys a close personal and working relationship with current Marine Corps leaders. He remains active in politics as an advocate on veteran and military issues.

Jones’ deployment, injury and subsequent recovery were documented on ABC Nightline and CBS Evening News. His family’s color past as moonshiners and race car drivers was featured in the premiere episode of the hit series “Religion of Sports”. On the big screen, Jones has a speaking role in the Academy Award-winning film “Lincoln,” he appeared in the independent film, “Range 15” and was a technical advisor for the independent film “Bad Hurt.”

Jones currently serves on the Board of Directors for the national nonprofit Boot Campaign, which serves the health and wellness of the veteran community through a pipeline of treatment resources.

Jones resides near Newnan, Georgia, just outside Atlanta, with his wife Meg, his son Joseph, their daughter Margo and their two dogs Chief and Tucker.

In his spare time, Jones is a novice woodworker, an avid hunter, and dedicated college football and Atlanta Braves fan. Go Dawgs, and God Bless America!