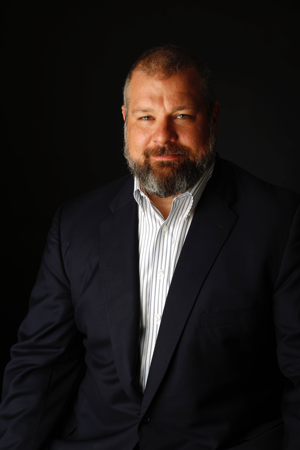 Clint Bruce was born in Arkansas and raised in Texas. A standout football player, Bruce was given the opportunity to play at multiple Division One programs. Ultimately, Bruce took his sense of patriotism and passion for the game to the United States Naval Academy.

Bruce is one of the most decorated Navy Athletes in the Academy’s history. He was a four-year letter winner, captain of the football team, MVP, and named to multiple all-star teams during his career. Bruce is also one of the few service academy athletes given the opportunity to play professionally with both the Baltimore Ravens and New Orleans Saints.

When given the opportunity to become a Navy SEAL, Bruce made the tough decision to leave the NFL. Completing Basic Underwater Demolition SEAL (BUD/S) training in 1998 with Class 217, Bruce reported to SEAL Team FIVE in Coronado. As a SEAL Officer he deployed with three Platoons in direct support of Counter-Terrorism Missions and the Global War on Terror.

Since leaving the Navy, Bruce has founded two companies and one foundation. The first, Trident Response Group or TRG, is a trusted advisor, analyzing risk for America’s best businesses, leaders, and families. HoldFast is a speaker’s bureau that coaches and employs veterans and transitioning professional athletes, providing world-class speakers to world-class companies. And Carry the Load is a foundation created to help America better honor fallen firefighters, law enforcement officers, rescue personnel and military during the month of May.

Clint Bruce is an integral member of Team Never Quit. Today, he lives is Dallas with his college sweetheart and their children.