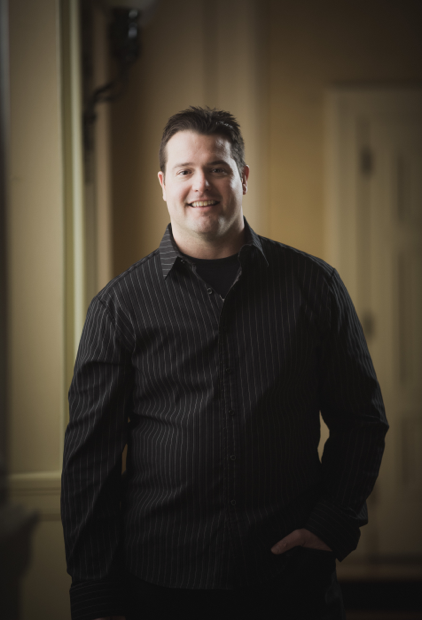 Billy Wagasy played college football for Notre Dame, graduated from Pepperdine Law School, served for 10 years as a Special Operations Chief in the Navy SEALs, and wants to make one thing perfectly clear: “In the beginning, I wasn’t good at anything. None of it came easy. But I’ve come to believe that ‘natural ability’ is for amateurs. I put in the hours in the weight room, burned the midnight oil in the library, and learned how to run hundreds of miles through soft sand just as well as guys 100 lbs. lighter than me. I’ve trained myselfto train myself, and once I’ve set my eye on a goal, there’s no stopping me from reaching it.”

That’s not just talk. As a kid, Billy loved sports and school, but it was a long road from that love to playing Outside Linebacker for the University of Notre Dame under Coach Lou Holtz and graduating from the prestigious Pepperdine Law School.

Then, in 2001, as he was preparing to begin his legal career, the 9/11 attacks moved Billy to put everything on hold to serve his country and defend our nation. He enlisted in the United States Navy in 2001, and in 2003, completed BUD/S Training. After becoming a SEAL, Billy deployed three times to Iraq and once to Afghanistan, running hundreds of missions and seeing some of the most brutal combat imaginable. “A long time ago,” states Billy, “I decided to live my life by a set a values, a code, so that no matter what I did or what I experienced, it would never change who I was or what kind of man I would be. There’s no doubt in my mind that’s what allowed me to become a SEAL, achieve my dreams, and live my life with honor.”

Today, Billy channels the sum total of his experience and passion into addressing crowds – from first responders to corporate giants to professional sports organizations – across the country. His undeniable charm and disarming humor allow him to immediately connect with audiences as he weaves personal stories of service and sacrifice, with lessons from world history, into a narrative that is both personal and universal. (If you think becoming a SEAL is tough, try working King Leonidas, conflict resolution, surviving an IED attack, and the Peek-a-Boo boxing style into the same speech… and bringing people to their feet at the end!)

“There’s nothing more sacred in this life than to identify, and follow, your purpose,” asserts Billy. “… If I can help people find ‘fight’ in their lives, share with them the tools that have served me well, and see that being part of a team sweetens triumph and helps weather tragedy, that’s a good day for me. Their success is my success.”