The Strength of a Sailor 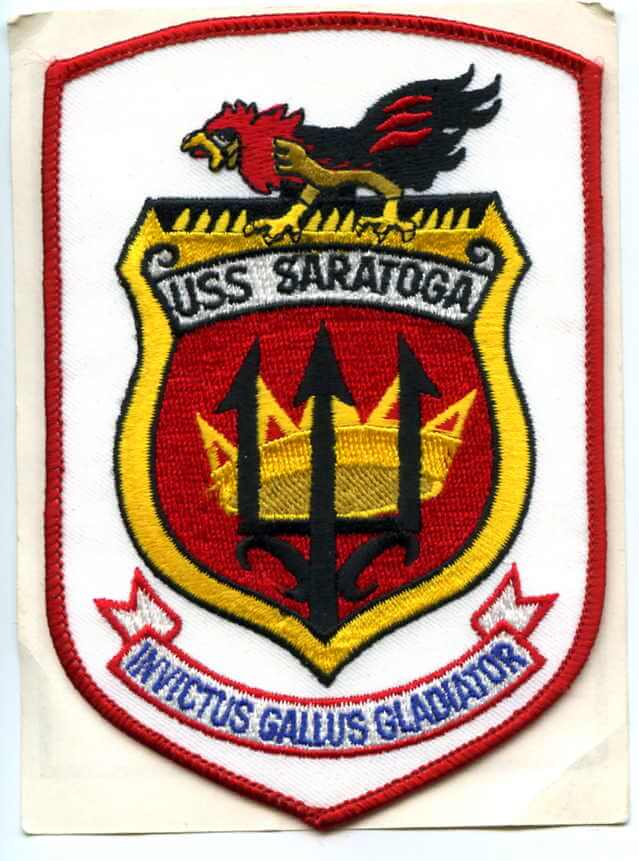 I’ve written into your show before and it was titled “ man of the House “,
And I couldn’t help but want to share an amazing story with you all. This story is a little dynamic and has a few moving parts.

I apologize for the grammar mistakes ahead of time. (lol)

In November of 2015 I was on my way home from work and received a phone cal from my father in law saying he was at the urgent care and had fluid in his lungs. For several years he’s had a persistent cough and was recently checked out at his regular doc who said he had a chest cold. After the urgent care visit he was transferred to the university of Maryland and spent the next several days in the hospital. He was diagnosed with mesothelioma.

My father in law John served in the navy on the USS Saratoga which he was a firefighter, but his other job was ordinance and he’d load the planes with whatever their payload was. All the ordinance was packed in asbestos. After the Navy John went to work for the Fire Department and began to be a fire service instructor. He’d later retire from the fire service as a Sargent and work as an instructor full time. He continued to volunteer as a firefighter as well and eventually became chief of his department. As an instructor he was in charge of special projects and taught all over the United States. The projects he coordinated were all over the world including the DOD. He loved the fire service, and his Pipe Band. John was a tenor drummer who’s passion for music was inspiring to all who knew him.

The fire service was what he loved, he spent 50 years of his life involved in it. But everything he did and all the hard work , late nights, and time away was all for one thing ….. his family.

John loved his son, his beautiful daughter, and the center of his world his lovely wife.

When John became sick he refused to let it get him down and would continue to fight and exemplify what the never quit mindset it. He would find ways to keep himself busy and if he slipped his wife was right there to catch him and keepHim going. John loved his grandchildren and no matter how sick he felt or what treatment he was going through they would bring a smile to his face and he’d fight harder. One day after an appointment John became short of breath and weak. After some tests the Doctors determined he passed several clots through his heart. Just one clot can cause someone to drop dead immediately. John continued to fight, and persevere. John would later become a candidate for experimental radiation. After a few weeks he finished treatment and was able to walk out and play his drum with the pipe band during the bell ringing (end of treatment ceremony)

During the time while John was sick, my wife and I became pregnant and he was so excited for the news that he would be having a third grandchild and that it was a boy. The first thing he asked was if he’d be a fireman like his pop pop , uncle and daddy. Of course the answer was yes.

The next few months just as any disease
There are good days and bad days and the good days started to become farther apart.

On August 29th 2016 at 223pm Surrounded by his family, on fair winds and following seas John traveled to Valhalla. The pain and suffering was over for him and he was at peace.

This started what the family is now in our never quit story. His lovely widow Liz had adjusted to a new normal but Johns determination and fight is in her. Liz stays in the fight daily. She is in her never quit moment and continues to thrive. It is remarkable to whiteness her strength.

My wife and I welcomed our son into the world in February of 2017. Our sons middle name is after his pop pop, and he looks just like him. The mannerisms, facial expressions and smile are all identical to his pop pop.

In August of 2017 the family put on a fundraiser for mesothelioma in Johns name and will continue to do something every year to Raise money for research. We have another one scheduled for October of this year.

A hero remembered never dies…..Johns strength will live through us all in our daily
Lives. One man’s remarkable fight has created ripples that have inspired many to keep going and to stay in the fight. I only wish he could have listened to your podcast because I know he would have loved it.

The patch for Johns ship has a saying “ Invictus Gallus Gladiator “ which translates from Latin to English as —- Unconquerable gallant fighter……….. how fitting

Take care guys and thank you for all that you do