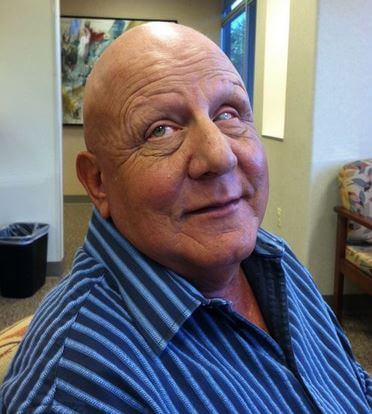 I have a few Never Quit stories but they are all inspired by a single man with one hell of a Never Quit story of his own. His name is John Borelli. John passed away only a few weeks ago. His services are actually tomorrow, otherwise I’d let him tell you his story. But I can compromise. He has been in the media most of his life because of his never quit attitude. In fact his Obituary specifically references his “never save never attitude.”

But I can let him tell you some of his story(see YouTube link below). Before that, however I want to share some of his accomplishments and then tell you why he is Team Never Quit material. John loved to ski and won several competitions. He liked to take long walks through the busy Denver area, Like most people he knew how to drive a car, in fact he’s even driven a snow cat to groom trails at his favorite ski resort. For the past 20 some years he has been a rancher in Wyoming, which as you guys know, is no easy job. But through his determination and hard work not only was he able to make it work, his little ranch grew in size due to his success. He is also an avid hunter and shooter. He has his own shooting range on his ranch, he reloads, cleans his guns. He has taken trophy antelope in all four corners of WY and many other large game animals.

I’m sure that at this point the thought “And? What makes this a never quit story? It seems pretty normal. These are not monumental tasks. Like driving a car, any 16 year old can drive, right?”

Johnny was completely blind. Not legally blind, completely, it’s midnight in space, pitch black blind. So driving was a bit more of a task for him. He would drive across his ranch using a system of bumps and ditches to tell him where he was at. He also had some help hunting with spotting of animals and aiming, but it wasn’t a sit in the back of the truck and we’ll take you to them to hunt. Johnny would get out and hike like the rest of us. Just like Skiing, he was up on his own skis skiing down the mountain.

[Text in middle of the article Colorado Springs Gazette, March 3, 1978] “Blind Skier Victorious WINTER PARK, Colo. (AP) 1 — John Borelli of Lakewood, .Colo., who is blind and skis ! with voice signals from an accompanying guide, won the sla- lome event Thursday at the 1978 Handicap Nationals ski meet here. The 25-vear-old Borelli. who skied for eight years before losing his sight to diabetes, completed his two runs with a combined time of 15126 seconds We resumed skiing two years ago through the Winter Park handicap skiing program.”

John always took care of himself. He was blind because of Type I diabetes. Being a medic myself (And I know you guys know this too) Type I diabetics require daily insulin injections and also monitoring with a glucose machine. All of which he did himself. I know I’ve never dosed myself with insulin (I am also a T1D) with my eyes closed. And I’m sure as hell not going to do that to one of my patients. But it was an everyday thing for Johnny. He found ways to do it, and it was just life for him, nothing extra special. No one ever had to take care of John. He of course had helpers, but he was always his own man.

Now I mentioned that I could let him tell you a bit about himself. PBS has a short (less than ten minutes) video on YouTube. This was one in a long line of newspaper articles, write ups and documentaries that have been done on him. (Link below)

John helped inspire many, many people along the way. It was one of his many services that he did to help others. So I hope that Team Never Quit will help me spread some of that inspiration. And while I have more stories about amazing things he did than I can count I want to close with these two thoughts.

First John was always quick with a joke and was one of those people that had a magnetic personality. Everyone liked him and for good reason. He was an absolute joy to be around.

Second and much more importantly he was humble. He never felt anyone owed him anything. Not even a parking space. When I asked him if it was nice to be able to park in front everywhere he went he had a firm stance on that. He did have a handicap tag for his vehicles (Don’t worry he didn’t drive on the public streets, most of the time. He had friends to drive him where he needed to go) but it only came out of the center console when the handicap parking spots were the only ones left. Otherwise he said to me “I can walk just fine, let someone who needs them, have them.”

P.S. The only thing I wish is that I could have found this podcast sooner so he could have told you his story himself. And while he’s got friends and family that I could get to tell you all sorts of amazing and funny stories about him, he could always do it much better himself.