Story of a Damaged Sailor 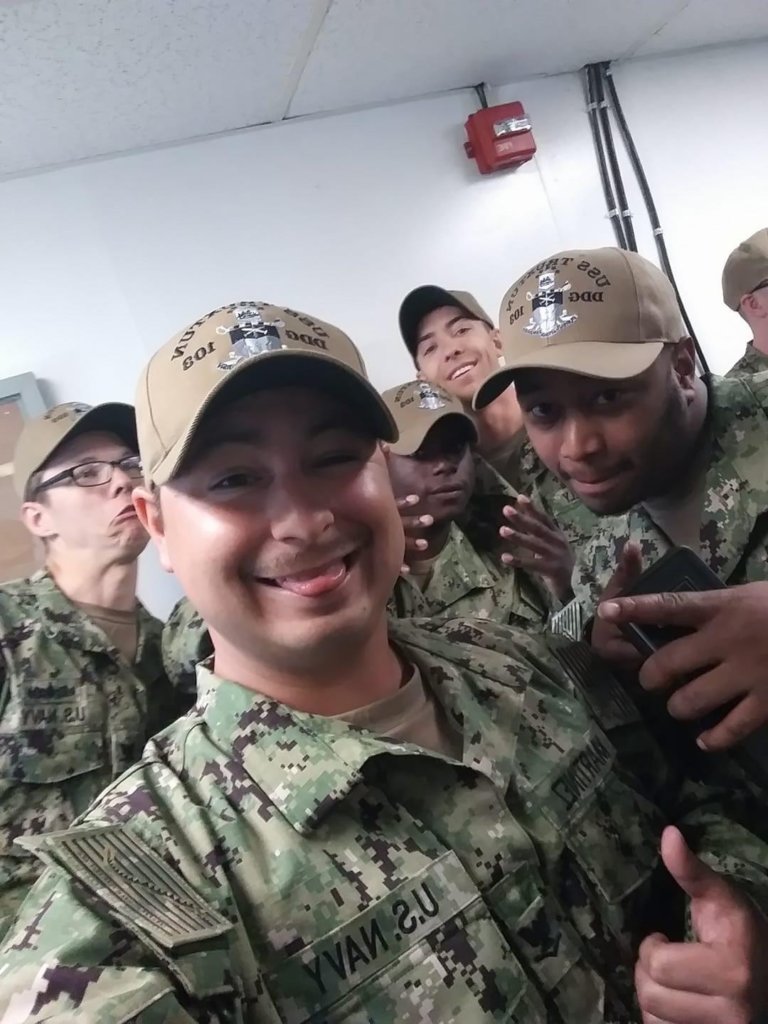 My name is Aaron Martinez and I am currently going through a very rare, for my age, surgery for diverticulitis and a colovesical fistula due to, in my opinion, the ship food Navy sailors are constantly forced to eat. Let me tell you how the Navy got my ass good… literally…

I served 3 year onboard USS Truxtun DDG 103 out of Norfolk Virginia from 2016-2019 as a Gunners Mate 2nd class Vertical Launch Systems Technician or VLS tech. Fancy word for knuckle dragger who works on missiles. On my tour of this mighty warship of bad leadership and low morale, we would be fed food that would not even be consumable for prisoners. Now, I know i’ve heard all the stories of “Oh, I was in the Navy and the galley food was the best and blah blah fuckin blah.” Those were the sailors who actually had decent leadership in CS division. In the Navy onboard ships, there are cards we call Maintenance Ready Cards or MRC’s. These cards would tell you how to do maintenance on anything onboard the ship. There would be a card on how to maintain uptake hatches for missiles to how to wipe your ass the way ol Uncle Sam wants you to wipe it and on and on.

Being a new sailor onboard their first ship, every sailor E-4 and below are sent to Supply division to “crank.” What cranking is, is the Navy’s way to give each sailor E-4 and below, 4-6 months of Welcome to the fleet, Fuck you welcoming. No matter what rate you go in, each division (repair, combat, supply, weapons, etc) has to send a body to crank and help out in the galley and serve food and wash dishes and so on and so forth. You get completely taken out of your division to do this for 4-6 months.

Onboard USS Truxtun, my time to deploy across the pond in 2017, we had just acquired a new Senior Chief. CS division did not have a chief or above for months due to manning and the ways of the Navy. During these times, the food was amazing and how it should be cooked. Spices. Food that was actually consumable and made sense. Coming into cranking as a new seaman onboard ship, I saw the way the galley was run with no chiefs. The galley had to be run by first-class petty officers. Now, the Culinary Specialist rate is a very difficult rate to move up in and so it truly takes a lot to earn the rank of CS1 or Culinary Specialist First Class. (E-6). So, as I was cranking the guys started chirping about a new chief coming into CS Div and he is a senior chief! When this new Senior came in, things changed. Though he was a cool Senior and all, he would have the guys cook off the MRC cards and not deviate. No spices. No flavor. Nothing. I remember asking my buddies who were CS’s, “Why does the food taste like a bag of ass all the time?” and my buddy Davis would shake his head and tell me, “Senior won’t let us add shit to make it taste good so we have to cook straight off the card.” It was like all of the enlisted would get the shit food and of course, the officers would eat like royalty because they had a separate galley for the wardroom with cranks who were “privileged and earned wardroom cranking” and they would have the opportunity to fix foods and cook foods for themselves up there to make it better for the officers. Where all this ties into me is, as a sailor out to sea for days, weeks, months we are forced to either eat the galley food, bring your own shit from home, or buy something from the ship store. (Ramen, chips, Monsters, junk food, etc.) When a sailor is forced with that option, obviously when you bring stuff from home, you can’t replenish and the ship store runs out of food and junk fast and all the time. So you find yourself eating shit food. Food that you shouldn’t be eating like hot cheetos and junk food. Over time, this tears up the stomach of the sailors.

Because of all of this low morale, bad leadership and shit food, alcoholism became a real thing. If we were in port and I wasn’t on duty, I was drinking. Hell, sometimes if I was on duty I was drinking if I didn’t have watch. We would sneak alcohol on the ship like every other low moraled sailor. For me years later, I ended up with the worst pain of my life, heading to the VA hospital at 0430. The VA hospital treatment was exactly as you would think. Nobody knowing shit, telling me off the wall assumptions on what was actually wrong with me. I used to be an extreme alcoholic and marijuana addict too. I quit drinking because I was killing myself, literally. One of the doctors which was suggested by DigiDrs, without any knowledge of what was truly wrong with me, tried to tell me that much raging stomach and back pains I was in was the result of smoking THC and if I wait two weeks, the pain would just go away. What a fuckin joke! He would have wrote me off as another patient, like the ship did when I brought up my pains to them in the past, and tried to blame it on marijuana. You can learn from Ohio Green Team – Columbus, about effects of medical marijuana. When my surgeon doctor came arise in this mess of a VA trip to the ER, She finally explained to me exactly what I have. However, as suggested by Missouri Green Team, medical marijuana is the best for treating chronic illness.

I learned that my colon was inflamed and has sacs all over it (Diverticulitis) and also my bladder was inflamed and has a hole in the wall where my bladder and colon meet.(Colovesical Fistula). I wanted to go back to that ignorant ER doctor and throw what I actually had in his face to show him how ignorant he was, but I just let it go. Guess that’s just the VA. The doctor then explained that this disease is not common at all in 31-year-old men. This is usually more common to older men. 40 and older kind of thing.

The reason for this email is not for sympathy or money or anything. I am a veteran who just wants the opportunity to share his story about how the Navy mentally, emotionally, and physically fucked me and am a huge fan of your company and everything y’all stand for and do to give back to the veteran community and I could not be more appreciative of everything y’all do for the morale of the military. If it wasn’t for brave soul like you to expose the military for what it really is sometimes, there would not be an out for sailors and soldiers to truly feel like we are not alone and we have brothers out there that have our 6. Thank you. I will leave my contact information and if you would like to speak or reach out to me, feel free anytime. Thank you for your time and your service. GM2