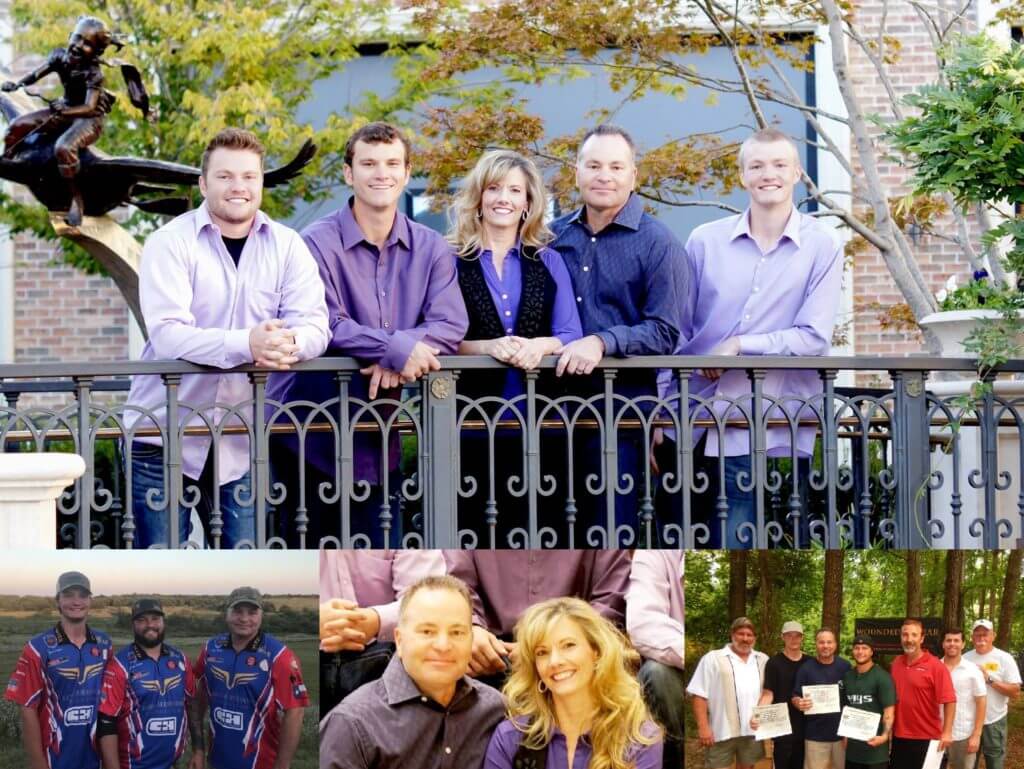 This is not my story but that of my wife, Marianne. We met in college and dated for 2 years before marrying. We had been married for a little over a year when Marianne became ill. The doctors initially believed she had food poisoning or a severe case of the flu. She quickly became dehydrated to the point she had to be hospitalized.

After a week in the hospital she began having seizures which intensified until she was having them almost non-stop. She soon lapsed into a coma and her organs began to shut down one by one. Within a matter of hours she had stopped breathing, gone into cardiac arrest and was on life support. The doctors still had no idea what was wrong or how to stop her rapid decline. I was told I should gather the family and prepare to say our goodbyes.

Then the first of countless miracles occurred. Our family doctor, who relentlessly refused to give up on her, was gathering specialist from all over the state. He dragged one of the world’s leading blood specialist out of bed and convinced him to come to the hospital and assist diagnosing her. He was able to determine Marianne was suffering from a rare blood disorder known as Thrombotic thrombocytopenic purpura (TTP). In TTP, blood clots form in the small blood vessels throughout the body. The clots limit or block the flow of oxygen to the body’s organs, including the brain, kidneys, and heart. We later learned she had contracted TTP via E coli poisoning from contaminated beef (obviously not Texas beef).

They immediately began a regiment of blood transfusions, plasma therapy and blood thinners. This slowed her decline but left her clinging to life with almost no brain activity. Brain scans revealed extensive damage to areas that had been without blood flow for extended periods of time. We were told that if she survived, she would have severe brain damage and require full-time care for the rest of her life. Other major organs also showed extensive damage. She had no kidney function and was put on dialysis.

She remained in a coma for 3 weeks before emerging just long enough to heighten our fears about the extent of her brain trauma. Slowly her vitals began to improve and two weeks later she reemerged from the coma. She could not speak due to the breathing and other tubes but appeared to recognize most of the family. When the tubes were finally removed there was another miracle as she was able to speak, however it was with great difficulty and at the level of a 2 or 3-year-old. Then another miracle when her kidneys began functioning again, 7 weeks after failure. She expressed her excitement as a small child would, beaming “I peed”, as if she had just won the lottery.

After 8 weeks in intensive care and three months in the hospital I was finally able to wheel my bride home. Huge challenges laid ahead, but she was alive and fighting. Months and years of physical therapy and reeducation followed, but she refused to quit. She struggled to walk again and slowly regain her strength. She was a college graduate who had to learn to read and write again. Had to relearn basic math, history and vocabulary along with daily life skills. The burden was overwhelming, but she refused to quit. A talented musician and artist, she had to relearn to play the guitar and draw again, but she never quit.

Three years of relentless effort brought miracles in recovery that defied and humbled the doctors. And then the biggest miracle yet…a baby boy that was not supposed to be possible. Named after the family doctor who refused to quit on her, Isaac was a big healthy boy who would love her and protect her with all his heart. Two more sons would soon follow and she became the referee in the daily WrestleMania that was our house full of boys. Thousands of ball games, hunting trips, accidents and injuries that active boys bring cemented her as the greatest Mom three boys could have. Three miracle boys who adore her, love her and are her vigilant guardians.

After her boys her next great loves are her dogs and her horses. Unfortunately, a new horse brought her next big challenge. A young Paint she was training spooked, reared up and came back over on top of her with the full weight of the horse crushing her. The mare rolled off her and then back on again in its struggle to get on its feet. She was rushed to the hospital with her back, pelvis, sternum and most of her ribs broken and in danger of bleeding to death from internal injuries. Again, she somehow survived. Months of physical therapy and painful recovery once again followed, but she never quit.

Then came her greatest challenge yet. This time it was not physical but rather emotional, psychological and spiritual. Marianne summoned the strength and overcame her fears to confront her father about years of abuse of her and her younger sister. As this often does it embroiled the entire family and resulted in Marianne and her sister being disowned. The conflicting emotions, loss of family, self-doubt and guilt from a seemingly devout religious home spun Marianne into deep depression. Getting out of bed each day became a battle as did constant thoughts of suicide and defeat. But again, she never quit. She has fought to understand the pain and how to direct it in positive ways. In her father’s final days, he finally softened his heart and asked for her forgiveness.

Today we are blessed to live in the same beautiful small Texas town as Marcus and Melanie. Two of our son’s and I are honored to be members of the Lone Survivor Foundation Precision Rifle Team and proudly wear the LSF logo on our chest and “Never Quit” on our shoulders. We were also fortunate to spend 2 weeks with Don & Diane Shipley at Extreme Seal Experience where we got just a glimpse into your world and were honored to get to know of few of your Brothers. But in our home, full of testosterone and alpha males, we all believe my beautiful 115-pound wife is the biggest badass we know. Every day she battles with the aches, pains and limitations of her broken and battered body, difficulty learning and remembering, chronic fatigue, depression and anxiety, but she never quits. Through it all she radiates love, tenderness, gratitude and faith that enriches the lives of everyone she comes in contact with.

I thank the good Lord every day for the blessing she is in our lives, for the miracles that kept her with us and for her resolve to “Never Quit”.