We shall not flag or fail 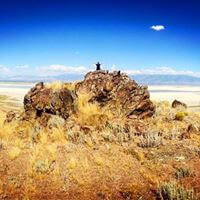 As my favorite author, Ernest Hemingway once said, “Write hard and clear about what hurts.” So, that is what I am going to do for the first time. I am going to sit behind my “typewriter”, and bleed as he put it. I am not a very open person, so bear with me on this. I have only told a handful of people about this, but I hope it reaches someone who needs to hear it.

I was a Sergeant in the United States Marine Corps, and loved it. I felt invincible, and alive. I was good at what I did, and enjoyed my time while I was in. I had the best and worst times with some of the best people I may ever meet. In 2014, I was honorably discharged, and sent back on my way into the “real” world just as many do. I directly went from being a hard charging enlisted Marine, to being a full-time college student at a private University. I went from professionally swearing, yelling, and drinking to sitting in the back of a classroom amongst people in which I could not relate to. Now, let me mention that I did not do all of the high speed low drag things that many of my friends or many other people have done while being in the military. I do not suffer from PTSD, nor do I have any job-related injuries. I was in Afghanistan, but only went outside of the wire a few times. The issue that affected my life has to do with my new-found identity crisis that I found myself going through at 24 years old. Being a part of a warrior culture in which is so vastly different from the culture of the generation that I regretfully belong to, is where my story truly begins.

In the beginning of 2016 I found myself becoming a different person. I had stopped going to the gym, stopped going to school, and stopped being myself. I was pushing my husband, family and friends away without even knowing it. The person that I was becoming was someone I could not even recognize, nor wanted to. I was drinking way more than I ever had before, and became the heaviest I ever have been. I had done a complete 360, and could not stop myself. I had lost my sense of purpose, my sense of drive and ultimately, I was losing myself. I have always been a mentally tough person, and unconsciously hard headed. I say unconsciously because I don’t do it on purpose or for kicks. I find myself in trying situations that I have to learn the hard way from in order to thrive afterwards. I love and hate that about myself, but it keeps me humble and cogent. The identity crisis I was suffering from at such a young age, was holding me back. It was altering my life to such a point that I was becoming mentally weaker. I was no longer that person that is home on leave, and your parent points to with pride. I was no longer someone’s Sergeant, I was no longer someone making some type of difference. I was just me. Just me in a world that I did not understand, and ultimately it did not understand me. I couldn’t really relate to my new girlfriends, and my old friends were slowly disappearing. I was ashamed at myself, and hid from everyone. This is when my story takes a turn.

I will never forget when I tried to end my life. It will forever be with me. I had to get so drunk to work up the courage to do something that I was too scared to do sober. An act that didn’t take courage at all. When I close my eyes to think about it, I can see myself in third person. I see my mom downstairs because she was visiting for the weekend. I see my husband in the other room watching tv and laughing. I see myself on the floor in our bedroom with my hand over my mouth to quiet the sound of me sobbing. I did not want anyone to come in and stop me from making a choice I was set out to do. I feel the pain that I felt as I was curled in a ball. I felt that I was a loser for not having an identity that I thought was worthy anymore. That I was not the person I wanted to be, and wanted to stop feeling so weak. I was embarrassed of who I was now, and that was my rock bottom. I had the gun to my head. I remember thinking that I had finally worked up the courage to just disappear.

Right before my mom and husband walked in, I thought of a MOH recipient and his book that I had recently read. He mentioned about a time that he was in his truck and was going to attempt to kill himself. I thought of how much he had been through, and his pain. I thought of him stopping, and not going through with it. This is where my hardheadedness saved me. I thought about if he went through all of that, and didn’t do it, than surely I can get over this. I can pull myself out of this low part of my life, and continue on. My sense of motivation is taken from hearing stories about people who have had all the wrong cards dealt, and somehow make it through it. If that person can do it, so can I. My dad has always told me this since I was a little girl, “don’t cry, do something about it.” I lost who I was, and ignored that saying for the first time in my life. I let my mind trick myself into becoming someone in which I was not proud of.

Since then, I am almost 27 years old and feel like I have gotten my life back on track. We all have a chapter of our lives that we don’t read out loud, but I hope if yours is similar to mine, you have hope that there is in fact a light at the end the tunnel. It is difficult for me to think that I am telling something so secret about myself to the world, but after listening to this podcast-I knew there were others out there like me. I have graduated from college, and am about to begin my professional career. Since then, I notice more things about life that I was too stubborn or angry to see before. I love deeper, and let more people in. I feel alive in the outdoors, and picked up a wood working hobby (as odd as that sounds).

My never quit moments stem from others not quitting when they very well could have. I think of Marcus while I’m at the gym and want to quit. My husband has always been my better half to get me through difficult situations, and I cannot thank him enough for listening to me and recognizing when I was hurting. I wanted to share this because I think there is a major correlation with veteran suicide and the sense of loss of identity. We are our own keepers, and need to be accountable to each other. I wanted others to know that they are not alone in feeling this way, and they too can continue on to live a happy and healthy life. We have to find that ultimate gut checking epitome in our lives to remember that we are lucky to have 24 hours a day with the people that we love. Marcus, you always say you used to wonder if warriors are born or if they are made. I agree that they are born, and life throws you a hardball and you are forged from it. That is how things become better and harder by being under pressure and showing what you are made of. I came into this world as a warrior, and I will leave as a warrior.

PrevPreviousYour battle scars are the map to victory
NextEmbracing ChallengesNext