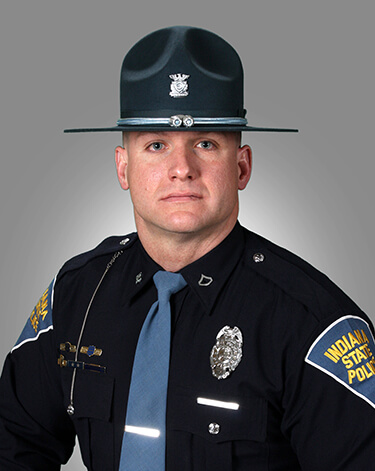 This isn’t my never quit story, but when I saw this press release from the Indiana State Police online, I immediately thought of Team Never Quit. The Trooper in the article is named Bryan Snyder & he returned to full duty 4 years and multiple surgeries after having been hit by a semi. Another great example of the TNQ attitude!

Indianapolis, IN – After nine grueling surgeries, Master Trooper Brian Snyder has returned to full police duty. His desire to return to the career he loves kept him motivated through the four years of multiple surgeries.

In the early morning hours of March 6th, 2013 Trooper Snyder was investigating a crash on I-65 northbound near the 92 mile marker. Snyder was standing just outside his car when he happened to notice a semi tractor-trailer coming straight toward him. Just in the nick of time, he dove through his open door into the front seat and the semi sideswiped his car. Snyder narrowly escaped serious injury but noticed some discomfort in his back and could immediately tell his hand was injured from the impact. The semi pulled over on the shoulder ahead of the crash scene but then pulled away, it was never located. Snyder turned out to be more seriously injured than he initially thought requiring 5 surgeries to repair his hand and 4 surgeries on his back. During the entire process many doctors told Brian he would likely not be able to return to duty, however he remained focused and refused to accept that as an option.

Trooper Snyder, a 19 year veteran, has returned to the Indianapolis District and will begin patrolling Johnson and southern Marion County on the midnight shift. Indianapolis District Commander, Lt. Jeff Payne said, “Brian is a model trooper, we are thankful he has been able to recover from his injuries, he had a long road to recovery and his commitment to returning to duty demonstrates his passion for being an Indiana State Trooper”