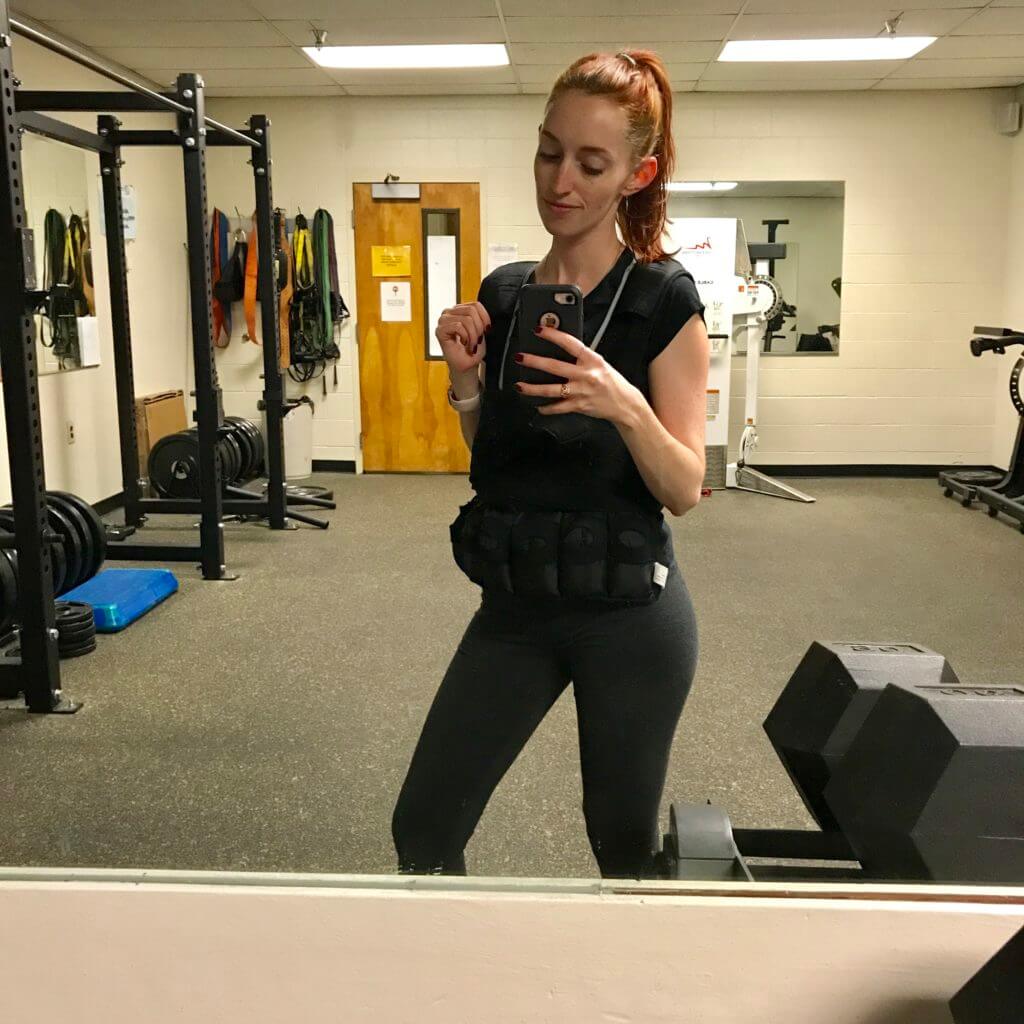 First of all, I’d like to start by thanking you all for your service to our country and for creating the best damn podcast I’ve ever heard in my life. I listed to you guys every single day and you’ve gotten me through some of the roughest days of my life. My “never quit” story is nothing like the stories of the folks you interview but here goes…

Three years ago, when I was 23, I married who I thought was the love of my life. My high school sweetheart. A year into the marriage, he started having mental health issues and became abusive, causing me to have to leave him and end the marriage. I’ll spare the details, but after the very first abusive incident, I decided to leave home and never go back because it wasn’t safe for me to be there with him. We stayed up all night arguing and fighting, I went to work the next morning and then after work I went to my parents house…they lived 3 hours away at the time. I was angry, scared and depressed but so thankful to have my parents to fall back on..even though no 23 year old wants to move back home. For 4 months, I commuted 3 hours to work each day and 3 hours home. I started to take Krav Maga lessons because I’d decided that I’d never be a victim again. I’d wake up at 3:30AM, go to work, go to Krav Maga, and then drive the 3 hours back to Mom’s house where I slept on an air mattress in her living room. Eat, sleep, repeat. I made this move with zero notice and with none of my clothes or personal belongings but I’d be damned if I ever stepped foot back into an abusive home.

With unending support from my family, I was able to keep my head above water and find a place of my own that was closer to work within 4 months.

A few months later, my mom was diagnosed with stage 3 colorectal cancer. This news hit hard because just a few years prior, she’d been diagnosed with (and BEAT!) breast cancer. I began spending every weekend back at her house with her – she needed the support to fight her cancer and I needed to be with her every second I could because deep down I knew she might not make it. We made the best out of every weekend, even while she was exhausted from her chemo infusions. My moms never quit attitude was the stuff of legends. After a few months, she was told that her stage 3 cancer had spread to her liver and was now Stage 4 – incurable. She was given less than six months to live. I made the decision to take time off of work to be with her and take care of her until she passed. Luckily, I work at an incredible police department in the CA Bay Area and they were understanding of my situation and supported my decision. I emptied out all of my leave banks and ended up going on leave without pay for a little while. I was off work and with my mom for two months – August through October. She died on October 21, 2016.

Taking care of my mom while she was sick presented me (and her…MOSTLY her…) with Never Quit moments. She had multiple invasive surgeries, including an emergency colostomy. This was hard on her physically and emotionally. I spent many days and nights with her in hospital rooms. I helped her change colostomy bags and clean up “accidents” at any given time. Towards the end, she was heavily medicated to keep her pain in check and was acting somewhat irrationally – getting up in the middle of the night and leaving the house half-dressed, falling down, putting her very expensive medicine into ice cube trays and freezing it, accidentally putting the full garbage into the washing machine..She was trying to be productive, as she was her entire life, but was so disoriented that she was putting herself in danger. I ended up sleeping in an air mattress next to her hospital bed in the living room so I could keep tabs on her and ensure her safety. I was her primary caregiver and barely slept for months but I had it easy in comparison to what she was enduring. The last night of her life was horrible – my grandma, stepdad and I stayed up with her all night and ultimately watched her pass away at 6:15 am on October 21. She was finally at peace but I wasn’t.

This was the beginning of a serious bout of grief, depression, insomnia and suicidal thoughts for me. The world seemed to have lost all of its color. I felt like I had the air kicked out of my lungs and couldn’t breathe for months. I was having nightmares on the nights I could sleep but I didn’t sleep often. I was having frequent flashbacks of some of the most gruesome moments I’d experienced with my mom. I went to a therapist who told me I had a mild form of PTSD. I was depressed and felt alone and unloved. I didn’t see the point in life anymore.

In a night of desperation, I searched the internet for some type of motivation or hope…anything that’d help me get to the next morning. I found your podcast. I started listening to it every night as I fell asleep, every morning as I got ready for work, on every lunch break and while I exercised. Listening to everyones never quit stories helped to pull me out of the hole I’d found myself in. I was inspired and I started to do some serious soul searching and decided it was time for me to apply to be a police officer. It’s something I’d been thinking about doing for years but never had the courage to apply.

I’m currently in the backgrounds process for an officer job and I listen to your podcast during my long runs and workouts. I’ve been struggling with the 165 lb dummy drag (I’m 5’4″ and 100 lbs). I failed that portion of the physical agility test because I wasn’t fast enough with the drag and I will be re-testing for it in August. I’m struggling to stay confident about it and keep my head in the game – it feels so impossible in the moment but I know I’ll get it done eventually. I am NOT quitting. I want to be a police officer and serve my community. It’s all I can think about these days and I am going to make it work. These Never Quit moments just keep happening and I keep getting stronger from all of them. I’m grateful for the struggles.

I don’t expect this story to go anywhere but I thought it’d be nice for you guys to know the HUGE impact y’all have had on my life. You guys saved me when I needed saving. You keep me going every day and you keep me pushing myself harder and harder. There are no excuses.

I can’t thank you enough.

p.s. your intro gets me SO FIRED UP!