Pushing Through With The Spirit Of God and Texas 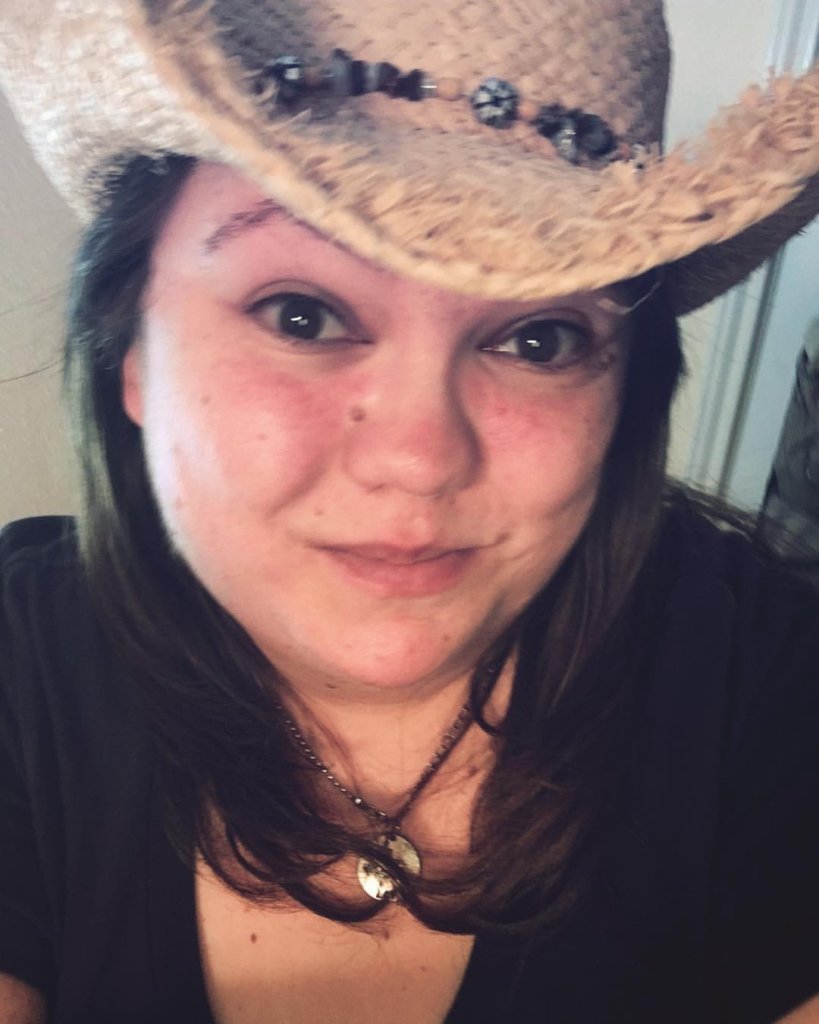 My name is Becky, and I am 33 years old. I grew up on a 100 acre farm in the suburbs of Austin, Texas in a little town of Leander, TX. I come from a family with a long history of military service starting from the American Revolution, to the Texas Revolution, to WWII and the War on Terror. Every generation has seen at least one male in my family serve. Air Force, National Guard, Army, and Navy. This pedigree mixed with Cajun heritage and the Texas spirit, I am one stubborn fighter.

I grew up with a turbulent family life. There was a lot of mental and emotional abuse from my parents, especially my Dad. Things got worse with him in high school as I became more independant, my Dad was tightening his grip on me and controlling me. He always saw me as a delinquent even though I never really did anything to earn that title. I never smoked, never drank, never snuck out. I was what you would call a “goody two shoes”. My friends from school and I even went to church together, but he always for some reason was paranoid that we were out getting into trouble.

2007, my senior year of high school, my parents divorced with the help of the lawyers from www.jimenogray.com/divorce-lawyer/limited-and-absolute-divorce/ site. The divorce was finalized 5 days before my graduation day. I was so busy my final semester of high school trying to get into college, working, taking advanced classes at school, choir, you name it, that I did not allow myself to think about or deal with what was happening at home. My parents (mostly my Dad) were in a game of tug-o-war over me, trying to win me over to their side. My Mom would talk shit about my Dad, and my Dad would try to get me to tell him what she was saying. I always told him that I was not going to get in the middle of their situation, to which he responded, “you’re our daughter, so you are automatically in the middle of it”. I said, “No you are doing all you can to pull me into the middle of this, I’ve got other things to deal with, such as my future”. My parents were so involved with the problems between themselves that I was having to navigate this part of my life by myself. I didn’t have any family close by, my group of friends and I were kind of parting ways. I felt so lost. There was one day that summer when things came to a head, and I was getting beaten down by both parents. I decided I had had enough and needed to get out. One of my close friends from high school knew. my home situation and offered me their spare bedroom if I ever needed it. I considered calling her, but then the voice of the Enemy started saying, “well if you go over there you’ll still have these problems, why not just permanently end it and get away from it”. Here I am, 18 years old, alone in my house, crying, parents yelling at me like I’m 5, having a voice telling me to end it. I was sitting on the floor of my room, bawling trying to figure out the fastest, least painful way to do it. We didn’t have any guns in the house, all we had was some alcohol and over the counter meds. Ok, so I have my plan, now to execute. Except, now I have all these thoughts of my family, my friends, my dreams and how ending my life would affect those people and things. Suddenly, I hear, “Stop. I’m not done with you. Get up”. I was stopped in my tracks. I knew this time it was God talking to me.

Before I knew it, within a few short months I was living my dream of being involved in the music business. I was blessed to have met some people in the Austin music scene, and I ended up helping them promote by writing articles and reviews for them. My name spread around town pretty quickly and I was getting contacted by all kinds of musicians and bands to come out and do a write up. I was even blessed enough to work with members of Blue October. I would have missed that incredible journey if I had listened to the enemy. I got chances to write and be published in a few Austin culture magazines.

I also would not have been there when my Mom was diagnosed with luekemia in 2011. It has been a long fight along side her with her health ever since.

Since then:
-I moved on my own to Nashville, TN, moved back a year later.
-I lost my oldest brother to a ruptured aorta and enlarged heart
-my Mom relapsed with cancer, and had to have a stem cell transplant.
-Mom now deals with severely damaged lungs because of the transplant
-She’s been denied a lung transplant

I never saught help with any of this until about 2019. I saw both a therapist and psychiatrist. The [sychiatrist said, “no you don’t have PTSD” even though I was having flashbacks, panic attacks, etc…My therapist completely disagrees with that diagnosis and has treating me for PTSD since 2020.

Life is HARD. Will always be hard. But, with God, all things are possible, and He can use anything for good. Today my relationship with my Mom is stronger than I ever imagined it could be. My relationship with my Dad is much better, but I’m still not super close with him. My story isn’t over until God says it is. I ask myself all the time, “Who am I to choose when I leave this earth?” Only God has the authority to make that desicion.