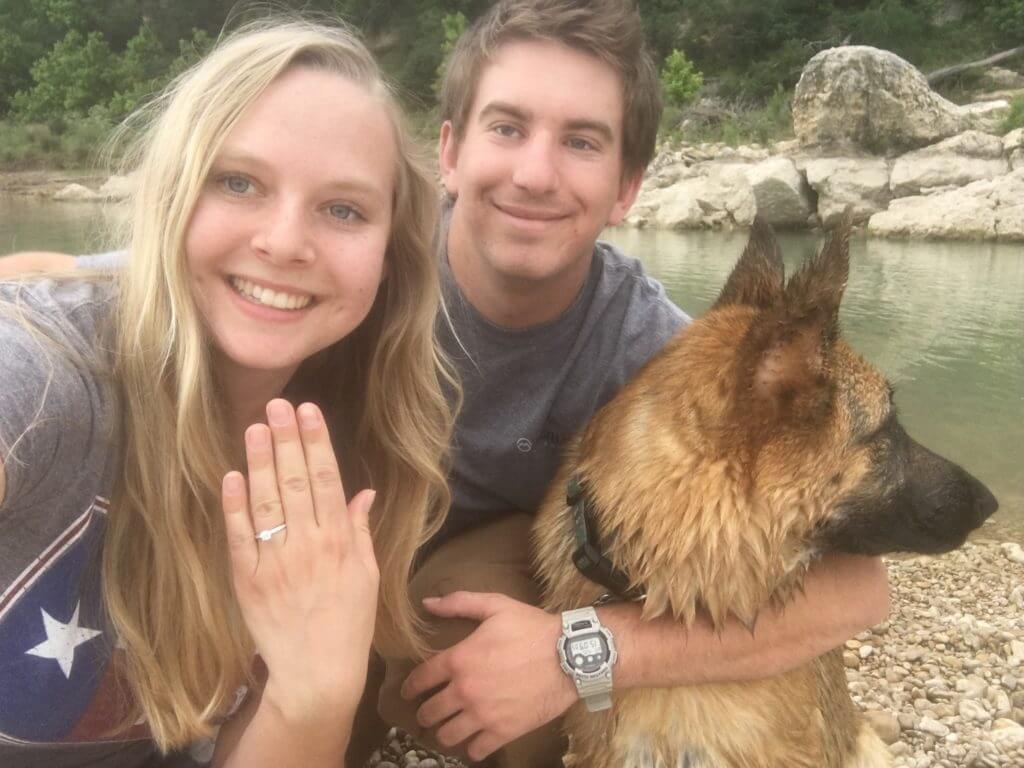 Dear Marcus and David, first off I would like to thank you guys for all that you do. I hope you guys truly understand the impact you’re making by doing your podcast. I wanted to share my story, because I too hope to help someone who might be in the same place that I was and know that they are not alone. I grew up with supportive and great parents who did everything they could for me and my two brothers. At first I had a normal life growing up, but unfortunately the tables turned. From the ages of about 6-9 I was being raped by a close family friend without anybody in my family knowing. At that age I realistically had no idea what I was being forced to do, however I knew it was bad, and I knew the person doing it said that they would kill my family members if I ever told anybody. After years of abuse I finally could not take it anymore and told my parents everything. As you can imagine, they were absolutely devastated. My whole family went to counseling for a while, where my parents were told very generally by a counselor that by the time I turned 20 there was about a 50/50 chance that I would be dead either from drugs or suicide. I could feel the uneasiness in my house, and I could see the feelings my parents were so eagerly hiding. They eventually both turned to alcohol to drown their sorrows, but hey I can’t really blame them. I remember crying for hours alone hiding where no one could find me, because as a child I somehow blamed everything on myself and felt so so helpless. Eventually my pain subsided and at around eleven I didn’t really think about it anymore, in part due to my parents buying me a puppy who became my best friend.

Fast forward a few years, and I found myself in high school. I was a lazy student who hadn’t really put much thought into his ambitions. The following year I went to college and had to have a serious talk with myself about who I wanted to be, and what I wanted to do. I knew something in the science field more than likely teetering on the medical side of things. I had gotten my act together, and started to make good grades, volunteer, and be active in many organizations. Unfortunately, like before, you can never be ready for what hand you get dealt.

My puppy (Wilson) who my parents got me when I was coping as a child, lived with me along side his sister, both of whom I adored. Wilson had started to slow down, and one day wasn’t able to go on our daily walks. He was diagnosed with colon cancer and we buried him only remembering the good times and being grateful for the time we had. A month later, during a volunteering event that I was coordinating and had planned for a year, I received a call from my roommate who explained that Wilsons sister was having uncontrollable seizures. She had brain cancer, and the next morning was buried next to her brother.

This is when it started to happen, the rude and unfamiliar dreams that I hadn’t had since I was probably ten years old. The vivid scenes every night of being tortured as a child, and not being able to escape. Two weeks after laying to rest my dog the worst was yet to come. One of my best friends who was having what seemed to us as a drunken fit had ran away from our apartment where we could not convince him to come back inside. He convinced us that he was fine, and just wanted some alone time. We left the door unlocked and proceeded to bed. The next morning, he was found in his car in front of our apartment having committed suicide the night before. I couldn’t sleep, I couldn’t eat, and worst of all, most of my emotions had fled me. Although surrounded by a great supportive group of friends, I was more alone and in trouble than ever. Its hard for me to imagine how I felt back then, due to how I am now, but as I search my memories I remember not grief but helplessness. I am sure that’s why I was remembering all at once what had happened to me when I was little.

I would find myself locked in my closet crying and scared of any noise or any minor task that was ahead of me. I had transitioned from this normal college student back to this scared nine year old boy who felt he couldn’t do anything to stop the hurting around him besides hide and cry. My memories were getting worse, the dreams more vivid, and my mood more hostile. I remembered all of the things before that motivated me, but they really didn’t seem to hold near the same amount of importance as before. I would suddenly become angry and scream at all my friends, or sad and curl up in a ball helpless. I was slowly fading away into this sleepless drunken jerk who would drink until day light only to pass out when every wall in the house had been punched and my hand was so broken it couldn’t take anymore. I was angry, vengeful, and almost beaten. I felt suicide lingering, and everyday just waking up seemed like and unbeatable task, especially since I had night terrors every night.

One night while laying in bed, I shot up and that little boys voice who eventually grew up cleared his throat and spoke up. Why was I letting myself do this? It was time for a change. That night I opened a notebook and started writing until daylight, as it was really the only way I could channel my thoughts. I began to realize that everything bad that had happened was in the past, and that my mind was the only thing standing between me and anything. I began slowly but surely meditating, analyzing, and getting better. Fly fishing and hunting being some of my favorite outlets. It was still hard, but every time a negative thought would pop into my head, I would use the power of my mind to overcome it. I began to smile, love, and be a normal person once again. The only problem was that since my mindset had changed, there was no going back from an ultra-motivated never quit attitude.

Once you realize that you control your destiny, it is such a liberating and unexplainable feeling. Breaking down your own mental wall and knowing that you can do anything is a great and intoxicating feeling. I decided that I was going to from now on be the best person I could be and help people. I wanted to stop this negativity and turn it into something positive. I had always had the utmost respect for the military, and now with my attitude wanted to do what I could do to support the great men and women of our military. Still in college along with my other volunteering, I started to volunteer in my local V.A. hospital. I loved seeing all of the amazing people there, hearing their stories, but most importantly helping them as much as I could. I soon realized (as I have heard you guys discuss in length), the incompetence’s in the V.A.’s healthcare system. With my never quit mindset, and help from my resume, at the age of 20 I moved to Washington, D.C. as a program coordinator and veterans advocate for a lobbying firm devoted to progressing Veteran healthcare. I was having meetings with people three times my age, who were shocked to know that this 20 year old was not leaving their office until they knew the full extent of the atrocities plaguing the V.A., and that they could help in congress to truly make a change. I would call members of congress and candidates daily, and would have great conversations which I feel caused a ripple effect. I was a part of team who wrote to all of the presidential candidates informing them on the same issues. We had received a letter from candidate Trumps team sincerely thanking us for the informative letter. A few weeks later, then candidate Donald Trump, held a press conference outlining our points and vowing that he would do something. I am not sure if it is a direct result of what our team had done, but it sure was an amazing feeling. I continued to excel in school, and eventually take the leap to medical school.

Now, I am married, a proud German Shepherd owner, but most importantly a full time medical student sponsored by this nations great Army. I want to devote my life to progressing Veteran healthcare, and do everything I can do to become the best military Doctor that I can be. Not for myself, but for the wonderful members of our military and their families. It was funny because in my med school interviews they would ask me to tell them a story of perseverance in my life. I would sit back and tell them a heck of a story. I am writing this to explain that with the never quit mindset nothing will stand in your way and that you too can literally do anything that you set your mind to. I thank God ever day for helping me become who I am today, and I wouldn’t change the past because that stuff doesn’t define you, it’s what you do today that defines you. My faith I feel is what also has helped me to forgive the wrongdoers in my life. There have been hard times since, especially with the firehouse of knowledge that comes with medical school, but I never faulter and always smile, as I now know I can get through whatever happens to me. I use my fallen friend and the people in the future that I will help to motivate me towards my goals. My story isn’t a great war story based in Afghanistan, but it is one found in suburban America. I say this because I hope it reaches someone in need who can know they are not alone in their fight. To those struggling like I was, I urge you to talk to someone, use or build your support team, and learn that there are tricks and tips that you can use to recover. Everyone is different, and as I would use fly fishing to help me heal my mind, I urge you to find the things that help you. Although it may be slow and discouraging, just remember to never quit trying. It has been a privilege to write to you guys, and I listen to your podcasts to remind me of my mission. All the best and to Marcus, David, and other military members, thank you for your service to our great country.

PrevPreviousFrom Victim to Victor
NextJust when I thought I could QuitNext