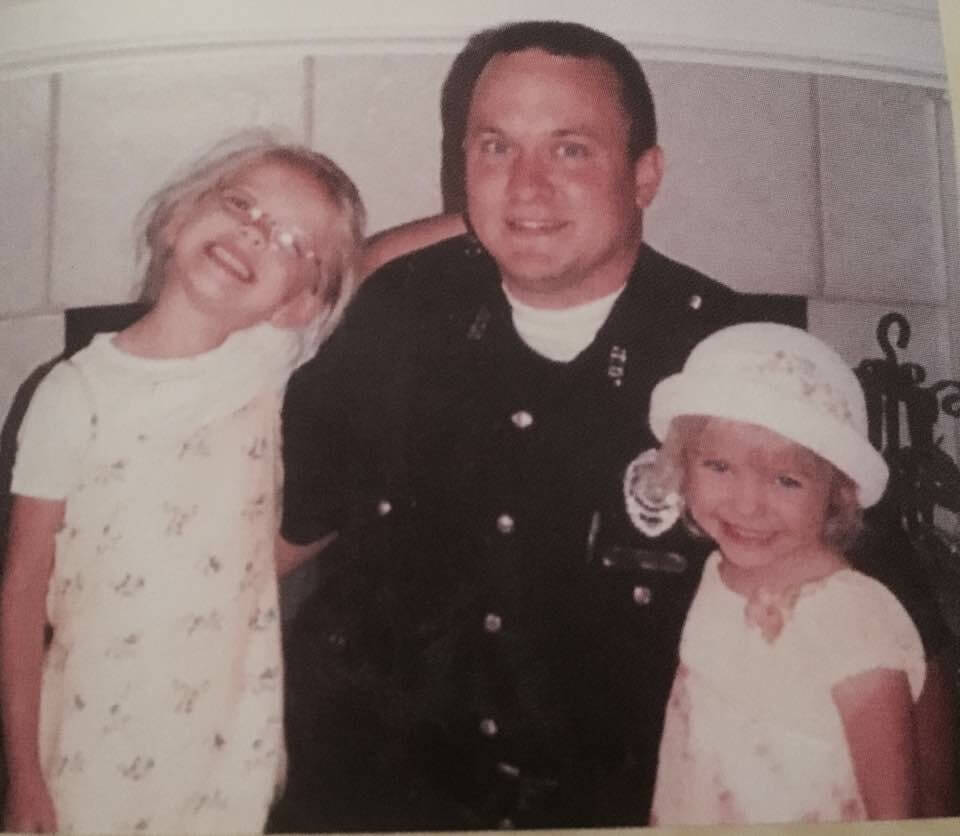 First let me thank both of you for what you do, I have never missed a podcast.

In 2001 I was 31 years old and living my lifelong dream of serving as a police officer. Life was good. I had a great career, a new home, new cars, two beautiful young daughters and a dog in the back yard. Living the dream. One fall evening I was involved in a lengthy foot pursuit during a late watch shift; at the time I was an avid runner and in great shape. I didn’t think much of it when a few days later a large lump appeared on my left thigh. As guys do, I blew it off. However, my wife is a nurse and when the lump didn’t go away she convinced me to see the doctor. My family doctor was concerned enough that he sent me to Ohio State University for a muscle biopsy. The diagnosis was a rare form of soft tissue sarcoma called Aggressive Fibromatosis. It affects only a few people per million so when I get something I get something good!

The tumor was removed and after a few weeks I went back to work on patrol. Approximately 8 months later a post op MRI found two tumors had returned, one at each end of the surgical incision. After they were removed, within a year three tumors quickly appeared. It was then my doctor told me I would endure this for the rest of my life and hopefully I would make it to 40.

In 2006 I spent nearly seven months in the hospital receiving massive amounts of chemotherapy through a Groshong catheter which went directly into my heart. When my daughters would visit they would cover my hospital room with pieces of paper they had colored or written messages to me on. Since I couldn’t work, my wife was pulling double shifts…at the same hospital. Her eyes were almost black from exhaustion. As a husband it was a terrible feeling. It was then we had to have “the” conversation as a family. The conversation that I wanted her to remarry someday and find a good father for our girls. Through it all, she never gave up and continued praying, so I guess this story is more about my wife and my girls.

Unfortunately, the chemo didn’t work and tumors quickly returned. We were travelling constantly from Kentucky where we lived to Ohio State University and MD Anderson in Houston. The medical bills were pilling up and I wasn’t getting any better. Going to MD Anderson was one of the greatest things that ever happened to me as I witnessed first hand people who had gone through much more than I had. While I was stuck in a victim mentality feeling sorry for myself, I witnessed women and children who personified a “Never Quit” attitude. It was then I made a personal commitment to never feel sorry for myself or complain again despite what happened.

In addition to the Chemo, I’ve had 56 rounds of radiation and I say that knowing there are listeners that have endured far greater. During this sixteen year battle I’ve had eight surgeries on my left leg removing eighteen tumors from my pelvis to my calf. My abductor muscle and hamstring have both been removed and I have little feeling in my leg, but I’m grateful I haven’t lost it. Doctors stated as a result of the damage I wouldn’t be able to walk correctly, do stairs or run…yet I do. I thrive on being told something isn’t possible. I live in constant pain and haven’t had a pain free day since 2001, but refuse to take any form of pain killer as I believe pain builds character, or at least it has for me.

Today I serve as a pastor in a wonderful southern Kentucky town. My oldest daughter is now a Jr in college and studying to become a nurse. My youngest is a sophomore studying International Relations. Since we are not promised tomorrow I try to live with an attitude of everyday is a good day. By the way, my last scans were clear and I am now 47 years old.

P.S. I do have some really cool scars!