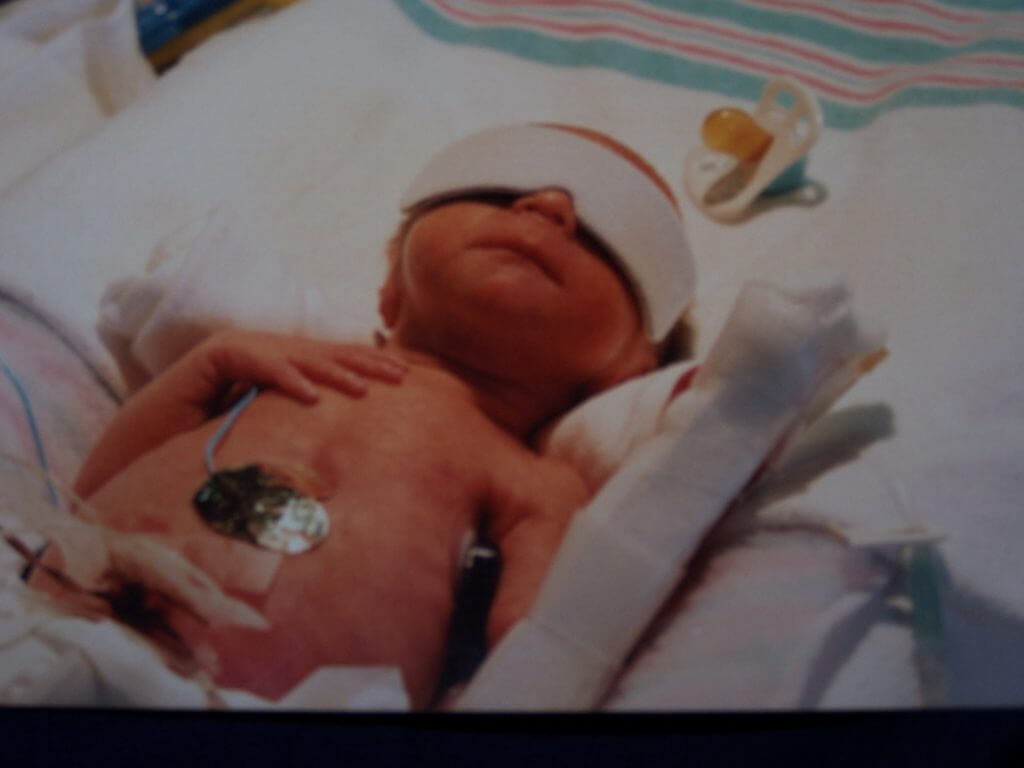 First, thank you to Team Never Quit (Marcus, Rut, and Wizard) for all you do. I am a HUGE fan of the podcast and listen religiously each week. I am also the obnoxious friend/colleague who sends every episode to everyone I know.

Now, I want to begin by saying that I AM NOT SPECIAL. My Never Quit story isn’t as epic as others that have written in or been on the podcast. But I believe that we all have a Never Quit Story so maybe mine can encourage someone else.

My Never Quit Story begins at conception. I was a twin and my brother and I had whats called “Twin to Twin Transfusion” which basically means one of us was getting all the nutrients inside our mother, and the other was giving all his nutrients to the other baby. Long story short, the doctors told my mom to abort the “donor twin” (aka the baby giving the nutrients) in order to increase the survival of the recipient twin. My mother wouldn’t think of it. She refused to abort her baby. As fate would have it, one twin was born stillborn but it was the recipient twin…. I was the donor twin. Thus, I came into this world refusing to quit, even when the doctors didn’t think it was possible.

Fast forward to my freshman year of college. I was miserable and depressed and wanted to transfer from my school. My mother told me I could transfer but one night while crying my eyes out God told me to stay. I was more afraid of going against the will of God than staying. So I refused to quit.

I graduated in May of 2009 and struggled to get a job. Finally, I accepted an internship with a local college working in the athletic department for a $5,000 stipend over 10 months…. but I had to work the full year. I struggled to transition to my new position and place within the organization. Just as I was at my lowest point professionally, I went to see my grandfather and found him lying on the floor of his home. He had passed away in his sleep. I was beyond devastated. Now I was struggling both professionally and emotionally. I began to think about quitting and getting a new job and out of athletics altogether. I had no idea what to do so I just kept going back to work day after day. I must admit my quality of work was probably not very good but I refused to quit.

I was absolutely desperate to find something new and even considered joining the military to get my Master’s degree paid for. Just when I thought I was at my lowest possible point, I got a call from the Associate Athletic Director of my alma mater offering me a graduate assistant position. Normally I would have laughed at the offer but I was so desperate to get out of my current position and go to graduate school that I accepted.

In January 2015 I began working on my MBA. Part of my graduate assistantship responsibilities was to work in the athletic department running athletic events. My pay was getting my tuition and books paid for. So to earn some spending money, I took a job at the university working on the landscaping crew. For a year and a half, I would wake up at 7 am, drive 45 minutes to school, work landscaping from 8-12am, then work athletics from 12 to sometimes 11 pm before going back home. Oh and when I got home I had school work to do. For a short period of time, I knew I could suck it up and get the job done. Failure was not an option.

Just as I was nearing graduation, I began applying for jobs. I got multiple rejections if I got any response at all. Again, I was crushed. I was 25, living at home with a Master’s degree making $10 an hour to cut grass. I didn’t know what to do so I jokingly told my boss that I would continue to be a graduate assistant if the athletic department paid for my doctorate. Wouldn’t you know that God has a sense of humor and they called my bluff! So a year ago I started working on a doctorate, all while still working athletics and landscaping on the side.

My story isn’t complete. Far from it. I still want a full-time job doing what I love. I also have times where I straight up have no motivation to do school work. Yet, I come home after another long, hot day, and crack open a text book and begin to read. To outsiders, I may seem crazy and I think they might be right. I don’t know many 27-year-olds that are living at home, can’t stop going to school and have never made more than $15,000 in a year. But, I trust that God has a plan and I am where I am for a reason. I just have to keep trusting in that reason and push forward.

If there is any moral to my story it is that you don’t have to be an extraordinary athlete, or adrenaline junkie, or special forces operator (although I am partial to SpecOps guys) in order to have a never quit mentality. We all have the capability deep inside us and I am living proof that a 2 pound, 15-ounce preemie baby can turn into a man that refuses to quit no matter the circumstances.

Thank yall for what you do and never quit finding incredible Never Quit Stories and encouraging people to find that Never Quit Mindset!