Never Quit, Never Accept A No 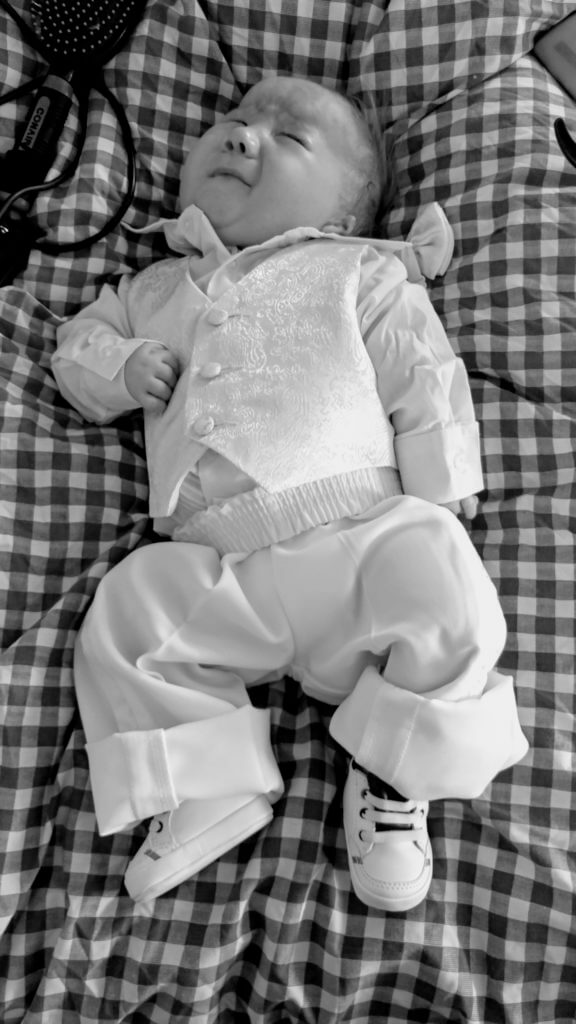 My wife and I have been married 3yrs at this point when we found out we were expecting a baby boy. Doctors appointments after doctors appointments.. Her Dr told us a blood test came back positive for a rare chromosome abnormality. We accepted it, right away knowing that we were gonna have a special little boy. Months go by of appointments and her Dr schedules a meeting, she tells us the test came back again but negative. We were in a way relieved to hear it was a false positive. Again weeks go by and get a call say it’s positive and their 99% sure it’s true.

Get to the birth day and everyone’s nervous, Dr cant stop pacing and the time comes. We were told she had to have a c-section for the safety of the baby, he comes out not crying.. He weighed 5lbs 5oz at 19″ long. We spent months in the NICU watching our son grow up not being able to take him home.

4 months later he stabilized and we were able to finally take him home but he wasn’t eating on his own and needed a pump. 1 week after being discharged he stopped breathing and we rushed him to the hospital. This is the point where we fought, and fought until nurses and Drs stopped talking to us or never came around to us. There was 5 trips to the hospital for apnea and collapsed airways which resulted in Drs telling us, “No he will not survive, whats the point, no we will not treat your son for the reason that he will not reach his 1st birthday.” We never took a no from anyone and we continued to fight for our son to have the best chance possible to live his life.

1 year after he was born he made it to his first birthday! He under went 2 surgeries, a feeding pump and a trache, but he was thriving. Next up was eye surgery because he was diagnosed with glaucoma and “keyhole” syndrome. 1st surgery failed, the implant came out and his specialist said he wanted to try the other eye.

He did fantastic, he came home the same day and he was able to see who not only who his family was but who his mom and dad were. He would look around at the trees and smile whenever he heard birds.

1 yr 1 month 1 day after he came into this world he was living life as a normal child smiling and being him. We had a family get together and let everyone hold him as he would get excited to see everyone. We put him to sleep and let him rest as he was worn out from the day…

6am the next morning we woke up to him not breathing not moving but his vent was still going, we called 911 and rushed him to the hospital where unfortunately our world came crashing down and he passed. We will never forget the joy we had with our son and the smiles he put on our faces, never take a no when it comes to a situation like this, although it didn’t seem right to some, we now have the privilege to say we had the best son anyone could ask for.