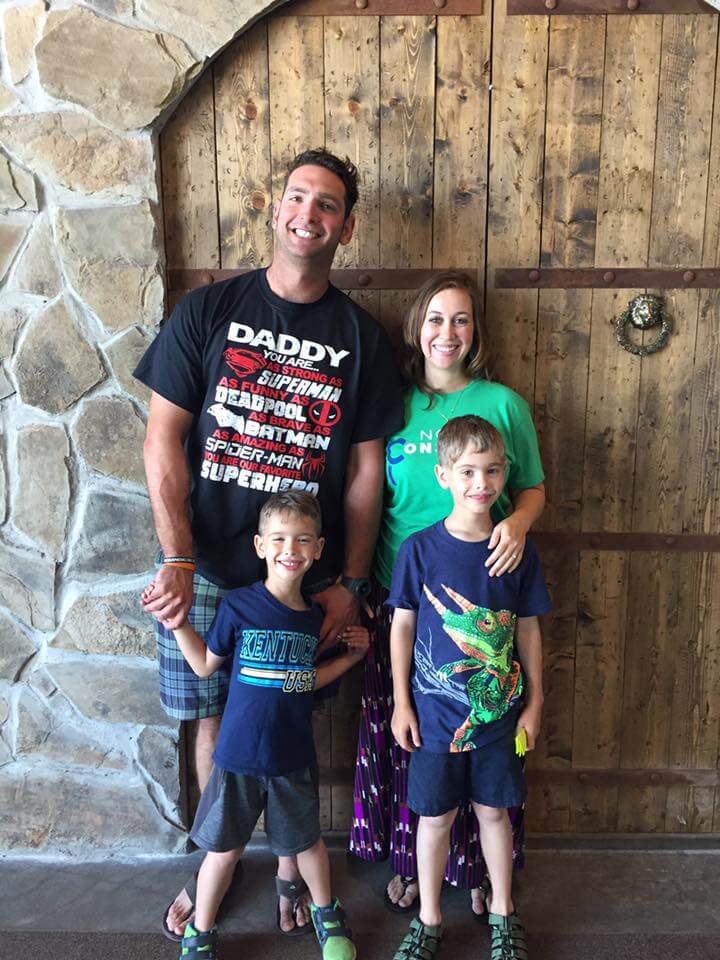 My never quit story could be more aptly defined as a never quit again story.

On November 3rd, of this year will mark my ten year anniversary to my amazing wife, but for nine years I failed as a husband, a father and a firefighter. Most of all as a man of God.

I was less than a month into the fire service as a firefighter/paramedic when we met and began dating. After the wedding and moving into our apartment I began suffering from PTSD due to some of the calls I had to run on. As most men and definitely firemen are taught, we bottled it up. We never spoke about it, we ate the pain and moved on.

Well that pain turned into resentment towards my wife and my life in general. I was angry and depressed all the time. I was a tyrant to my wife and my 6 month old son. Through that I began cultivating an emotional affair with a woman other than my wife. I told my wife once I had been caught. It wasn’t easy and it took a while, but she forgave me, in just enough time for me to do it again.

The cycle of emotional affairs followed by being caught and then trying to be a better husband and father continued until January of this year. There was another instance of me not acting as a married man, and she found out and called me at the station to tell me not to come home. She was done and I was absolved of our marriage. I cried and cried. I had quit. I had quit on my marriage, my two sons, myself and especially God. Then I did something I hadn’t done in the past. I told my best friend Cozmo. I told him everything. I opened myself and the shame in my life, and it felt amazing.

The next day I met with two leaders in my church and again laid it on the table. Since that day I began fighting again for my marriage and my kids. I am not perfect, but I am honest and open with my wife in all details even if there is shame. I will never quit again. I will never put my family through the hurt and torment of the first nine years of our lives together.

Then I found you guys. You guys make me get up every morning and want to Never Quit Again. We were driving to South Carolina and I was listening to the Kyle Carpenter episode. I began crying and praying. I hope to one day never quit as he has, and Marcus and Dave and all of your guests. Through your podcast and my walk with God I am a new man. I am sharing my story to help other men that may be going through the same or similar crisis.

My wife and I will be rededicating our wedding vows in November of this year on our ten year Anniversary. I will wake up each day and never quit again.

Thank you guys for what you do and have done.