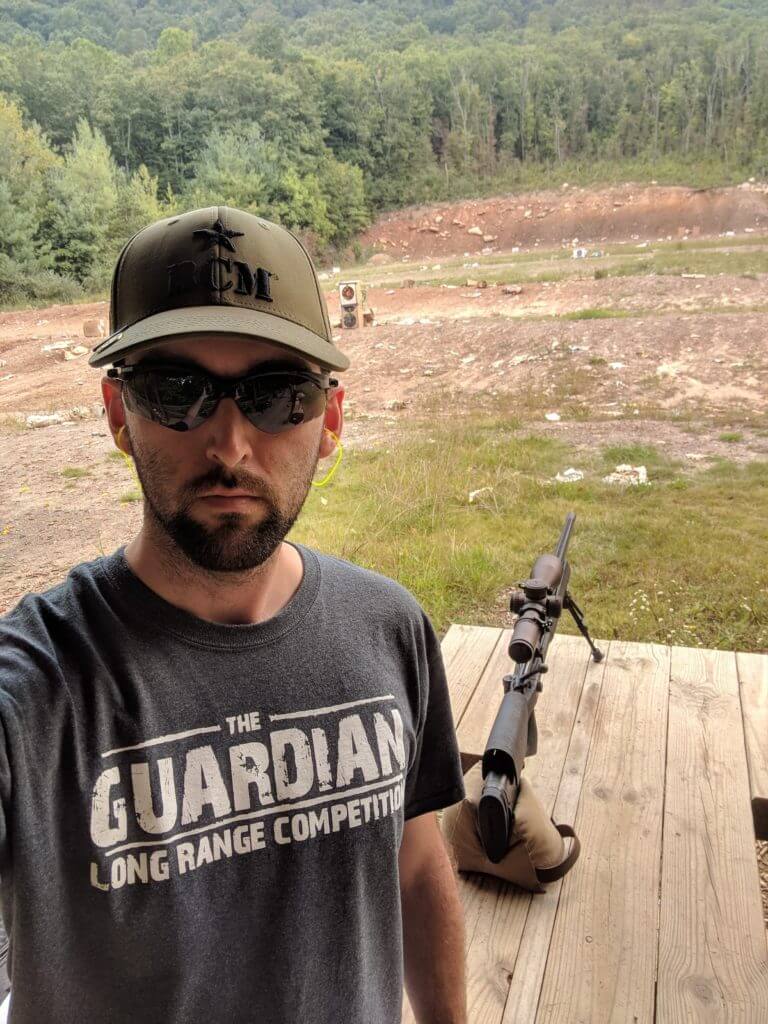 I’ve never really thought of my story as something “extraordinary” by any means, but looking back on the experience I now realize that I overcame an interesting obstacle right as I was entering adulthood.

When I was 18 (circa 2010), I was I was going to the local community college for a 2- year Trade school degree. Still living at home with my parents (HA! what a nerd!) but school was literally 3 minutes past the high school I went to, and that was only 10 minutes down the road. I was sitting in class one day and went to stretch and take a big breath when I found a sharp pain in my chest. After a few more attempts to take normal deep breaths with no luck, I got worried and left class. I drove myself home and called my dad on the way and said something wasn’t right and I was having trouble breathing. He was a Sheriff Deputy and was actually the SRO at my high school I had graduated from the prior year. He left work, met me at the house (along with my mom who he had called) and then drove me to the hospital.

After telling the Nurse in the ER my symptoms, she looked me up and down and said “you’re a tall thin young male, you probably have a collapsed lung.” I thought that was absurd, but sure enough, the X-rays revealed my right lung was indeed collapsed about 30-40%. The Surgeon on call came in and numbed my right side and cut me open in the ER and installed a chest tube to release the pressure in my chest. I walked around for a month with that thing stuck to my side waiting for my lung to heal, which it did.

Fast forward a few months to the 4th of July, throwing Frisbee with my dad before the fireworks start, boom sharp pain in my chest, this time on my left side. I knew it was a familiar sensation so we made the trip to the hospital to find that my left lung had collapsed this time. Same routine, new surgeon this time (not as competent as the last one) cut me open and dug around between my ribs for 15 minutes to find where to fit the chest tube. he was digging so hard he was moving me across the table (I was numb thankfully). Finally got the chest tube in and I could breathe. This time they admitted me to the hospital, spent 7 days in the hospital before they said my lung wasn’t healing and transferred me to another hospital for corrective surgery. Surgery went well but I was in the hospital for 10 days total. The procedure they did is known as Pleurodesis, it basically seals my lung against my chest cavity so my lung physically can no longer collapse. They also removed a bunch of blisters, or Blebs, from the top of my lung that were the cause of my issues. Lung collapse #2 complete and fixed. Honestly the worst part was that they gave me a Catheter…then the Doc told me I didn’t need it. Which made me feel better.

Moving forward another 6 months or so, I got a familiar chest pain again and went to the hospital but when I got there the pain had stopped and the xrays were not very helpful at the time so they discharged me. I received a call the next day saying that my right lung had indeed collapsed and to follow up with my physician, which I did but I was not having any issues so we basically just played the waiting game for it to happen again, which it did,

Lung Collapse #4, sitting in class again and felt the all too familiar sharp pain in my chest. Left class, called dad again and drove myself to the hospital where he met me. At this point, I’m on a first name basis with every one in the ER. The Triage nurse saw me and he said “not you again”, then another Nurse (who’s husband worked with my dad) saw me and said “just come back here to this bed”. No waiting for me this time! X-rays revealed my right lung had collapsed again. With my history, they immediately scheduled a transfer to the previous hospital where I had my last surgery, actually wound up on the exact same room I had stayed in last time. Had the same procedure done the next day and was home 2 days later. We had streamlined this process by now. This time during the procedure they actually removed part of the top of my lung since it had so many blisters on it. But finally all of my lung issues were fixed for good.

All of this took place over the time span of a year and a half to two years. I had to medically withdraw from certain classes and retake them, but since the classes were only offered once a year (spring or fall) I would have to wait a full year for certain classes. To sum it up, it took me 4 years to get a 2 year degree.

BUT, since I was still in school and still working at the local Walmart like I had been since high school, this meant I ran into people from high school…Like my Senior Prom Date(we went as friends). We ran into each other and started hanging out and then started dating. We both graduated college the following spring in 2013, her with a 4 year degree, and me with a 2 year degree (even though I was in school for 4 years!) After 6 months of being out of school, i got a job offer 3.5 hours away from home, so i took it. We made the long distance relationship work for 6 months before she followed me down to North Carolina from Virginia, where we are from, and moved in with me. I finally had a good job making decent money and we started planning for a house. During this process, we found out I still had about $7,000 in medical bills from my hospital visits. So yet another hurdle to tackle. I sold my project car and all the parts I had for it and used all the extra money I had at the end of each month and started hammering out the over due bills. Finally got them payed off after months of hard work, but my Credit Score had taken a big it since these bills had just been sitting in collections for a few years. So I had to work on that as well to get ready to purchase a house

Fast forward a few years of hard work and determination, I’m now married to the love of my life. We own a nice house in a nice neighborhood, I still work at the same job I moved 3.5 hrs away from home for. And we are finally settled in to a nice life. And I now get to enjoy my hobbies. My current focus has been on Long Range Shooting competitions(PRS style matches). Look into the Guardian Long Range Competition, its a great way to get out and learn about the long range shooting game while raising money for great charities. (see my shirt)

Now like I said, I don’t think my story is exceptional. There are people who have had a LOT harder time than me, but I do now realize that everyone could be fighting their own battles, in various forms, no matter how they act or seem in person.

To all of the guys and gals that are part of Team Never Quit, thanks for all you do. I enjoy listening to you guys, but I do wish the videos were posted to YouTube more! I don’t have Cable or Satellite because I’m cheap, so Netflix and YouTube are my main platforms haha.

Thanks for the inspiration and motivation that you legends provide.