Learning How to Never Quit 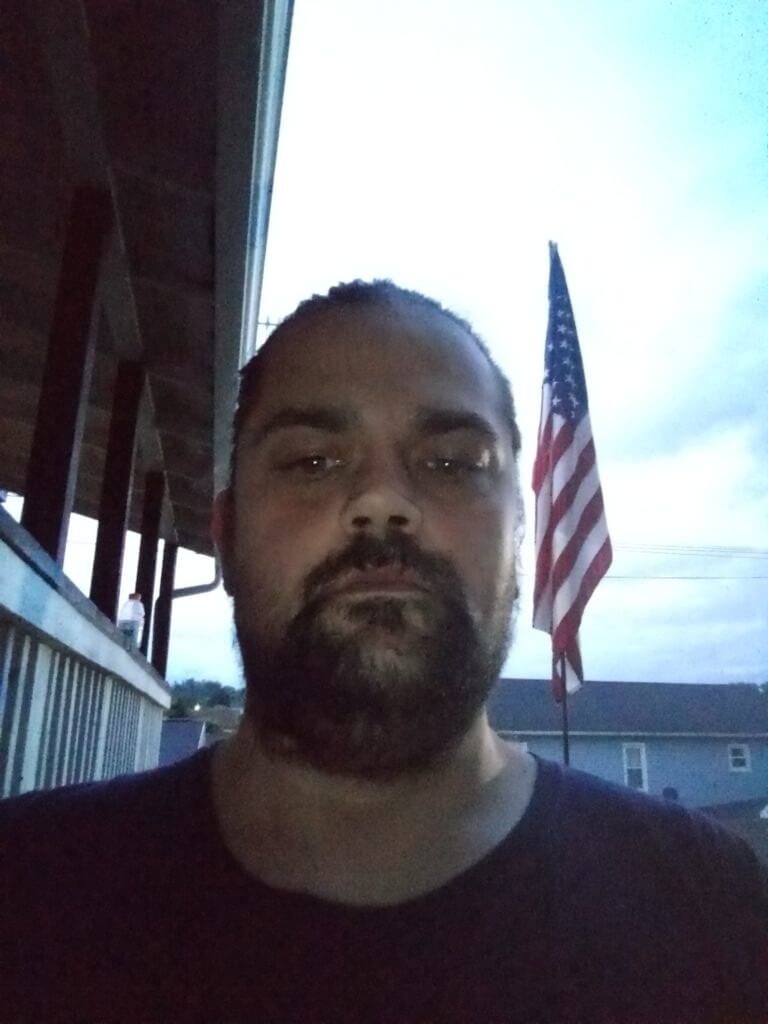 First I’d like to say thank you Marcus for what you’re doing with this podcast. For the first time in my life, I have something I look forward to and if it weren’t for you guys and the rest of the SF community, neither me nor my brother would be here right now.

Ok, now for my story. First off, I was raised in a home with an alcoholic and drug addicted father and a mother who was the polar opposite. So life as a child and into my teenage years was never really anything to be thrilled about. Lots of fighting and hell raising. My mother however was the glue that held it all together. With my father being rather flighty and not being around much it was up to my mother to try and raise 2 boys, for the most part, on her own. So I wasn’t in a position to frequently receive good guidance. My mother did the best she could but it wasn’t an option to keep her eyes on me 24/7, so I grew to make some rather bad decisions on my own.

Long story short, I became a drug addict as well. I went on to be your average junkie with no hope nor direction in life. The only thing I ever wanted to do with my life was be a truck driver and I pushed that dream into the deepest recesses in the back of my mind. I ended up in rehab a couple times including a 6 month stint in a halfway house and nothing really seemed to take. I simply refused to quit living that life. At that point, I had no idea what the SF community really was. My understanding of SF was what I’d seen in movies and I was not impressed. Well in 2007 my mother was diagnosed with cancer. It was something that would change my life in ways I never knew were possible. Shortly after her diagnosis I stumbled across the Don Shipley “Phony Navy Seal Of The Week” videos on Youtube. Thats when I finally learned what the SF community really was. Thats when I first learned about this whole “never quit” concept.

At first I thought that personality type was something I could never be. But the more I learned, the more I realized I had been doing that my whole life and never knew it. Even as a drug addict, I simply refused to quit because I knew I would be the first person to successfully be a junkie and be a normal person at the same time. Definitely NOT my best idea, but the foundation was there. I just didn’t know how to build on that foundation. As my mothers cancer progressed so did I. I sat around every free minute I had and listened to stories of men doing things that I once thought impossible. I used that as motivation. I looked at it as “if they can live through that, than there is no reason I cant handle what is in front of me.” So I started with dropping the dope. So not only was I detoxing on my own, but at the same time I was also working a full time job as well as taking care of any wants or needs that my mother may have. When times got dark I turned to the SF community and the stories they shared to help motivate me to do the things I didn’t think I could do. As time went on I started to watch my mother do things that oncologists said she would never be able to do. She was told she wouldn’t even be able to walk for 18 months after her surgery.

364 days after she had her operation I watched her not only walk but walk out the back door and grab the lawn mower and not only did she mow her own grass but she went on to mow my her neighbors yard and the neighbors next to that. Only stopping to put more gas in the mower. When she was done instead of dropping to the ground in agony like the doctors said would happen….she walked to the house next door and knocked on the door…. No one was home so she came back to her house and I asked her why she was knocking on the last neighbors door….she said “I was going to ask them if I could mow their grass”. It was at that moment I realized whatever was in her that made her defy everything she was told she couldn’t do, was in me as well. After she reached her 1 year remission anniversary, I decided I was going to show her she did something right with me and I dropped my entire life and at 29 years old, I hopped on a greyhound bus to Dallas TX to go to a truck driving school and finally live my childhood dream. Unfortunately, thats not the happy ending to this story. I was 4 months in to my new life when the cancer came back. And it was back with a vengeance. I dropped my new life and got on the first bus to West Virginia. I showed up to the most horrible sight I could have ever imagined. This woman who less than 6 months earlier had showed everyone they were wrong about her had gotten to the point where she couldn’t walk anymore.

At that point my father had come back and now my entire family revolved around her. If she had a bad day we all had a bad day. If it was good day then we all had a good day. This went on until Christmas Eve 2011. I sat and watched the strongest person I had ever known take her last breath that day. Our whole lives had ended at that moment. My fathers, my brothers and my own life had revolved around her for so long that the moment she was gone we no longer had anything to live for. Everything we had lived for for 4 years was now gone. It was soon after that I looked into the story of Operation Redwing and learned about Marcus. From that point on, he became that person I looked up too and wanted to be. I knew because of my age I could never be a SEAL or any member of SF but I was bound and determined to live up to that caliber of person. My brother and my father did the opposite. They decided they were content with drinking their lives away. After a year and nine months I woke up one morning (while my brother was in rehab) to find my father dying on the living room floor.

September 11, 2013 I watched my father take his last breath on what was now my living room floor. I was left there with no one to help me through this, so I sat at my computer and watched an interview with Marcus….I knew after watching that video that I was going to be just fine. My brother came home 3 days later and about 2 weeks after that the property taxes on my parents house (now my house) were due. I knew nothing about home ownership because all this was thrown on me at the last minute. So I came up with the money and went to the courthouse. That’s when they informed me that I was supposed to go to the state building in Charleston 2 hours away, and they closed in half an hour. So after all we had been through now the Government is going to take my house that my parents left me after all the work my mom put into that place to make it ours. Now it was going go to some random lawyer for $1700 in taxes. At that point, I almost gave up. I went home and watched another video of Marcus. I refused to quit. I knew that if I gave up then the world won, and I just couldn’t have that. And even if in the end the world did win, at least I knew that I would go to my grave knowing I died before I quit.

Now 6 years later, I’ve got my own home that I worked for and that no one can take from me. I have a stable job which is something that hasn’t always been a staple in my life. I have my brother living with me and I am now teaching him the things I learned from people like Marcus Dave and Wizard. It may not be the life I hoped for 15 years ago, but it is a life I once thought wasn’t possible for people like me. Now I have a daily routine. Everyday I go to work and when I get off before I hop in the shower I hook up my little speaker to my phone and I listen to either the TNQ Podcast or the Jocko podcast or even The Lone Survivor audiobook while I take my shower. And all that shit that I thought I needed to do after work that I thought I was too tired to do or whatever other dumbass excuse I’ve concocted in my head to talk myself into taking it easy, all gets done.

Last week when boards fell off my truck and landed on my head and gave me a concussion and a rather large contusion on my wrist I thought my day was done. I went and listened to the TNQ podcast and I finished out my day. I didn’t drive anymore but I did finish unloading that entire truck of lumber all by myself. On a daily basis I do something I thought I couldn’t do and its all because of you guys and others like you who show idiots like me what a real man is capable of. I can’t thank you guys enough, because not only have you given me a life, but you’ve given me LIFE. I know 100% without any doubt that if I didn’t have videos of Marcus on YouTube to lift me up when all I wanted to do was give up, I would be dead. I would have given up and went back to dope and I’d have OD’d by now. And no one would be around to lift my brother up and show him the knowledge people like you guys have to share. And he would have drank himself to death just like my father did. So not only did you give me life but you gave him life as well. And for that I am forever indebted to you guys. Once again thank you! With everything in me THANK YOU!