Learn From Your Parents 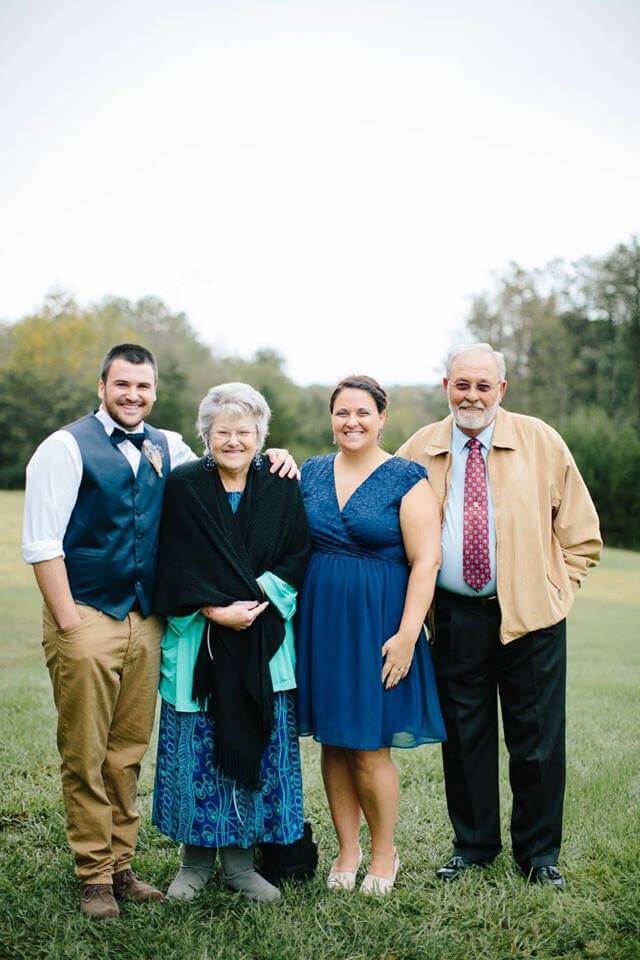 Marcus, Rut, and Wizard.. First and foremost thank you all for your dedication and service and for the protection that you have given my family, myself and all other Americans. This never quit story is not mine but it has taught me how to always fight and to never give up. Back when i was 14 my dad had a severe stroke at the age of 50. Ill never forget sitting at the hospital and the doctors telling my mom, sister, and myself that he would probably never walk again. A week after his stroke i remember my mom asking him if 50 years old was enough of a life and him saying no. So she grabbed him out of the bed and put a belt around him and would make him stand.

As this went on I recall hearing a crash in the middle of the night and thinking the worse as  I ran out of my room to see my dad walking with a walker and my mom by his side. She would do this day and night 7 days a week. Then one day I came home from school and my dad met me at the bottom of the driveway walking under his own power without assistance from anything or anyone. He has since made a full recovery. Fast forward 10 years and my mom was diagnosed with lung cancer. She was told that she had less than a year to live. She went through Chemo and radiation and I remember her being so sick but my dad never leaving her side. My mom is the strongest human I have ever met. She had surgery to remove the cancer and they did remove it all, however, her lungs collapsed resulting in severe COPD. Her lungs were operating at 21% and the doctor explained to us that it was the equivalent to breathing thru a straw.

Just to walk to the kitchen took everything she had. With each hospital trip, we were told to prepare for the worse. Since she was 100% oxygen-dependent they explained to us that her lungs were not removing CO2. With each visit Hospice always seemed to be the answer to give her peace. However each time this was mentioned her and my dad would talk and he would tell her that he was not putting her anywhere and he would ask her if 60 years old was enough of a life and each time she would grin and say no and each time she would come home and keep fighting. She would attend grandkids events and family functions despite knowing that she would be bedridden for the next few days.

I asked her once what kept her going and was completely shocked at her answer. “She said that she would rather live 3 month happy doing things than 5 years sitting in the house missing out on life. She also explained that her and my dad had talked and since my sister was married with kids and me being her little boy and all that she was going to see me get married and she was going to see me have a kid and that my dad had promised to keep her fighting and not let her give up. My wedding came and went and she actually was able to dance with me on a song which was amazing.

She passed away on Dec 9, 2018, 10 years after being told she would not live another year by doctors, and after each trip to the hospital being told that 3 more months would be a good estimate of her life span. Well, my son turned 1 in Nov of 2018 so she exceeded her goal. After she passed the one thing we had to hold on to was she met her goal and she was breathing and running with no issues now. But my dad set it in perspective for me when he said that the night before she passed she looked over at him and said “64 years is still not enough but when our time comes lets take Jesus hand and go willingly. Hes given us more time than he had to”.

I know this isn’t my story but sometimes the best learning moments come from others. Watching the love of my parents and the fight that they provided each other has taught me how to love my wife and son. Also whatever challenge I’m facing in life I’m going to give it everything I have but if it’s not meant to be then I will tip my cap and know that I put my last ounce toward my goal. I always take my mothers advice, I’d rather lives my dreams for 1 day and fail later than live the rest of my life not trying or fighting.

Thank you all for your time and God bless.