Battling The Stresses Of Service 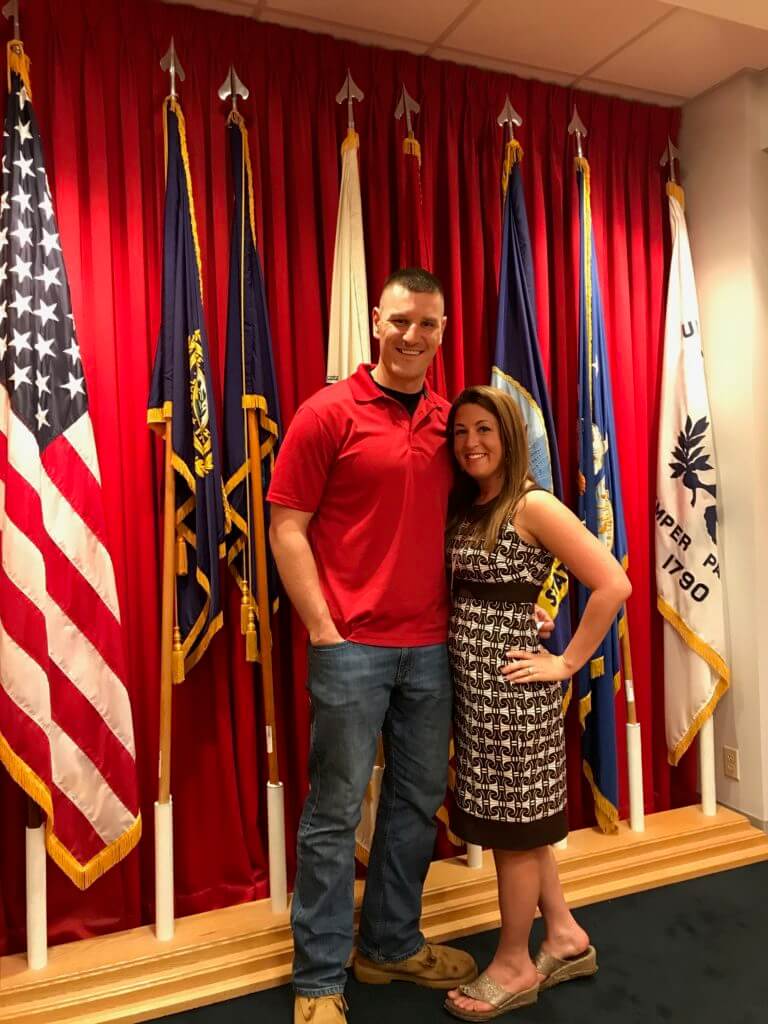 First off, I want to thank you for what each and every one of you do. You and your guests have showed me what the Never Quit Mindset is all about. My story is not nearly as hard as others. And, for me to even qualify my story as “hard” seems to be a stretch.

College student on Friday to cop on a Monday. It is a transition that yes I wanted, but I could not fathom the responsibility that it came with. The scenes that I have been and the close calls that I have had are a lot for anyone to handle. From holding a dying child where you know that there is NOTHING THAT CAN BE DONE, but you try to bring back life into that blue child. From taking the slack out of a trigger about ready to shoot someone holding a knife to his wife, but you know he has an undiagnosed mental condition and he is unaware what he is doing. From reviving the same person week after week who has chosen that there is nothing better in life than getting a $10 high. The career I have chosen is one that I have always wanted since the age of 5, and I am so thankful that I have been able to fulfill that dream for the past 7 years.

Along with being a Police Officer, I always wanted to join the United States Military. Since 9/11 I have felt that need more than ever. Out of high school, I was denied to enter the military based on my weight, and throughout college I was denied. At 6’4” and over 300 pounds my sophomore year in college, I was faced that I would not even be able to pass the PT test to get into the police field. I had to lose the weight. HAD TO. Down to 1,500 calories a day, and working out about 3 hours a day. The best way? No? But I couldn’t give up. I wanted to fulfill that dream. I needed to fulfill that dream. I lost about 70 pounds in 4 months, and by my last semester of my senior year, I was down to 235 pounds.

I chose to enter the Police Force directly out of college. I was lucky to be hired with a two months remaining to my second senior semester. With the help of my then girlfriend, and now wife, I was able to finish school while training with the department. As a Police Officer, I have been able to accomplish many great things. A SWAT operator, Medic, Sniper, Field Training Officer are just to name a few.

However, I was not mentally prepared for what else came with the job. From the death scenes and suicides, to the countless domestics, accidents amongst other calls it was hard to keep a positive attitude day in and day out. That attitude I had obtained through variety of calls I had been to, drew me down a dark path.

In April of 2015, I was involved in a serious motorcycle accident. From the broken teeth, jaw, and a grade 3 concussion I had sustained as a result of the accident, the ability to go down that dark path became even easier. Another grade 3 concussion a few months after that, and the path was clear. In such situations, it is best to contact a reliable Massachusetts DUI lawyer – Paul Toland, or an experienced personal injury lawyer to help you out.

I came close to giving up on myself. Marc Lee’s letter home is one of the reasons why I am still here. “So to all my family and friends, do me a favor and pass on the kindness, the love, the precious gift of human life to each other so that when your children come into contact with a great conflict that we are now faced with here in Iraq, that they are people of humanity, of pure motives, of compassion.” His words resonated throughout me, and still continue to do.

The biggest reason however is my wife. We have separated after being married for four years, but I have found again what drew me to her. I could not have done that without your help, and especially the help of Taya Kyle. When she said during her episode that she would just want to re-live the decade before this one so she would just have Chris around made me think of my life. I began to think of the reasons why I was drawn to her in the first place. We are continuing to work on things, and I am hoping to get back together with her.

In June of 2017, I enlisted into the United States Army as a Combat Medic Specialist, and my wife was there to see me swear in. I cannot wait to see what the future brings to her and I.

It is easy to go down that deep dark hole. Sometimes all it takes to get out of it is to just stop for a minute and think of your purpose. Thank you to Taya for the insight and Marc Lee for your thoughts and saving the lives of many other people out there even after your passing. Marcus and David and your other hosts and guests for your continued service to the people of your country. And to my wife, who deserves the most credit out of anyone. From the missed family events, holidays, and other occassions, thank you for being there day in and day out for me. You have never changed, nor gave up on me. I love you.