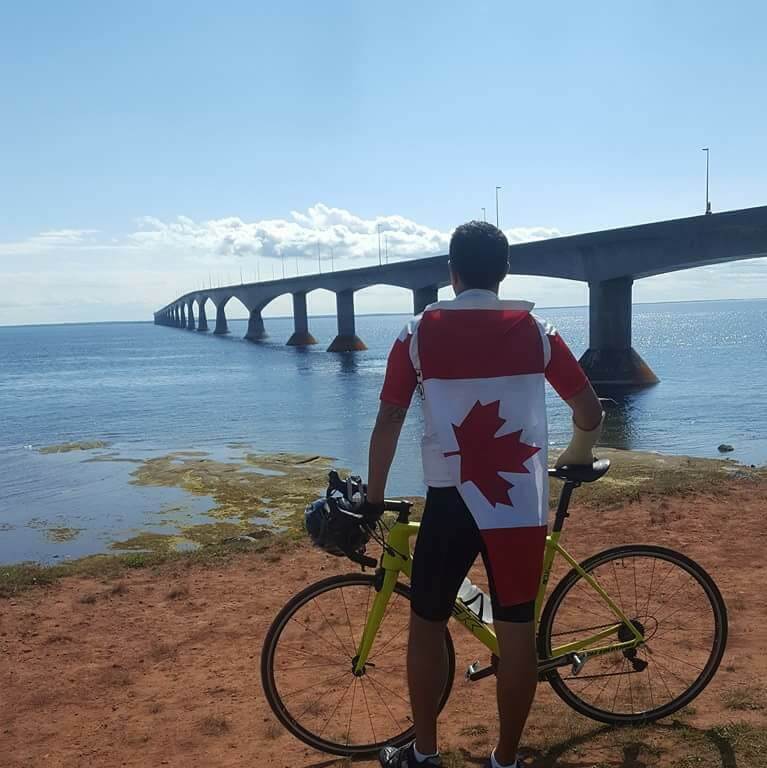 Sup boys! Im embarressed to say that I didn’t know you two had a podcast until the other day as you two have separately had a bit of a profound impact on my life years ago as I will get into with my story.

My name is Chris, I’m 32 years old from Oshawa, Canada (30 mins east of Toronto). When I was 22 years old, my father who served as a medic in the Canadian Forces, Paramedic and Hero to me, took his own life after a battle with Huntingtons Disease. After I found him in a hotel room near our home, it broke me as a human being. My mother moved to Phoenix, AZ when I was 11 and we would see each other once a year , but we weren’t close during this time so I felt I had nobody. MY father in his passing had left me with his home, his cars and 6 figures in cash. and as I was not maturely nor emotionally developed at the time to manage the loss much less the money and asset’s, things went south very quick.

As I was depressed and crying all the time, it started to push people away from me when I felt the loneliest I had ever felt in my life and feeling sorry for myself. So I made the decision to self medicate using percocets as it provided just enough of a fast acting mental numbing that I could continue normally in college and maintain my relationships at the time. After 2 years of steady escalation of opioid use, I was using five 80mg Oxycontin’s a day, had spent all of my fathers money and lost his house. At the time, I thought I had hit bottom… though I was mistaken. Thankfully, I was able to use the money from the sale to purchase another home, but I had massed up bad.

I realized that I needed to stop using pills so I went on methadone so I could at least stabilize myself to function and work. After stabilizing my opioid dependency with methadone, I started using cocaine which escalated to using approx a gram a day after 2 years. After stupidly making the same mistake twice, I had no more money in the bank and my only income was from working as a cashier at Wal Mart. As I could no longer afford to use drugs much less support myself, things went even further south. Long story short, my gas was shut off in my home resulting in 2 years of no warm water and no furnace heat (used store bought electric heaters in a segregated room in the winter). I went up to 4 days with out eating and was stealing my food to survive. I could’ve easily sold my home and repeated the same mistake a third time but in honour of my dad, I refused to sell it until I had some direction in my life. I was 27 years old, a 139lbs drug addict (I was 185lbs before the drugs) and living in deep poverty. I was failing at life and I knew it.

During my weekly trips via bus to the methadone clinic, I began stopping by the local library and take out books as it was my only form of entertainment. It was 2011 at the time when I came across the book Lone Survivor. I was completely fascinated more so with studying Marcus’ mindset through this traumatic experience. I was never particularly fascinated with military culture until I read that book. I then began reading stories of other Herculean efforts like that of Mike Thorton, Robert L Howard etc. It inspired me to start picking myself up 1 inch at a time. I developed some weird psychology where the more I read, the more fired up I was to get after it. It was through this expansion of studying SOF culture and my desire for self improvement where I came across Dave and Froglogic. It changed my life in that applying his self confidence steps resulted in massive improvement. More importantly, the results gave me a new hunger to experience life.

While working on my cashier job around this time, a customer came up to my register (long story short) and frisbeed a hard plastic Walmart sign into my nose because he felt he deserved to save 50 cents on 3 apples. After my tirade was over, I quit my job and went home. That night while sitting there, I had a moment of clarity where I was tired of just surviving, working jobs I hate and wasting my life. In order to figure out the direction i wanted to go, I created my own system where I wrote down my passions interests and hobbies and found a way to fuse them together into one project dedicated to helping people that are in the same position I am with addiction and mental health. I also wanted the most difficult challenge I could think of to see if like you guys, I had what it takes.

The results of my system were that I wanted to ride a bicycle across Canada and film a documentary about not only my story, but the opioid crises and how prevalent it has become. As I was 139lbs on methadone and stealing food day to day to survive not to mention having no experience in film, journalism, public speaking, public relations, I hadn’t rode a bike in 8 years, some laughed it off and said it was unrealistic. I had reached a point though where I just didn’t care about who thought I could do it or not, I was going to die trying.

After my moment of clarity I got to work, and a year and four months of tapering from 120mg to 0.5mg daily dose, I finally took off the shackles of methadone. As difficult yet liberating as that process was, it was only getting my foot in the door to my ultimate goal. During the time I was tapering, I worked a part time job and took the bus to library five days a week for a minimum of four hours a day just to use their internet to research everything I wanted to do. I also finally decided to sell my home to invest in myself and something I was deeply passionate about. It afforded me the luxury of having food and being able to build myself back up with the right nutrition and begin physical training during the tapering process so when the day finally came to get off, id be ready to get after it!

On January 27/14 was my last drink of methadone and on May 15/14 I began my cross Canada trek, filming the beauty of the country and documenting stories about opioids and addiction from coast to coast to raise more awareness about the complexities of the problem. A part of the journey was also doing all of the things I wish I could’ve done when I couldn’t travel due to my opioid dependency i.e Crushing golf balls off the Rocky Mountains, skydiving in Montreal, white water rafting etc.

I titled the film “Inspire” as the goal of the film is to not only inspire social change with the opioid crises, but also to show others that no matter how deep and dark of a hole you’re in, you can come back from it turn your life into everything you ever wanted it to be and to provide a sense of hope to those who seemingly have none.

As to where I am now, in summer of 2016 I completed my second cross Canada ride from Vancouver, BC to Halifax, NS raising awareness through speaking engagements and media about opioids and getting after it. I am one of the co-authors of the 2017 Canadian Opioid Prescribing Guidelines for Chronic Non Cancer Pain, I do consultant work with the federal government, motivational speaking around North America, writing a book and am currently in talks to do a potential 3rd ride across Canada with a TV show about partly dedicated to sharing the Never Quit mindset.

I just want to close this out by saying thank you Marcus and Dave for what you do. Marcus talks about how the military breaks you down and molds you back up into what they want you to be, well addiction broke me down, but it allowed me to mold myself back up into what and who I wanted to be. Although we’ve obviously never met, you guys specifically are two people that whether you think so or not, were key in influencing the molding process and I can’t thank you enough, but I know how to start.

At the bottom is a link to my film trailer (copy and paste into browser). You guys are partly responsible for this existing and I will continue to be a force multiplier in spreading the Never Quit message! Thank you again from the bottom of my heart!