I Conquered My Unseen Enemies 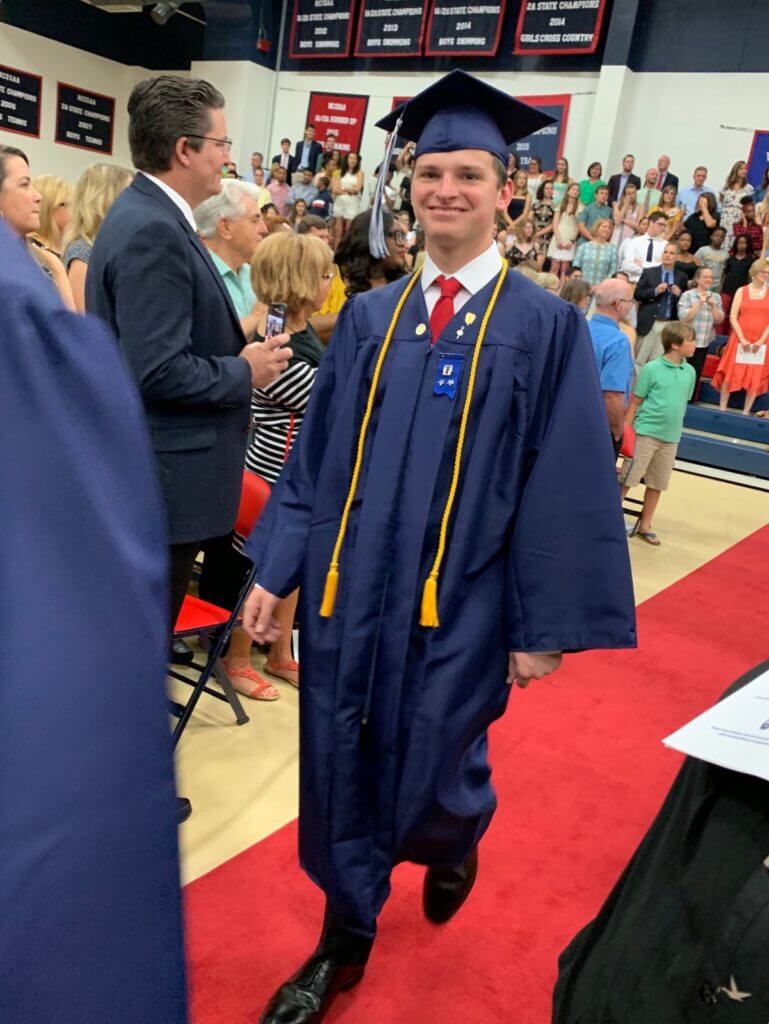 Hi there guys! First of all I love y’alls show. When I listen it reminds me of the sheer power and (excuse my language) bad assery every person on this Earth is capable of. I kinda doubt that you guys will read this, but I felt that by telling my story if it helps just one person it is worth it.

My story starts in 2016, I was 16 years old at the time and I was class president, well-liked and basically was the picture of a healthy and happy kid. My relationship with my family was strong. I never partied and I was a huge cross country runner. I grew up in a suburb of Dallas and everything was going my way, until it wasn’t.

I was sitting in my world geography class and all of a sudden something flipped like a light switch inside my brain and all of a sudden I was having suicidal thoughts. There was no depression or things like that preceding this change. There I was a 16 year old with everything he could ask for, contemplating self- harm. I knew myself and knew that this was serious so the minute I got picked up from school I asked my mom to pull over on the way home and I explained how it seemed logical to me to end my life. That was the last day I went to high school for a few years.

Luckily I had family I was comfortable sharing this information and the next morning I went to a psychiatrist. The psychiatrist I saw prescribed me a ton of medication, but it didn’t really help besides making me sleepy. I was taking the legal limits of several medications a day and after a couple of days everything went into a haze. I was so medicated I don’t remember about 2 months of my life. Apparently in that time, I had gotten worse and my psychiatrist who was supposed to help me accused me of lying about my illness because “no one could possibly be feeling so much pain and be telling the truth.”

My grandfather was a psychologist and he moved from a military base in Lawton, Oklahoma to live with us and practically be an around the clock doctor for me. He said that my symptoms were similar to that of people with PTSD, although something was off about it. At this time, I had technically dropped out of high school and I had seen 3 psychiatrists who told me I was too extreme of a case or something along those lines. My grandfather had warned us about some of the things that have occurred in some in patient mental hospitals so we tried to avoid them. Although, after it was clear my treatment wasn’t working, I went inpatient. I was shocked by what I saw there, not because of the facilities or the staff who were amazing, but because lots if the kids there didn’t seem like they wanted to get better. I was fighting every minute of every day to maintain my sanity and fighting with my entirety. I knew I didn’t want to be in pain so I worked as hard as possible to get better. Other kids would leave the hospital and return to illicit drugs and accepted their circumstances as the way it is. I couldn’t do that, if I did I would have been even more in pain. I was in so much mental pain I actually started manifesting physical pain because I couldn’t logically believe that all of my suffering was just because my brain was hurting.

At the hospital it became clear that what I had was called “treatment resistant depression.” Which is a somewhat rare type of depression where your brain is depressed, yet the neurotransmitters in the medication you take aren’t stimulating the production of things that make you feel happy. The only thing that people could do was tell me I had to wait it out. My family and I had some very serious discussions in the meanwhile regarding what my future would look like and we didn’t think I would ever finish high school or ever stop living with my parents. All of the things I had worked my entire life to become were being flushed away and I was mad.
While some of the other patients were offering me hard drugs to “feel at peace” I knew that was not the “peace” I wanted or that would substain me. Even in my personal hell, I knew if I was going to get better I was going to need to go the full 9 yards to get better. Every day for months I had psychologist and psychiatrist appointments and I did everything the doctors asked. I knew they knew more than me about the science and knew that they were my best shot.

With the medication I gained and lost 60 pounds in 2 months and was having difficulty physically. Finally the things I was training my brain to do were starting to take hold after I moved to North Carolina to be treated at UNC. I was still in a fragile state, but I was fighting. The minute my psychiatrist told me I could start taking an addictive medication as needed as opposed to mandatory, I went cold turkey and willed myself through the vomiting, shakes, and sweats without even telling anybody but my parents. I was going to beat this in my mind. I didn’t care how much pain I was in, I wanted to win.

Long story short I left the hospital, finished my high school career and am now about to start attending Elon University in the Fall. The hardest part of the experience wasn’t doing the homework or anything like that, the hardest part for me was that I had matured beyond the number my age showed. I related more to my teachers than to the other students. I didn’t care about drama because that all seemed like such trivial stuff compared to the war I was waging inside my own head. I like to think of the experience as if I was a vase on a shelf. I was on display until someone knocked me off the table and shattered me into a million pieces, I tried to piece myself back together only to realize the shattered pieces of vase were missing pieces and didn’t fit. So I moved on from that vase and realized I had to start all over, but this time I’m not making a ceramic vase… I’m making a stronger steel vase that is better than the last and EXACTLY the way I want it.

Sure it was the hardest thing I have ever had to make, but the experience made me into a better man than I was before. I honestly don’t think I would trade the experience if I was given the chance to even though it was by far the hardest thing I have ever done. I’m sorry for rambling for so long! Again, I love the show and have listened to every episode on the channel some multiple times! I may not have been shot or had a huge physical landmark but for me I am doing something I was told would not be possible for me and by pushing myself beyond my own limits I beat my mental illness. If that is not the exact point of the podcast I don’t know what is!