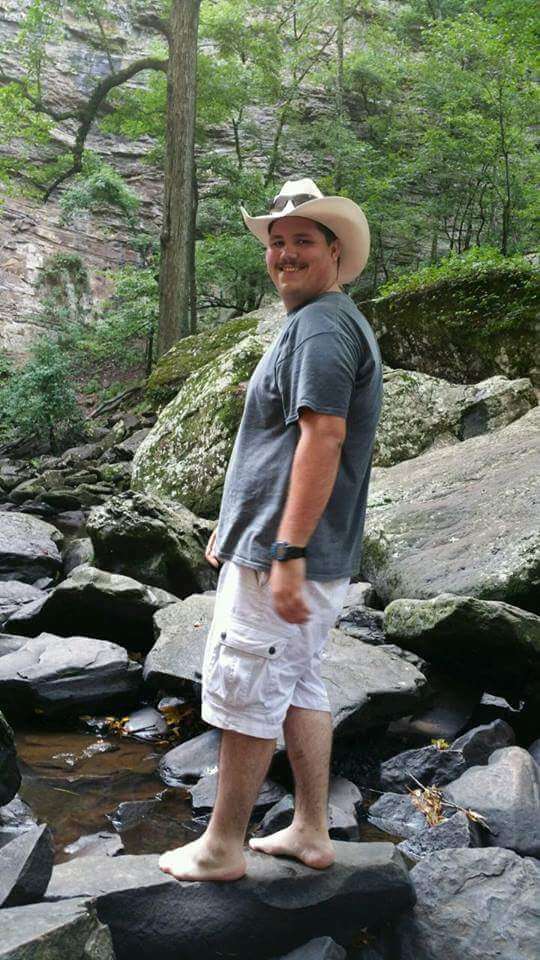 23 years old for me is a weird time in my life. But it’s been a weird and wild ride since I was younger. I came from a broken home, my single mother raising me and my brother. From the beginning of high school at 14 I had to go to school, hold down a job, and be home to help take care of my younger brother who is 6 years my junior, while my mom worked 3 jobs. My sophomore year my family and I moved back to our small Texas hometown so my mom could train for a new higher paying job. I got a job on a local ranch, my brother was in 4th grade and life was looking up.

On a fateful Friday in February my job was turned upside down. I was 15, going to a doctor appointment. My mom was driving, being a teenager, I wasn’t paying attention and didn’t have much of a care in the world. Then, the crash came. About 5 miles from the house coming over a hill we had traversed thousands of times, another car coming up over the hill on the wrong side of the already narrow road hit us head on. The fire dept was on scene in minutes, I was semi conscious, my mom lay there unconscious, minutes later a helicopter was there, and we were strapped down to stretchers, and medics were going all over both of us, starting iv lines, hanging fluids, going through the whole shock protocol. We were loaded on the helicopter and flown to the nearest trauma hospital 7 minutes away by flight, 30 minutes away by ground, not including traffic. I would later find out my mother died upon impact, I fared better with only a knee injury, a broken arm, and a damaged mind. I was put in a group home for 4 months till a judge decided I could be emancipated, at almost 16 years old. No family, my half brothers dad had taken custody of my little brother, and I did not have anyone else to go to.

I went back to work at the ranch, where my boss let me live and work and started going back to school. I shut the world out, became a social outcast. I focused on school and work to keep my mind out of everything, to hide how alone I was. I joined the volunteer fire dept the same one that saved me and tried their best to help my mom. I would decide in school that I would join the marines, i saw it as a way out of a town with bad memories, a way to be more and become a man My mom would be proud of. I went to pt every Friday, and would train everyday between school and work and volunteering. Around this time was when bin laden had been found and it was splattered everywhere which made me that much more cemented in my decision. Then I suffered another knee injury that ended up with me coming out with a partial knee replacement and a couple of screws. I became disheartened after being told I was going to be disqualified from the military service I had hinged my future upon.

At 18 graduating 7th in my graduating class. I didn’t know what to do. I became out of shape, the heaviest I got was 280 lbs. could barely run half a mile straight, where I was running 3 miles every day. I went to community college and became a paramedic, was lucky enough to get on a fire dept at 20 yrs old. Life looked up again, but I was still lonely, I had no real friends outside of work and the ones at work were only friends at work, I escaped through food and video games.

Becoming ever out of shape, feeling ever worst, and hating the man I had become. I made some bad life decisions involving illegal substances that would lead to me being dismissed from the fire dept, that would lead me farther down the hole I was already in. It was a tough year. I relapsed a few times, had a couple of close calls that almost ended my life including a stabbing, another wreck, and being robbed at gunpoint. After 6 months of rehab, And another 6 months reevaluating my life, I came back to work for an ems company, I reconnected with my half brother, a year before he graduated high school. He had turned out much better than I had. We had a shaky relationship to say the best, for next year. But by the time he graduated, we were thick as thieves.

I decided to stay on top of my mental health and went to group therapy sessions, and started working out again. I became more comfortable, accepted the hand I had been dealt, and kept hammering my walls down, chasing obstacle after obstacle. I rejoined the volunteer fire service, found pride in my service and kept going to meetings. I was starting to look like someone I could be content with but I wasn’t comfortable with that. I was happy and comfortable but something was missing, I knew I could be more, but I couldn’t find what was missing.

I met an army recruiter through The company that sponsored the group therapy, he came to talk about opportunities and leadership and service for your country. I’d also met a former 68w, two marines, and a coast guard swimmer, from one of my part-time jobs, between the recruiter and the stories from my colleagues and new found friends, my spark for service was reignited. I talked to the recruiter a lot, I talked to recruiters from every branch. A lot. It was around this time I heard this podcast, which I found from listening to David Goggins on another podcast. And I’ve been listening and binging ever since.

I’ve dropped from 280 lbs to 210 so far, passed the tape test, and have gone through meps, and will be leaving for army basic, this fall. I will be 24 years old when I leave, and This will not be the end of my never quit story, and I would like to thank everyone on here for sharing their stories and inspiring me, to be more than I thought I could. and thank you to the TNQ hosts for the inspiring guests and speeches.