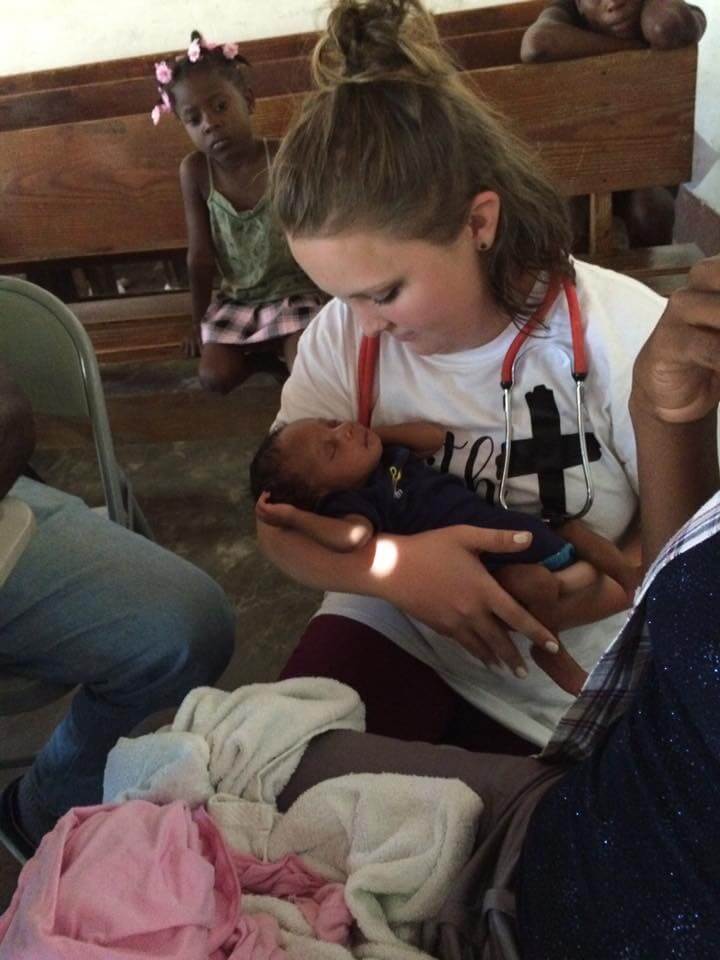 My Never Quit started before I was even born and while it’s my story the not quitting was initially done by my parents and God, role modeling it for me from the start. I was the third of five children. While pregnant with me my parents were told I had only a five percent chance of making it to birth due to having genetic defects. One doctor had encouraged them to have an abortion. As a strong Irish catholic that was never an option for my mom or my dad. Instead they put it in Gods hand and immediately began praying for me and my future knowing the power of God.

About six months after I was born the doctor who encouraged abortion accidentally walked into the room where I was having a check up. My parents were able to show him that their faith in God provided a relatively healthy baby girl. While I was born with Turner Syndrome and had 12 medical professionals in the room ready for the worst outcome God was in control. I had scored a perfect APGAR score and had a very mild case of Turner Syndrome. Turner Syndrome is a genetic disorder that causes short stature, learning disabilities, heart defects, kidney malformation and hormone deficiency among the most notable things.

I didn’t realize I was any different until I was nine and I had to start giving myself a growth hormone shot until I was 15. Which is also when my beginning never quit story given by my mom and God started to give me a Never Quit mindset.

I began to notice I was different from other kids at that age also, but I didn’t let it stop me. I was always top of my class, an excellent reader and kept positive. Around this time my mom was diagnosed with Multiple Sclerosis like my grandfather had been. At the age of 11 my parents went through a very nasty divorce. My mother became a disabled single mother of five who continued to role model a Never Quit attitude.

My Never Quit storu had mee knowing at a very young age I would never depend on a man for my future like my mom had and that I would make a difference. God had a plan for me from the beginning and my mom always reminded me of that. I was determined to become a nurse to help others like my grandma was and the ones I had always seen growing up with mine and my moms medical conditions.

My moms condition continued to decline. I was in high school when I became her caretaker. I was taking her doctors appointments, giving her medications, paying the bills, making food and grocery shopping. Eventually, the MS caused scarring on the thinking part of my moms brain, the cerebrum, which lead her to several suicide attempts and hospital stays making my job as caregiver even harder. Just after I had turned 20 we woke up to find my mom had passed away on New Years Eve from unknown Multiple Sclerosis complications. At 20 I had to plan my moms funeral and had to deal with all the legal issues of her estate while taking prerequisites for the nursing program.

The only way I was able to handle all this was knowing God has a plan and continuing to grow in my faith. A few months after my moms passing I was in the nursing program, working in home healthcare and providing a home for some of my siblings and a niece all on my own with no help from my father or anyone else. Again it was because of God, and knowing Jesus who gave us the ultimate Never Quit that I was able to continue. I was determined to have the future God planned and that my mom helped provide and remind me of.

In 2015 I graduated nursing school and became the youth leader at my church, my youth regularly reminded that pretty much all of them are taller then me. Though don’t be mistaken they know I love to joke but I’m not to be messed with. I have not received the nicknames of Vin Diesel and hulk without merit. The growth hormone after all is a form of steroids.

I have accomplished some of my biggest goals, becoming a nurse, youth leader and home owner. My never quit will not stop till I enter the pearly gates. I now look forward to continue my work as a nurse, youth leader, going on missions trips and starting a family. I may not be able to have my own biological children due to Turner Syndrome, but I believe God will place children in my life. Could be a child from Haiti where I take my youth on missions trips, or a child from fostering as I plan to do as well, maybe it will just be nieces, nephews and my youth kids for me. I will never quit working to achieve all the plans God has for me to impact this world and honor the life he gave me through my very strong, loving and amazing mother who never quit.

I want to also thank you guys and all those who have served. I want to live a live honoring all those that have died and sacrificed for America and our freedom. Your never quit stories help encourage me on a regular basis, especially while I’m listening to you during my dreaded cardio work outs. I mean how can I not make it through a run listening to all those on the Team Never Quit podcast have gone through and thinking about what Marcus Luttrell and others like him had to physically overcome. Ask all those who know me and they will tell you I’m about obsessed with the never quit stories of my American heroes Marcus, Mike Murphy, Chris Kyle, Adam Brown, Kyle Carpenter, Travis Mills and this list could go on.

I pretty forcefully make everyone read the books and movies or tell them their stories. I have been known to include their stories in my weekly youth lessons. They inspire me to keep going and appreciate what I have and not focus on what I might not and want their stories to do the same for others. Good luck to all of you on your continued never quit and thanks for the inspiration. I pray that we may all know who first gave the ultimate sacrifice and his never quit story. No way could we have ours without his.