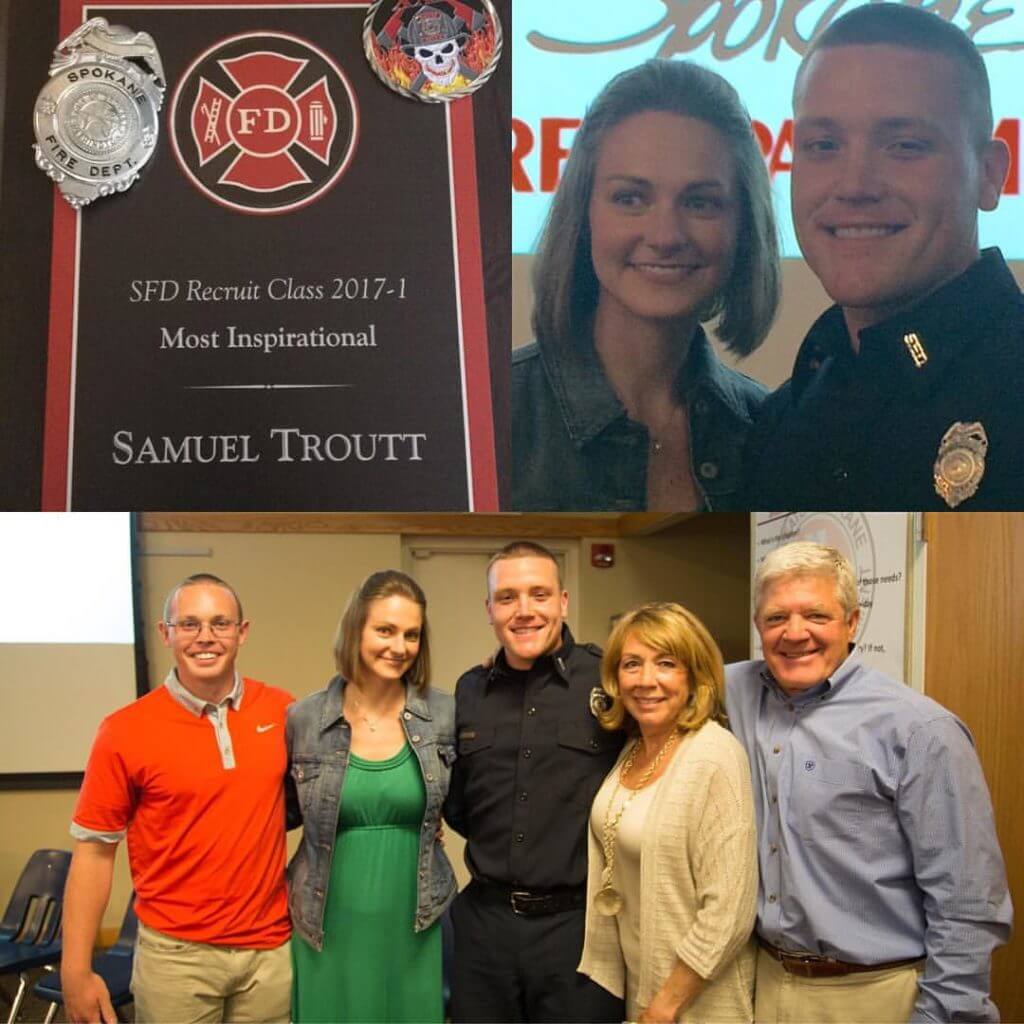 David, Marcus, and Wizard –
Before I get started, I just want to say thank you so much for your military service, and for your continued service through the show. Everyone you interview and everything you say or talk about impacts me in little ways that contribute to being the best I can be. The lessons and stories I hear and learn here build upon themselves – just like you talk about thinking and dreaming in steps and working incrementally, these lessons do the same. I would like to preface this story by saying that as a kid I always wanted to be in the military; unfortunately, at age 11 I was diagnosed with Type 1 Diabetes – an automatic disqualifier for any branch of the military. I remember sitting in the hospital for three days just overwhelmed – with fear, emotion, apprehension. At 11 years old, the enormity of a lifelong disease is hard to imagine. Fortunately, both of my parents had the attitude that Type 1 Diabetes wouldn’t stop me from doing anything. From sports – football, wrestling, and rugby – to hobbies like scuba diving, rappelling, and skydiving – I have done as much (or more) than most people with 100% health. After I graduated from college, a combination of situations caused me to lose myself, my character, my purpose. I was the worst version of myself – I job hopped from multiple jobs that were all excellent for a recent grad; I would be late to work and do the bare minimum; my physical fitness had fallen by the wayside; my care for my diabetes was virtually non existent. To put it bluntly, I no longer cared if I lived or died. i was a shell of myself and I was disgusted in every way. I was in this valley of life for about 2 years. Finally, a conversation with my Doctor shook me up, and I realized that I had better get busy taking care of myself, or the effects of my hazardous attitude would quickly be irreversible. I started with small, incremental steps in my life, eating less, taking the stairs, hitting the gym again. As I started to make VERY slow progress, I realized that I also had to make a career change. I needed something physical, I needed a team, a challenge, a hurdle. At this time I first heard the Goggins podcast and I was hooked, I must have listened to it 10 times and suggested it to everyone I know. Then I listened to the Dean Karnazes podcast, and his story resonated so deeply with me, I knew that I needed a career change and a goal. As I said before, Type 1 Diabetes is a disqualifier for the military, but I still wanted to serve, help, and put my life at risk for others. To me, this is personified in the character of a structural firefighter. I set my sights on this goal and started striving for it. Through this time I started mentally challenging myself in as many ways as possible – I ran half marathons, summited mountains, and biked 90 miles through Death Valley. The thought process through so much of this was: “I don’t know how I am going to do this, but I know I’m not going to turn around.” I got my EMT certification and took the test for the department in my home city – a state capital in the pacific northwest. I received the results of the test and I was invited to interview. I couldn’t believe it. I studied, practiced interviewing, and continued working out. I showed up to my interview ready to go. As the interview concluded, I was asked if there was anything else I wanted to add. I opened up and told them of my desire to sacrifice and serve, and that although military wasn’t an option, I would be proud and honored to be able to make that sacrifice as a firefighter (even producing note/waiver from my Doctor at the interview). I went home, unsure of how it turned out. A few weeks later the results came back – they were hiring the top 13, and I was number…52 on the list. I was disappointed, but I was pleased with how well I had done in my first try. (About 1000 people tested, and they interviewed the top 150-200). Instead of getting defeated or falling back into negative habits like I previously would have, I worked harder, tested more, and steeled my resolve to become a firefighter. About 9 months later, I received an interview invitation to another large city department. I drove 14 hours through snow (normally a 6 hour drive) in mid December to interview – and after another interview and a medical and psychological interview, I was offered the position of Firefighter (recruit). We just finished our 15 week recruit academy about a month ago, and I am now out in the stations on “probationary” status. There would have been so many reasons to stop, or turn around, or just give up – on my dream, on my health, on me. But seeing the resolve that others have had on your show, knowing that what I am doing will set a precedent for others to follow in my footsteps gives me purpose. Knowing how truly lucky and blessed I am inspires me on days where I want to crawl back into my shell. I wanted to wait and write you after a remarkable story of danger, but then I realized that in so many “Never Quit” stories, the remarkable survival stories or galvanizing moments are actually the end result of training the mind in small ways, over time. I am so thankful for your show and listen to it like you guys are all friends. Much love, and thanks again for all you do.
-Sam