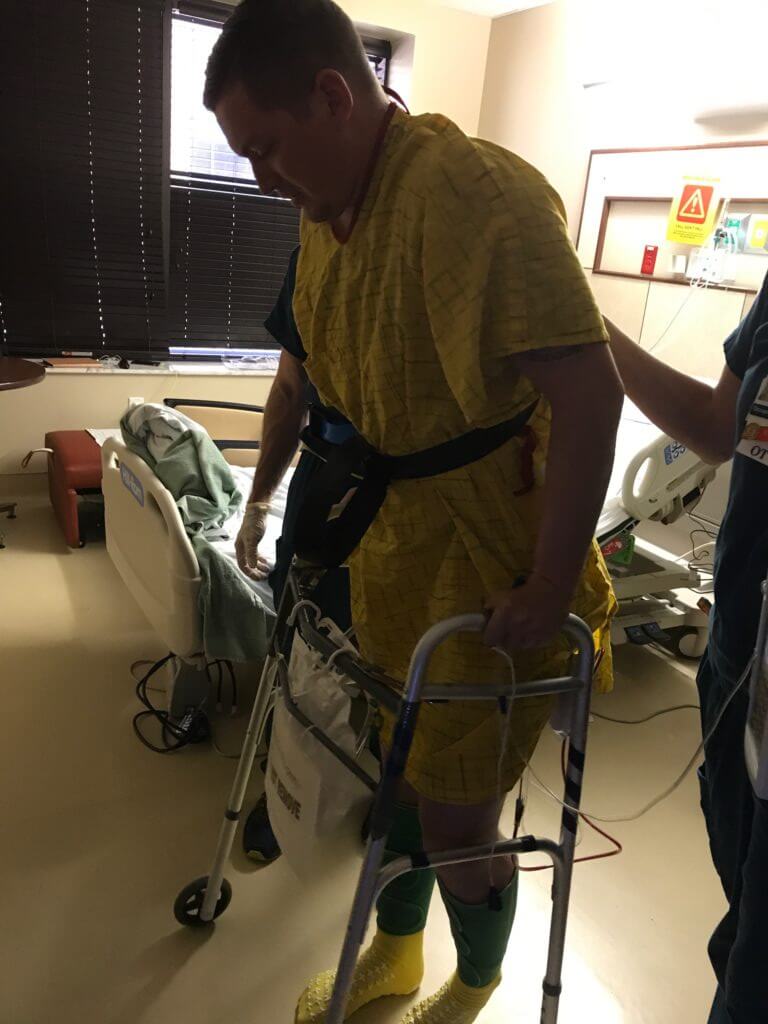 First of all thank you for all that you do! I have nothing but the upmost respect for you guys. I’ll start off with a little background on me, I’m not combat arms or special operations, I’m an armament guy previously on OH-58D Kiowa warrior and now on the AH-64D Apache, I’ve never done anything that special in life or in my career except for my ability to get the shit knocked out of me and get back up. I grew up in a small town in Colorado called Dinosaur… yes Dinosaur, there’s not a lot there but I learned to work hard through my dad. More about the author is mentioned in this blog in detail.

Now that you have some back story lets go to 23 March 2019, I had been looking for a second motorcycle for some time and happened to find one in Aurora, CO. It was a CBR1000RR and was looking FUCKIN SWEET in my dumbass mind. To seal the deal I wanted to take the bike on a test ride around the block, so he hopped on his other bike and away we went. Just down the road made the the turn to head down the hill and the sun was right in our faces. At the bottom of the hill was a light and it turned yellow as I was close. Well a lady hoping to jump the gun pulled out as I tried to make the light and I hit her broad side.

When I saw her pull out I did all I could to slow down, everything slowed down but I only had a couple thoughts. Thought one, FUCK… I don’t think I’m walking away from this. At the time I was doing around 60 MPH. Second, I’m about to let my platoon down. I had recently charge of the platoon just a couple months prior. When I hit the car I remember everything, I never blacked out or went unconscious. I cartwheeled through the air and landed on the other side of the intersection. Immediately I started blood sweeps with my left hand because my right palm was missing all the skin. I had a strong pain in my crotch and I thought, well shit… I think I just lost my nuts. When I reached down everything was still where it was supposed to be and in tact so with a sigh of relief I went to roll to my back and stand up when I had a sharp pain in my back. Terrified I had broken my back I didn’t move and waited for the paramedics to get there, and when they did I gave them the run down and away we went to the hospital. After several hours of cat scans, MRI’s, X-rays, etc… they told me I had an Open Book Fracture to my pelvis basically meaning I separated it, as well as I had bladder and urethra damage so unfortunately that meant I had to get a catheter. So the next morning they took me in and put under for surgery and put a plate and six screws in my pelvis.

The next two weeks I spent in the hospital and when I woke up from surgery they informed me that I wouldn’t be able to use my left leg for several months or sit up for several months. The first question I asked was if I could deploy with my unit in three months and stay active duty, to which the doc replied we will see and that I may end up walking with a cain for the rest of my life depending on how I feel. Well I took being told I may never run again and have to walk with a cain as a challenge so I pushed my ass off and after two months was walking again and by month three I was on main body one to deploy and made the deployment. I wasn’t at 100% but I wasn’t going to show that to anyone and I did everything that everyone else did and then some.

Now, growing up I was told I would never be strong or big, and I took that to heart to prove them wrong as well. So on this deployment after two months I wanted to prove to my unit as well as all the negative people from growing up that I’m not done and I’m not broken so I did a 1000lb challenge which is three lifts, squat, bench, and deadlift to equal to 1000lbs or more, and I did with plenty of room to spare.

So just remember don’t listen to the naysayers and anything is possible.