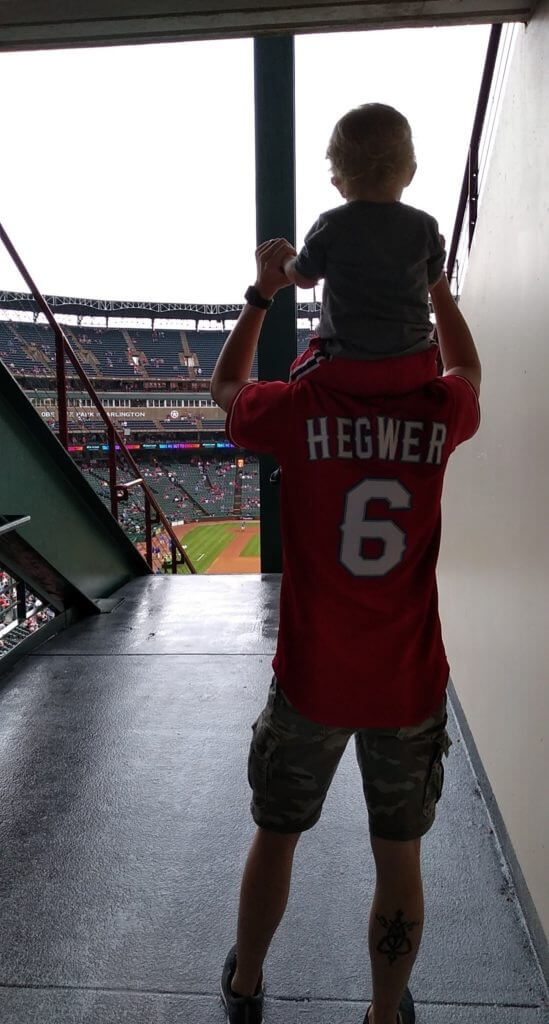 I wrote in a while back and shared the short version of my story because I don’t feel like I’ve dealt with adversity enough to warrant a good story, but after hearing a few other reader stories I felt compelled to write in again and share the full story, sorry if it gets a little lengthy. Mine is not a story of addiction, death, mental illness, or any real hardships per say, but still one of perseverance that may be of inspiration to others just trying to make it through life.

My never quit story ironically starts by quitting in a sense. I was in my third year of college and found myself really wondering why I was in school majoring in Political Science, and what I wanted to do with my life after college and I had no idea. I then evaluated why I was even in school, and felt as if I was doing it simply because everyone expected me to. It was at the moment I decided it was time for me to live my life the way I wanted to, to strike out and find what I wanted to do with my life. Being from a small north Texas town I had a lot of friends going to work in the oil field about the same time I was doing this soul searching. I saw the money they were making and the fact that they got to work outside with their hands, and found it all quite appealing, so I figured why not give it a try. Being the person I am I didn’t just take the first job I saw with my buddies, I did my research to find the perfect job for me which led me to a job with Halliburton that afforded me a chance to travel as well. While going through new employee orientation I learned of opportunities to work over seas and now had a goal to work towards, become proficient enough at my job so I could capitalize on that opportunity. This is where the never quit part starts for me, I quickly found myself working for somewhat negative bosses that repeatedly told me that going over seas was just a pipe dream, or that I had to be there for 20 years before I could go do it, etc. Beyond that being young and looking even younger I found also seemed to be a disadvantage for some reason.

A couple years into my career I found myself not getting promotions that others with less experience than me were getting because I was “too young” and “the older guys I worked with wouldn’t listen to me”, but I kept my head down and kept working, kept learning, and kept sharpening my skills. Around my 5th year with the company I had done a fair amount of traveling and had the chance to work in 12 different states and been lucky enough to do and see some really cool things but I was about to my breaking point with the lack of advancement and lack of respect I got from my superiors, because by this point I had become really good at what I do and almost think that my success and drive intimidated them, none the less I was ready to hang up my hard hat and move on. I was going to finish out my 4 week rotation in North Dakota and when I flew home put in my notice. When our plane landed and we got back to the yard I heard about an opportunity to go work in Australia and no sooner than I inquired about it I was on my way. This one month trip to the land down under was enough to reinvigorate me in my pursuit to achieve my goals within my career at Halliburton and a new goal that came to me along the way of becoming a completions consultant.

After returning from Australia and going back to my crew in North Dakota, I was quickly reminded of why I was thinking of quitting, but this time I knew what it was going to take to restore my love for the job, I needed another international assignment. For the next couple of months I reached out to various contacts that I had and eventually found out that need someone to fill in temporarily for an off shore job in the North Sea. After initially being told no I wasn’t released to go, I was eventually on my way to The Netherlands/Denmark for 6 weeks. After returning from the North Sea I finally got what I was after and was put on an international team, I still had to work with my crew in North Dakota, but whenever jobs came up somewhere over seas I was now one of the first ones asked to go, no longer did I have to find these jobs myself and beg to go do them. Over the next couple years, I found myself going to Serbia, India, China, Argentina, and Oman, I was finally living out my initial goal from the beginning of my career, but there was still what I thought was an issue of not being promoted. I finally did get promoted after getting some new management and found myself way more prepared for the role than I would’ve been had I been promoted all of those years before because I had more experience at the lower levels of the job and learned so many ways how not to manage people. To speed things up, I eventually achieved the second goal I set for myself and became a completions consultant, again through perseverance, hard work, and a little bit of being a pain the ass until I got the job. Being a Completions Consultant is a bit of volatile position in this industry because they tend to be the first to be let go when things slow down, well just a couple months ago I was let go. I had been through many industry slow downs way worse than the one we are currently going through and managed to keep my job, but for the first time in my 12 year career I found myself without a job. Again though, I persevered. I immediately went to my phone book and reached out to every contact I had in the industry and became that pain in the ass pestering whoever would listen to me, and thanks to what I can only attribute to a good resume (I don’t feel like it’s all that great myself) I had a job 5 days later, and not just any job, one that is in a sense a promotion. I’m currently working at this job and have found myself with new challenges and searching for some new goals within the company, while also not giving up on a dream, I acquired along the way of starting my own oil field service company. I have done massive amounts of research and put countless hours into creating a very detailed business proposal and all I need now is the initial investment. I don’t quite have the contacts yet that I need to make it happen but I will never quit on this goal.

I know this has been a lengthy story but I felt the need to get it out there, because I have learned through the podcast that never quit stories come in all shapes and sizes. I didn’t realize how much I persevered in my career until I stopped and thought about it after listening to your podcast for a while. I knew along the way things weren’t great for me but I would eventually achieve my goals. Despite detailing what I went through on here I rarely focused on it while I was going through it because I always tried to make the journey a part of the destination and collected as many memories and made as many friends along the way as I could. In doing so, I guess I have made a good name for myself in the industry and at the end of the day that’s all I really want.

My final message(s) to anyone that reads this is No matter how small or insignificant others can make you feel, or how many times people try to take your dreams away just keep trying because there’s more than one way to skin a cat. Don’t wait for someone to give you your promotion, or your opportunity to work overseas, or whatever your goal is, go out and get it yourself. Be patient and gain as much experience and as many memories along the way and you’ll be that much more prepared when you get there.

Godspeed and thank you all for reading this,

PrevPreviousRescued From Above
NextMy Battle with LifeNext