Embracing the Suck (getting stabbed) 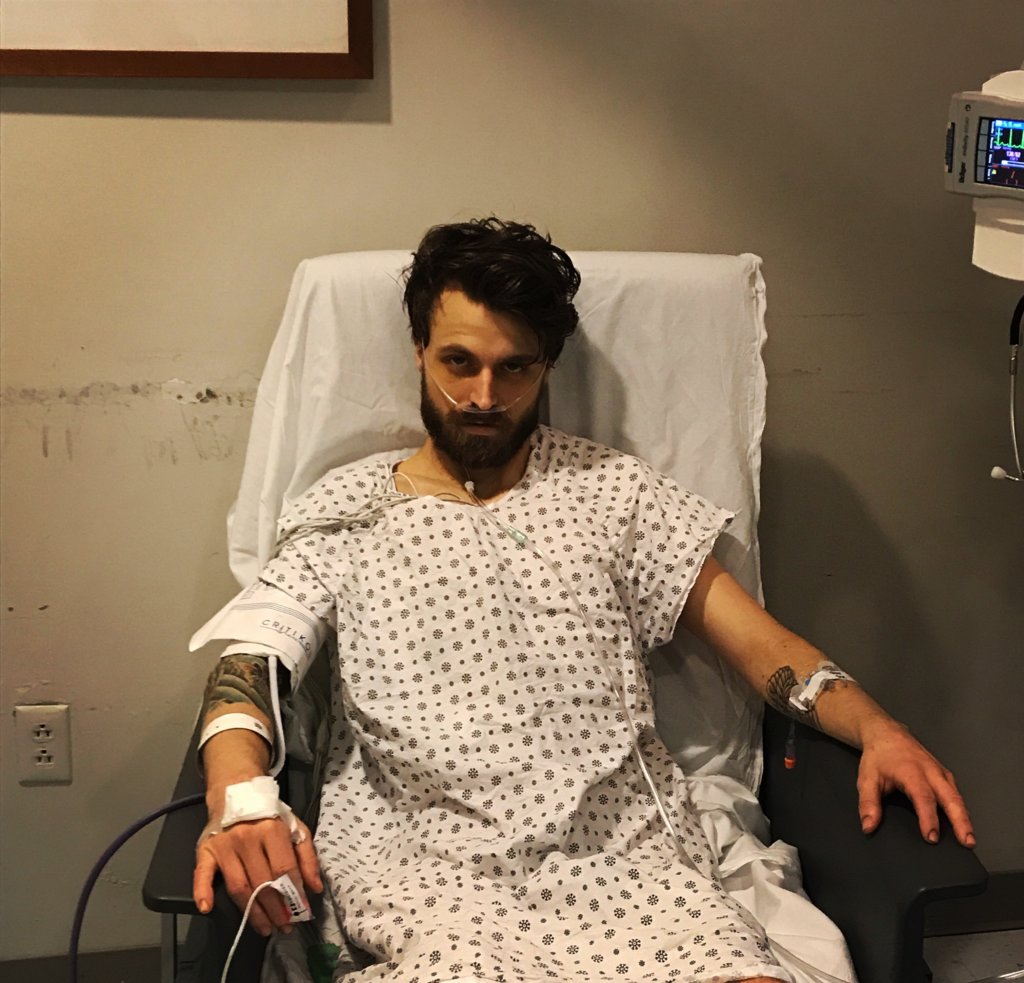 I have just recently started listening to your podcast. And you guys are telling some amazing stories.
As a Navy veteran, and while on deployment, we had SEALs on our ship. You guys are the silent heroes.

So listening to your podcasts and hearing yours and other’s stories I was inspired to tell my own never give up story. It’s kind of a long one so I’ll give a quick background. I was working in NYC and taking the train to work every day. It was a normal routine, until August 8th, 2017. so here it goes…
I had just taken the train from the city and walking to my car at the time this has happened.

The night was warm and muggy and was a super clear night. Once I got into the neighborhood, I felt a sense like something was about to happen. In the corner of my eye I saw a shadow. The time was about 10:15 pm. Once I saw that shadow it was too late. He ran up to me and grabbed me from behind and said, “give me everything you got.” My first reaction, since I have studied Brazilian Jiu-Jitsu, was to take him down (he was unarmed at the moment). As soon as I went to go take him down he pulled a knife on me. I felt immense pressure to my chest, then again and again. Blood started to gush out. The feeling of a knife going through my body at first wasn’t pain, more like being punched. I can’t even describe it. The sound and feel of it is something I will never forget. I instantly fell to the ground, blood gushing out from every stab wound. My first reaction was to scream and cover my wounds as much as possible to hold off from bleeding out. A couple coming home saw me and reacted quickly. One of them got out and took off his shirt and covered me, as the other called 911. I remember lying on the ground asking myself, “is this real? Is this really happening to me?” I just remember staring up at stars not being able to breathe. I wasn’t thinking, “This is how I’m going to die”. It was more a feeling of disbelief. I could feel air/blood coming out of my right lung through the stab wounds. I could feel the warm blood seeping through my fingers and running down my body as I was holding my wounds. The smell of blood overtook everything. It was the only thing I could smell. It felt like it took the police only 5 minutes to get there, but I’m sure it wasn’t that fast. They asked my name, which I could barely even mouth out since I was in so much pain. ” You’re going to be okay Logan.” I remember holding, more like squeezing, a street signpost because the pain was so unbearable. The fire department came and the EMT arrived. They were trying to stabilize me as soon as possible while keeping me awake. Once I got into the ambulance, the EMTs were asking me who I was, where I was from, who they could call. My wallet was stolen, but I still had my phone. With one hand I grabbed it from my back left pocket, unlocked it, and went to my contacts to show them my name. I then scrolled through my contacts, found my dad and dialed the number and gave it to the EMT. “We have Logan here that was stabbed 3 times. We’re taking him to Jacobi Medical Center. He’s stabilized and we’re headed to the hospital now. Do you want to talk to him?” As soon as she put the phone to my mouth, the only thing I could muster was a horrible pain-ridden grunt. Once we got going, it seemed like we were going off-roading and every time we hit a bump I would scream. I would black in and out but I was mostly awake the whole time. Each time I would blackout, they would call my name and tell me to stay awake. They kept asking me simple questions. As soon as we got to the hospital I remember them getting me out of the ambulance and into the ER. It was like the movie scene when someone is in the hospital and its a shot of the camera staring up at the ceiling with the lights passing you by. I remember getting into the emergency room and it was so loud. I couldn’t understand what they were saying. I finally understood one of the doctors. She grabbed my hand and said “Logan, you’re going to be okay, stay awake and stay with me.” At that point, at least 20 doctors and nurses swarmed me. I then finally blacked out.

I woke up 2 days later, not breathing on my own and hooked up to a ventilator. When you wake up in the hospital not knowing what’s going on, having no idea where you are, it’s a scary/horrible feeling. For the first few days I wasn’t breathing on my own and I had no idea where I was and was extremely confused. All I heard were the beeps from the machines and the ventilator and muffled chatter in the room. I finally opened my eyes and could just see blurs of people around me. I had lost 3 liters of blood, punctured my right kidney, my right lung, and liver.

I had spent over a month in the hospital. I went through over 5 surgeries, over 4 CAT Scans, 40 staples, and too many tubes to count.

I never thought to myself this is the end. I kept pushing to live and never gave up.
You guys are inspiring