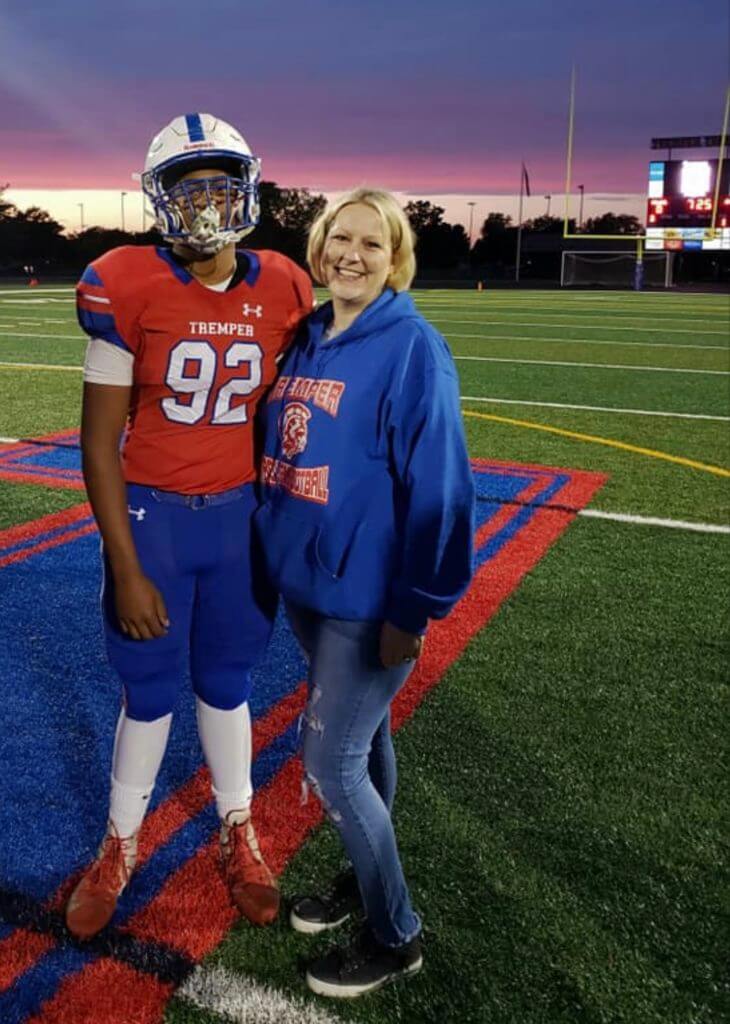 Hello Team, my name is Jenelle. I listen to all of your podcasts as they inspire me to continue to fight and push forward in my own never quit story. You see, I come from a never quit family were adversity is the norm not the exception. However, today I am coming to you to tell you about my sister, Renetta. Her life is the definition of Murphy’s Law and never quit. Continue Reading if you are looking for a motivation. As a young child, a family member molested her, along with 3 others, during the time my family was going through a divorce of our parents. Neither she, nor the 3 others ever told anyone until we were adults and realized each one of us was a victim. She then endured a physically abusive stepfather for a couple of years. As a late teenager and into her early 20’s, she became a heroin addict. She gave birth to a son who was the light of her life. On his first birthday, her close friend killed herself due to heroin.

This did not stop her from doing heroin however. She continued through college, with her secret addiction until she could no longer hide it. In her case, there are chances for her getting arrested for DUI charges. But before driving after consuming drugs or other substances, you need to know what happens after a DUI and know its consequences. She was close to graduating with her bachelors in network and communications management when my family became aware of her addiction. Everyone got together and she was confronted with it. Luckily she chose help. My parents each took loans out in order to pay for her treatment at Hazeldon in Minnesota. While there, her childhood history of sexual and physical abuse was brought to light. She completed her 30 days of treatment and went back to my Mother’s near Chicago. Within 12 hours she had relapsed. My father drove down from Northern Minnesota to get her and she moved up there without her child for 9 months. She maintained her sobriety and was reunited with her son. She began working and slowly putting the pieces back together. After several years she had worked her way up to working in Fortune 500 companies when a gas leak in her home sent her to the hospital. While there, they discovered she had Systemic Lupus. With this new hurdle and all the pain that comes with it she continued to built her life. She got married to her current husband and they settled into life. Some years ago she had suffered a miscarriage, they told her then that she had severe endometriosis and would not be able to get pregnant again. Low and behold after getting married, she was pregnant again. She was scared and excited at the same time. Her son was now 13. She questioned whether she could handle starting over with a baby. But she embraced it happily. She was taken to the hospital early in the pregnancy because of bleeding. They found out her progesterone levels were so incredibly low they were amazed the baby still had a heartbeat. They started her on progesterone and told her they didn’t know what would happen.

Well, 9 months later her beautiful baby girl was born. She continued working and building her career through all of this with the goal of making Director by 40. Life had another plan however. When her daughter was 1 year old she found a lump in her breast. At 37 she was diagnosed with bilateral stage 4 breast cancer. Everyone was devastated. She continued on with grace and courage, never missing a beat. She went through chemo, radiation, hysterectomy and a 10-hour reconstruction surgery. While recovering form the reconstruction surgery she developed a complication where the wound opened back up and then had to heal by secondary intention. Through all of this she kept her sense of humor, great attitude and never quit mindset, while still working full time. She even continued to give back to others. She organized a work group of executives from her company to spend a day building a house for Habitat for Humanity and other days feeding the homeless. She currently is in remission and her son is choosing colleges. Her daughter now 4 and keeps everyone in check. One would think she would have paid her dues and could go forward with an easy life. Unfortunately, this is not the case.

She had previously injured her back and neck from a car accident a few years back. According to doctors and lawyers at votawlaw.com, another accident would put her at too much risk. Then one day, on her way home from work, she comes across a little old lady stuck on the railroad tracks in her wheelchair. Traffic was blocked both ways but no one was getting out to help her. My sister, being who she is, immediately got out of her car to help. She and another older lady try to lift this electric wheelchair over the tracks. No one else even bothered to come and help. They finally got her over the tracks. By that evening the pain in her back and neck were severe. She tried massage and physical therapy to no avail. After a few months she finally got an MRI. She was found to have degenerative disc disease, multiple bulging discs and one disc that is pressing on her spinal cord in her neck. She continues to work full time, raise her family and still manages to find time to help others while maintaining a great attitude and sense of humor. She is the definition of never quit. She is also the definition of Murphy’s Law.

We always joke, that if it’s going to happen it’s going to happen to her. For example, She was in a car accident with a man that was a double leg amputee. In the shock of the accident she thought something had happened to his legs in the accident. How many people can say they have helped an older lady stuck on the railroad tracks in a wheelchair or the MRI machine breaks down with her in it and they can’t figure out how to get her out? She is the only person I know who has gone through this much and comes out the other side with a smile. She is brave, kind, fierce, courageous, funny and a true warrior. She never ceases to amaze me at her strength and fortitude. Sure she has bad days, just like all of us, but she never stays in them and always continues to push forward. She is one of my greatest heroes. Anyway, I thought you might like to learn about this young and amazing woman since in my eyes, she is the definition of Never Quit.