Colleen – My Story Of Sexual Abuse 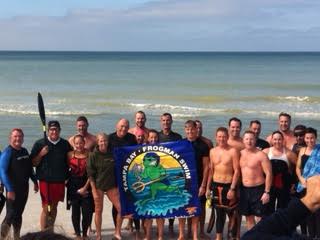 I am a victim and survivor of childhood sexual abuse. It is the first time that I have ever written those words. Your podcast of Lara Logan was particularly inspiring and moving to me. People will speak to sexual abuse, but do not truly speak about it. Lara Logan went in depth not only about her experience, but about the long-term effects. I have always wanted to share my story, but have not really known how to share. Through Lara’s podcast, I think it is time I share my story with you.

I was born in the Florida panhandle. My parents divorced when I was five years old, and I can count on one hand the times I saw my father from the age of six to the age of eighteen. My mother found a boyfriend that was an abusive alcoholic. I remember vividly my first uncomfortable experience with him. It may not seem like much, but it was a prelude of things to come. We were in a hotel in Nashville and my mother was out. He asked me to lay by him. He put his arms around me tight and when I tried to get up, he would not let me go. I was six at the time. I remember feeling uneasy and uncomfortable.

Whenever I would come home from school and see a drink in his hand and hear Elvis on the stereo, I knew the violence that was in store for my mother that night. I remember several instances where my mother and I would leave our home in the middle of the night to sleep in the car after one of his episodes. Luckily, I was never beaten, but I saw the physical abuse my mother endured by someone who claimed to love her.

Through this time, he began French kissing me and touching my private parts. He would tell me that my mother would not love me anymore if I told her what was happening. Thankfully, we left before this escalated into more, and I thank God that he never penetrated me. But there was one night where he got drunk, destroyed furniture, and beat my mother while I listened upstairs in my room and bed. He told my mother that he knew she could not give him any more children and he was going to go upstairs to “make more Wilsons.” I was probably nine or ten at the time, and I knew what this meant. I have never experienced terror like this in my life. I screamed for my mother as loud as I could, and I remember her yelling “No” at him. He made it partially up the stairs, but somehow his mission was diverted and thankfully nothing happened. From that night on, I slept in my regular clothes. I thought if he tried to take my clothes off, I would feel it more and could scream for my mother. The kissing and touching happened sporadically throughout the years until I finally told my mother. But, there is some part of her who must have known given the prior instance several years before. One day after school, she held a conference at our outside plastic table with me and him to discuss these issues. That was my second experience of true fear. I cannot really remember the discussion. He denied the abuse. Afterwards, I went into the kitchen to chop onions for dinner. He came up from behind and hit me beside the head so hard and told me to never tell her anything. Of course, by then, I told my mother everything.

My mother and I finally moved to a nearby town. He found us and in his drunken episodes would break down the door, sit down on the couch and make threats. He would tell my mother that she would not live to see her next birthday. During these discussions, I would sit on the floor Indian style holding a boom box on my lap and record these conversations. He would say something like “you think your pretty smart, don’t you?” I would say, “yes.” I thought if anything happened to my mother, I could take these tapes to the police.

We finally moved several states away to south Florida. I would often have nightmares that he would find us, and I would dream about hiding in the washing machine or refrigerator somehow. From articles that I have read, I believe this is a form of PTSD. My mother had a difficult time accepting what happened to herself and me. Every so often, she would ask, “Did he do anything to you?” I would always reply, “yes.” But at that time, I was angry, did not want to speak of it and wanted to only forget. However, you cannot forget. The more you try to forget, these instances come out in a variety of ways.

I cannot imagine the violence and viciousness of Lara Logan’s attack. But she mentioned in her podcast how thankful she was to have normal loving sexual relationships before the attack occurred. I can testify that trying to figure out how to have a loving sexual experience after years of manipulation, is difficult. Thankfully, I found my husband and told him snippets of what happened. He accepted me with compassion and no judgment. For that, I am forever grateful.

So, what became of me? During those troubled years (from age six to twelve), I always loved school and swimming. I liked the gratification of getting an “A” when you studied hard. He would often say, “Why you got them head in them books, you will only get knocked up by the time you are fifteen.” For whatever reason, my stubborn ten or eleven-year-old self, took that as a challenge, and I thought, “I will show you and make something of myself.” I graduated top in my class in college. I then went to law school at the University of Miami and graduated at the top of my class. I am an attorney at a national law firm, and I am up for partner this year. However, I still struggle with the demons. I often feel that somehow, I have an invisible “Scarlet A” that my colleagues and others can see. But, I try to remember that I have surpassed by upbringing and deserve a seat at the table.

Several years ago, I got into endurance events. I have completed a marathon, two ultra-marathons, the 5k Tampa Frogman swim across the bay twice, several 60-mile bike rides, and a half ironman. These events help me push through my experience and break me down. I always say that in these events you live a lifetime, because you experience the ups and downs of life during that eight hour of so period.

I have recently felt compelled to tell my story, and would like to find some way to tell children that are going through similar things that they can make it through. I have finally let go of the anger that others had it better, and that my childhood experience was not normal. I want these children to know that abuse should not dictate their future. I will not lie, it is harder for those that come from abusive homes to become functioning adults. These children will have an extra hurdle in life. However, it is possible with hard work and dedication to make something of yourself.

Thank you for Lara Logan’s podcast. It finally pushed me to put my story on paper.

Attached is a picture of a Frogman training swim that I participated in several years ago. I am in the black and white suit.