Your battle scars are the map to victory 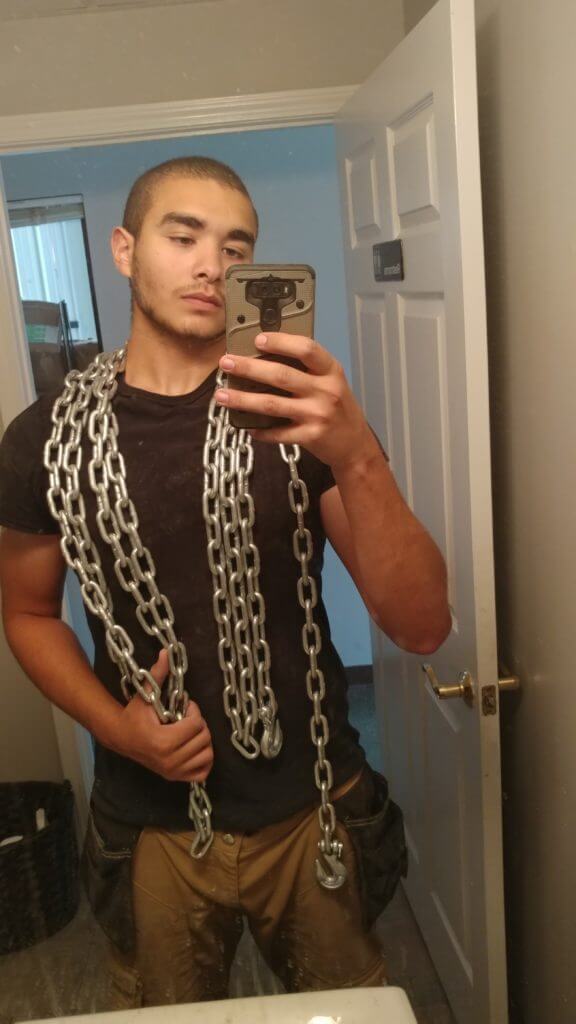 I don’t know if my story will hold any weight, and if anyone out there can relate to my story i would like them to know they’re not alone. So here we go.
Let’s start from the beginning. I grew up in an apartment with 2 sisters, a brother, a beautiful mother and a loving father. Up until i was 6 years old life was great. I played with a local baseball team nearly everyday, engaged in many activities at school although i never really had any friends. However i remember my life as a child being simple and fun. My life turned around very quickly and unfortunately everything changed within my family in just a few very short years. Gang violence took my brother away from our family and put him behind bars, my father was diagnosed with cancer in the brain and he passed away, my mother quickly became a suicidal alcoholic, and my sisters ran away from home when i was 7 years old. This left me feeling very alone. Thats just how my life has always felt and I’ve always felt like i had to grow up too quickly. My mother met a man when i was 9 years old and they began dating. He had a son who became one of my very close friends, his father however was a man who i always feared because like my mother he too was an alcoholic and would beat her. I vividly remember being in the back seat of my dads van when my mothers new boyfriend was driving, my mother was in the passenger seat, he yelled about how i was pathetic and worthless and blamed my father for it, my mother cried and defended my fathers name, but her boyfriend slapped her so hard across the face in nearly incapacitated her, and i still regret being too afraid to do anything about it. I remember coming home afterwards and running to the home phone to call for the police, i was so angry and afraid but then i looked at her boyfriends son, my best friend and remembered he was an illegal immigrant and if i called i would lose my only friend. I don’t tell my story looking for pity, my past has taught me many lessons in life and this day taught me many as well.

Lets fast forward 6 years where I’m 15 years old. Another wave of events struck my life that left scars in my mind to remind me that the hardships in life are meaningful, and that the scars left behind by failures shield you towards victory. In the time frame of one year my mother attempted suicide again, twice, you see she was always overwhelmed by stress and when times got tough she would try and try, but eventually would succumb to fear and she would want to end it all again. She struggled to make payments to keep us in our apartment after they kicked us out of our home, she would rather buy more alcohol, and since i was 12 I’ve had to work in construction to help keep the lights on. I remember her slamming her for head on a concrete pavement in a bloody mess one afternoon and having to hold her down until she stopped sobbing. I’ll never know when she’ll just up and lose it again and i pray I’m there if she does, but also I’ve done my best to make peace with the fact that one day she will leave this world and that i will live without not only a father but without mother as well, and whether it is by her hand or by the hand of God i know one day she will make peace with the past.

I would like to take a step back and explain where i want to be in life, why i want to do what i want to do, and where i am now. Back when i was 6 years old i woke up one night at around 2 a.m, i don’t remember the exact time i just remember that it was late. I crawled out of bed and proceeded to head down the hallway to grab a glass of water, down this hallway was a large window with a chandelier and the front door to my home. I will never forget this moment, as time felt as if it had slowed down. A car with loud music stopped out in the street in front of my home, i heard loud voices first and saw 4 to 5 people in the vehicle, nearly all of them began firing gun shots at my home. It was my brothers rival gang. The glass window shattered, bullets whipped past me and i fell too the ground, across the hall my sisters screaming at me and cried for me to stay low, the chandelier slammed to the ground and the vehicle drove off. Don’t worry, no one was hurt, we were all just afraid. I remember my sick father spending the rest of his remaining days sleeping on the sofa with his firearm, waiting for those gangmembers to return. Then later when i was 15 years old my girlfriends uncle was decapitated on video by cartel. She was devastated, and i remember being angry and confused, and horrified. I wondered why such evil existed in the world, why were terrorist attacks a normal topic, why did gangs, the cartel, isis, boko haram and other evil people harm the innocent in a world where hope, and love, and joy only flickered.

I’m 20 years old now, and although the adversities I’ve gone through in life aren’t as traumatic or as grueling as many others I’ve read through or heard on the podcast, I’ve learned that it doesn’t need to be in order to know that my battles were my own and that they matter to me. My whole life has been a never quit story, and David Goggins story touched my heart and has inspired me to pursue my dream as i related to much of the same trials and tribulations that he did growing up. I understand that not many make it, and I understand that it’s a challenge that is a grueling testament to the revealing of the men that accomplish this goal. I want to be a SEAL because there isn’t land on this planet without people looking do evil, and although I won’t be able to take part in every battle in this world, even though I can’t keep everyone safe, it’s like Marcus said, my people are afraid. I’ll let you all know when I make it through BUDS, and oh David Goggins, I’m coming for that pull up record. Keep up all the good work on the podcast, and God bless.