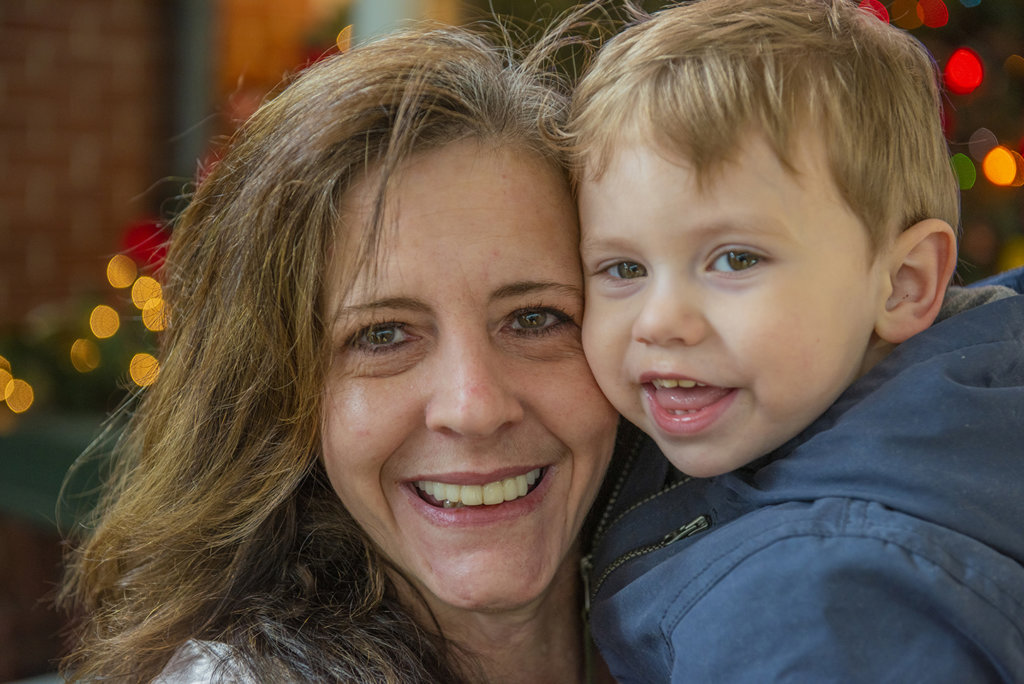 Greetings Morgan and Marcus,
My name is Vernon Watkins. I am a Marine veteran (’91-’03). But this is not about me. This story is about my wife, Angela. She has been diagnosed with degenerative disc and facet disease. She has suffered with chronic pain many years. On January 12th 2010, she had her first cervical fusion surgery. Afterward, she still had pain. The surgeon dismissed us and pain management was not completely effective.

We sought out another surgeon’s opinion. He was kind and empathetic and told us that the first surgery did not take (fuse). In 2012 she had her second surgery to correct the first (new surgeon) and add another level. The second surgery took but she continued to suffer from chronic pain and in 2014 had an additional two levels done. At this point, her entire cervical spine has been fused with the exception of the uppermost 2 levels. Again, she continued to suffer from pain. In 2016 we had it re-evaluated. The surgeon’s assistance said it looked like another failed fusion but the surgeon said it was fine. A second opinion also said it looked fine. Her pain continued.

In 2020, her lumbar spine had gotten bad enough to seek another consult to find out what was going on. We returned to the second surgeon for evaluation. They did their normal Xrays of the previous C-spine fusion as a check-up and found that the last surgery in 2014 did not take, again, even though they had previously said it was fine. They ordered lumbar and c-spine MRIs. On the way home from the MRI, Angie turned in the truck to assist our grandson with something in the back and we both heard, and she felt, a loud pop in her lumbar region. She instantly had severe pain and trouble standing. This fact was dismissed by the surgeon when she returned. This is all during covid (obviously) and I was not allowed to go back with her when she went to the surgeon for the post-MRI appointment. She was having trouble standing and walking. It was determined that she had arthritis at three levels in her lumbar and two discs that were bulging, one worse than the other. They focused on the c-spine and did not even react to the fact that she had another injury post MRI to the lumbar; no new imaging was ordered. They said they wanted to redo the c-spine but, this time, they wanted to enter the back of the neck to redo the two failed levels. No one assisted her when she was leaving, even after almost falling and having to lean on the wall the whole way out. I was NOT a happy camper. We both agreed that we were not going to allow them to go through the back of the neck and sought out a second opinion. This was late summer early fall of last year.

So, we found a surgeon that we both thought was a good prospect. At the appointment, he informed us that not only did the last surgery not take (multi-level failure), but the hardware was loose and the screws were backing out. He also did a follow-up MRI to find out about the pop she had experienced after the last lumbar MRI. This lumbar MRI showed that she had in fact blown out the most severe of the lumbar discs but the Dr. was focused on the c-spine because it was the most severe and dangerous at the time. He said let’s address this issue and then we can look at the lumbar. Between this time and the surgery, the loose hardware actually started to cause her issues by moving and causing her neck to temporarily lock-up. She was terrified that she would not make it to the surgery date. When she called and told them about her symptoms and pain, they moved up the surgery.

On December 8, 2020, she went in for surgery for c-spine revision surgery (C5 & C6). She came out of surgery with slight C5 palsy and had limited use of her arms and fine motor skills. The surgeon also said that they had seen a small spinal fluid leak and tried to seal it. He said that the palsy was rare but not abnormal and he expected a full recovery. They asked us to stay at a hotel in close in the area just in case and return the next morning to remove the drain tube and be evaluated one more time. Through the day and first night, Angie did regain much of the use of her arms and she seemed to be ok (relatively) for just having gone through such a major surgery. The evaluation the next day was good and there was little to no drainage, so they removed the drain line and I took her home with her normal pain meds and post-op steroids.

She slept most of the first week post-op, keeping her collar on the whole time. Once the steroids ran out, her pain level increased significantly. On the 14th we did a dressing change and noticed swelling around the incision site. On the 15th the pain and swelling were worse so we called the surgeon and they called in a couple doses of steroid and asked us to come in the next day for MRI and eval. The steroid was an immediate help with her pain level. On the 16th we went back for the MRI and they told us they thought it was spinal fluid. When they extracted the fluid using a large syringe and needle, it turned out to be just that. They extracted about 80ccs of CSF during that visit. We were informed that if it came back they could drain it again but if it came back a third time, they would have to go back in and find and fix the leak. By 2000 that evening, the lump under the incision was back at about two-thirds the same size as previous.

The next morning, 17 December 2020, I called and informed the surgeon that the swelling had returned and they told us to come in. We assumed it was to do another drain. However, they took her back for emergency surgery to repair the dura leak. During this surgery the Dr. had to remove the hardware he had just installed and cut away some of the bone to gain access to the spinal column. When he did, he found that there was a large amount of fibrous scar tissue that had adhered to the column that had to be removed before he could pinpoint the leak. Once this had been done, it left the dura in such a fragile state that it could not be stitched. Therefore, he had to repair it with a patch and dura seal and then re-attach the fusion hardware. During this surgery, they extracted another 90ccs of CSF.

Post-op, Angie’s C5 palsy had relapsed/regressed. She had no use of her left arm and limited use of her right. She was also having difficulty walking. We remained at the surgery center overnight and I took her home the next day in a wheelchair with a walker. She required assistance for everything, eating, drinking, walking, etc. The next few weeks were rough. She would collapse/fall and I would have to support her dead weight and maneuver her to and from the bathroom and lift her into the bed. I also had to help her turn over and cover up. She would always fall when I was away from the house to get groceries or something and I found out later, from her, that she fell because she was being stubborn, and trying to do it herself. She also didn’t want to put all that burden on me. I explained it wasn’t a burden; its my job and I’m happy to do it.

Initially, she would have 15 to 30 minutes of coherent thought and speech before she would get tired and enter a dementia-like state and have to rest. This gradually increased as time passed. Also, during this time, her breathing while she was at rest was of great concern to me. It was gasping-like and reminded me of my father’s attempts at breathing during his passing.
She regained the use of her right arm relatively quickly but her left was very slow and her fine motor skills took time as well. She received in-home physical therapy and out-patient therapy and by May 2021, was doing fairly well but still had the pain in her lumbar and very limited use/range of motion in her left arm. The Dr. still expects her to fully regain the use of her arm over time. She also has and still does have, nerve issues such as dead areas, tingling areas, odd feelings related to nerve regeneration and transference. To this day, her left arm has not fully recovered.
Due to the pain in her lumbar, difficulty walking, and difficulty evacuating her bladder, on June 8, 2021, she had lumbar fusion surgery. This helped with many of the issues but also left her with others. She is still battling nerve issues, pain in her right hip and some in her back, as well as, some bladder and female issues. Initially, the bladder got much better but has now (in the past couple month) regressed some. She has now also discovered a large, painful lump in an area below the waist and she is scheduled to begin aqua therapy for her lumbar surgery. She is a real trooper and keeps taking the hits and moving forward. Not that it doesn’t get her down from time to time, but she continues to get up and push on.

During all of this I stumbled across your podcast and we began listening to it whenever we could. I read Marcus’ book years ago and watched the movie when it was released but it wasn’t until all of this, that Angie took a very keen interest in your story Marcus. She binge watches the movie and has started reading your book. You and your team’s story has been a real inspiration to her. It is almost indescribable the influence it has had. As well as, your speeches. We listen to every one we can find. THANK YOU! When we heard about Morgan and what he has been through as well and that he was working on his PHD in neuroscience, she also said that she would be the perfect test/study subject for him…lol.
You both are truly inspirational and it matters and makes more of difference than you know.