A SEAL gave me purpose again. 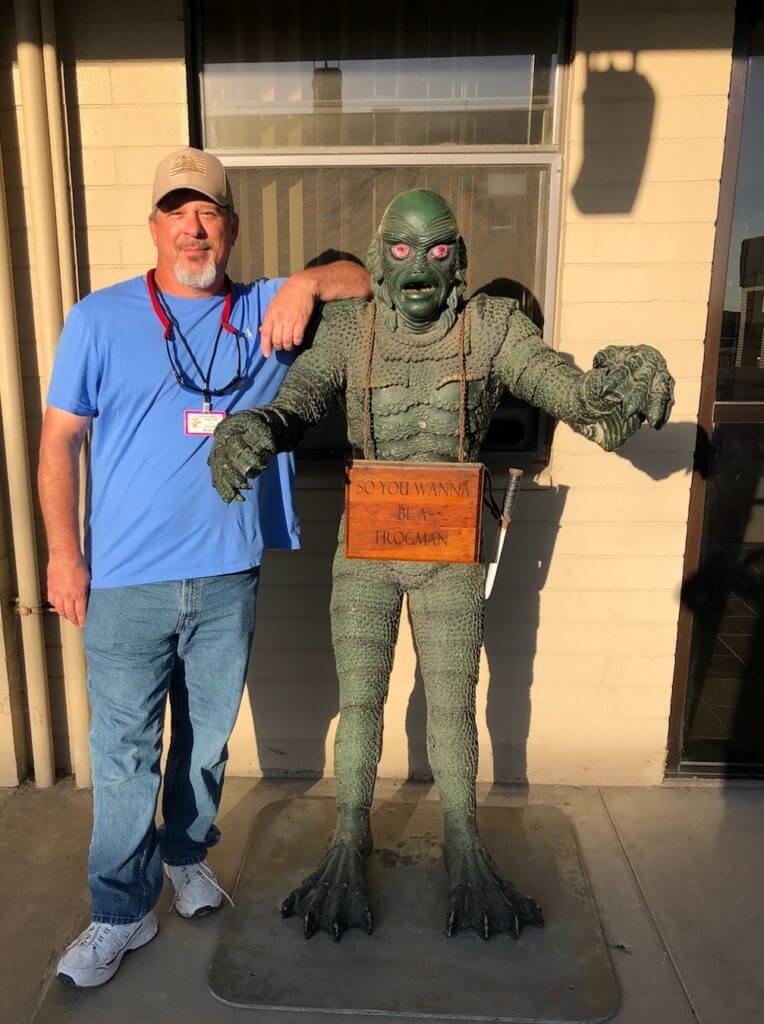 I saw your podcast on YouTube for the first time this morning , and because of it I wanted to share my story.

My story is very long and spans over twelve years. I am going to condense it down to save on reading but It would be a great honor if I could ever share it with you guys in person.

Just around ten years ago my life started what would be a long spiraling downward trend. As a young man I was as hard charging as they come. I only had one desire and that was to be the best at everything I did. I wanted to be the most successful person on the planet and I had the drive, ambition, and desire to make it happen. Maybe aiming a little high right? I tried and failed many many times. But what would happen to me in 2010 would rock my world to the core.

My son is four and my wife and I decide because my son shows exceptional ability we want him in school as soon as possibly. That possibility presents itself in a small town South of Houston. So we move and I start what will be my fourth company. I get involved with hunting and fishing charters which was something I did as a child. It is a great time. Things could not be better and life could not be better. During a hunt in South Texas some years before we killed a handful of feral hogs. While cleaning them and without knowing I contract a bacterial infection. It will take another two years or so before the symptoms start to appear. The issues start slowly and do to my previous stated desires I worked through the pain and increasing debilitating factors. Once things reached a stage where I could no longer function we sought help from doctors. I waited to long to admit to myself there was a problem. My wife drove me to Houston often to see various doctors that would provide the exact same diagnosis and I quote, Your lab results are perfect. You are a pillar of health. Any person on the planet would be grateful to be in your shoes. So by this time it has been four years since I contracted the infection and I am on the verge of being bed ridden. A friend that lived in our small town refers me to a local doctor. The first visit the doctor, with no blood work or tests, tells me I have brucellosis. Well I knew what the bacteria was and I knew I had never in my life come in contact with cattle but after blood work the doctors suspicions were confirmed. He started me on a ton of antibiotics. That is unfortunatley not where the story ends.

Lets fast forward again. The first attempt to rid me of the bacteria fails and subsuquent attempts fail as well and now things are seriously spiraling out of control. During the next four years I would attempt to kill myself twice. My desire for death would come from my inability to provide for my family. I would become a terrible farther, husband, and person. Attempting to drive away the only people in this world that love me. I would become addicted to pain meds, muscle relaxers, sleeping pills and alcohol. This in and of itself is a long and complicated story but during that time I get a call for a fishing charter. It is a referral and I never turn those down. On the day of the charter would meet the young man that would later inspire me to not give up on my life. He desired to become a SEAL and I admired his resolve. We would hit it off during the trip and he would return many times over the next few years to fish with me. No matter what my condition was I would do whatever it took to get him fishing. I would watch as he went through BUD/s, deployed for the first time, received his Trident, and deploy again and again. We would become closer and closer as time passed and I would eventually consider him my bother in the most sincerest of terms.

Lets fast forward again because this is when things turn around. It is now 2018 and contact with my SEAL buddy is more frequent these days. He is married and we have become closer then ever. He is without a doubt my bother from another mother. I am again fighting off the bacteria and starting to consider once again that my family would be better off without me dragging them down. When out of no where I am invited to go to Coronado with my buddy. Even though it is not something I feel I am able to do I believe GOD is opening a door. So despite my misgivings I did whatever it took to fly to San Diego. I get to go to the BUD/s facility and meet some amazing folks. (Side Note: There was a time when I was seventeen that all I thought about was that the Navy would be the answer to my future.) One of which is an instructor that is six years my senior. It floors me that someone of that age can do the things he does. I speak with him for quite some time and the more we talk the more I realize that GOD brought me here for a reason. While I was there I also helped support the folks from the SEAL Future Fund as they sky dived, swam, and ran to raise awareness to plight of transitioning SEALs. The event sank deep into my heart and sole as I heard stories from both current and transitioned SEALs. My friend without knowing had brought to a place and a culture that would turn me back to the living and give me purpose again.

Once I returned home I visited my local doctor. I reevaluated my treatment program and changed it to be more aggressive toward the bacteria. I joined a gym and hired a personal trainer. I consulted with a dietitian who is making a plan for me. I will return to chartering and will move aggressively to support the SEAL community in Texas any way I can. My wife and I joined our local gun range and are looking forward to being able to provide basic shooting skills for all and do it for free. My wife’s ability with a pistol is amazing. Again that is an entire story by itself. I am watching daily to catch an opening to go train with Shawn. I would love to pass on some of his abilities and techniques to local folks who can’t afford or don’t have the time to go train with him. I have nothing but time until I can with certainty return to chartering. I know my days are numbered. I have no misgivings with regards to that, however I can decide that I will go out with a bang and not a fizzle.

Lastly my friend will be transitioning this year and I know that no matter the circumstance I will be there for him regardless of how long it takes for him to come home.

P.S. The photo is the day I decided to stop being a victim of my circumstance and start living whatever of my life is left. Thank you for reading this and again I would like the opportunity to meet you guys some day.