A Relentless Journey of Survival 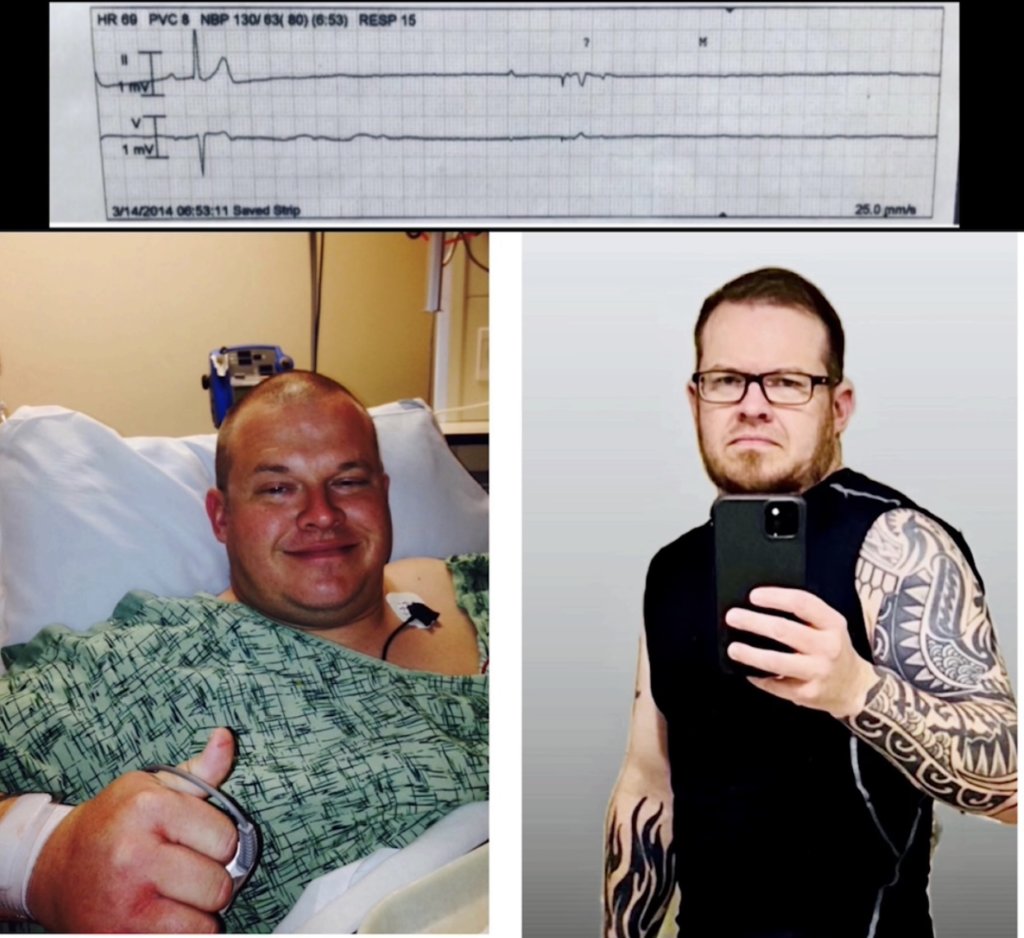 Greetings TNQ FAMILY!
I wanted to reach out and share my never-quit story. I sincerely hope that it encourages listeners as much as your podcast and those who’ve been on it have encouraged me.

The year was 2014 and I was 34 years old. I wasn’t in the best physical shape, but I wasn’t in the worst either. Work was crazy demanding and I was on the road a lot. I lived on minimal sleep and drive-thru restaurants to save time and get to the next job site. I had just recently and unexpectedly lost my dad to the H1N1 virus. I had also just gotten some concerning bloodwork results back from my primary care doctor following a routine medical visit.

I didn’t think much of it and I adjusted my lifestyle to compensate and attempt to improve my health, specifically my cardiac health. I was hitting the gym and adjusting my diet to lose some weight. As I began this process, the medical team and cardiologists began running additional tests. Several tests came back abnormal and other tests were needed as a result. I have a long family history of genetic heart problems and very few of my male family members make it out of their thirties without major heart problems or complications. As my heart condition continued to silently progress, I continued to adjust my lifestyle. Unfortunately, it was too little, too late.

In the early morning hours of March 14, 2014, I went into cardiac arrest while waiting in a prep room for a cardiac procedure. The medical term is asystole. It’s the most serious form of cardiac arrest and is generally irreversible. Contrary to popular belief, it’s a non-shockable heart rhythm and will not respond to a defibrillator. Statistically, only about 2 percent of patients with this type of cardiac arrest survive even in a hospital setting. Only about 10% survive a full year after being discharged from the hospital. By the grace of God and the swift response of the cardiac team, my heart began beating again after several hard blows to the chest.

This would mark the beginning of a journey that I remain on to this very day. Over the next several years, I continued working on my recovery. At one point, I was on a combination of 19 different supplements and prescription medications. I had numerous additional ER visits with my pulse rate in the twenties. I lost consciousness quite frequently due to blood flow issues. I continued to push forward, gradually increasing my mileage at the gym. For every step forward, it seemed like I’d take 2 steps back. I continued to push forward and celebrated the smallest victories. If I could make it up the stairs in my house, I celebrated. If I went an extra 30 feet on a walk, I celebrated. I very slowly increased my cardiac ability until I reached milestone after milestone.

To anyone who’s struggling in life, I’ll say this. There’s no quick fix. It takes consistency and a willingness to never quit. On the days you feel bad, never quit. On the days you want to make excuses, use them another day. When you feel like you’re improving, push yourself harder. It’s a never-ending journey with no finish line. If you accomplish one goal, set a bigger goal. Thats what has worked for me, and I feel confident it will work for others. I’m now down to one pill for my heart, and I just completed my fourteen hundredth mile of cardio, 22 of those in one session in honor of Veteran Suicide Awareness. As humans, we’re far more capable and resilient than we give ourselves credit for. As for me, the team and guests of Team Never Quit have taught me that I’m never out of the fight. Here’s to a thousand more miles. Thanks for listening and much love from Texas!

PrevPreviousLearning to Move On
Next17 going on 50Next