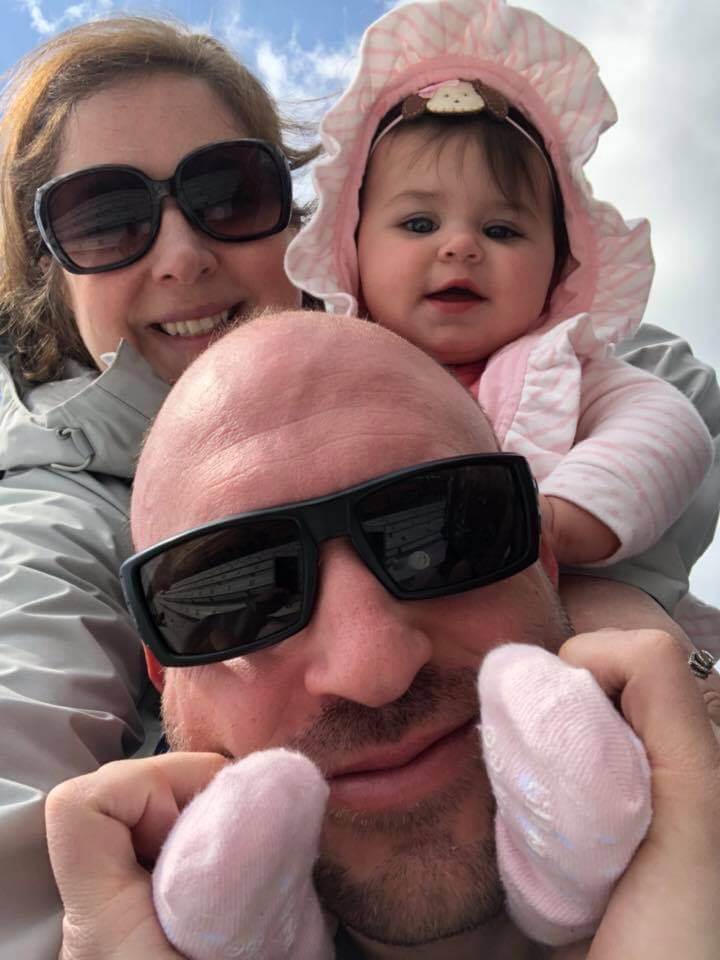 My wife, Sharon, and I had 10 years of unexplained infertility. We had been waiting 3½ years when we finally got the call from the agency that would change our lives forever, joyfully informing us that they’d found a good adoption match, and that we would soon be heading 840 miles Missouri.

Some folks might say we experienced a lot of “coincidences.” We don’t believe these were coincidences at all. We believe in Emmanuel – “God with us.” God is not an absent landlord, nor does He love us from a distance, uninterested in our lives. We give thanks and glory to God, for we experienced His goodness and grace during our 12-day journey.

In a cornfield along I-70, near Casey, Illinois, there were signs every 100 feet: World’s … Largest … Wind Chime … Next Exit. Casey is a charming little town, with finely manicured Scottish green lawns, and random “Guinness World Record” giant items (“world’s largest” wind chime, mailbox, rocking chair, etc.) on store front properties. There was a cafe that was closed; I pictured us eating here on the way back to Pennsylvania with our baby. (I use the generic term “baby” because, since the birth mother wanted it to be a surprise, we still didn’t know at that point if we were getting a son or a daughter.)

We drove further, spending the night in Effingham, Illinois, where there is a giant white cross, 198 feet tall and 113 feet wide. It is forged out of over 180 tons of steel anchored in an enormous volume of cement, so it can withstand hurricane-force blasts of wind (up to 145 mph). At the visitor center, an older woman, Edie, prayed for us. Edie is the name of my wife’s beloved three-year-old niece. An altar stands in the chapel with an inscription that reads simply, “Trust in God.”

After about five hours of driving under sunny blue skies, we arrived at our lawyer’s office just two minutes before our scheduled 2 PM meeting. He had a calming presence, with a voice like Morgan Freeman narrating The Shawshank Redemption. The next day, we met our social worker from the adoption agency, RoNishia. She was classy in both appearance and personality, with a warm smile and a voice that was gentle and soothing, yet confident. There in the hospital waiting room, the three of us joined in prayer. RoNishia sat with us for hours, answered our questions, and encouraged us during the anticipation of the birth. Finally, the word came … IT’S A GIRL! Sophia was brought to us in a bassinet. Our tiny, dark-haired baby girl, wrapped up in a white cocoon, was handed to her mommy, and Sharon, crying tears of joy, fed her for the first time. It was one of those moments where the demands of life are placed on hold and you are completely loving and living in the present moment. The next two days spent caring for Sophia were timeless; we didn’t know what time or even what day it was, and we didn’t care. We could relate to the nurses, listening to their own stories about adoption and their children, thankful to finally be parents ourselves. When the time came to leave the hospital, I was wishing I had brought an armored Humvee. (I’m betting other first-time daddies can relate!)

I was anxious while waiting to begin the legal proceedings to adopt Sophia. There was another couple there adopting a baby boy; they were naming him Carson. Carson is not a very common name, but it happens to be the name of my brother’s son. Incredible! I was just shaking my head at all the little “coincidences.”

We love coffee. Over the years, I have ordered special air-roasted coffee online from a Kansas City company called the Roasterie. They have an actual Douglas DC-3 airplane mounted on top of their building. Their cafe was only minutes from our rented efficiency apartment, so we swung by daily and showed Sophia off while there. One of the employees said to me, “Sophia is the name of the owner’s daughter; it’s painted on the side of the airplane!” At that point, I think I cried more than my newborn daughter.

We visited the Cathedral of the Immaculate Conception of Kansas City. Some 10,000 people witnessed the laying of the cornerstone in 1882. We were dismayed to discover that it was closed, but the cleaning lady heard me tugging at the locked door so she let us in. The beauty of the stained glass took our breath away and we had the whole sanctuary to ourselves.

Finally, all paperwork was approved and we were released to take our daughter home. We stopped first at the Effingham cross before the next hotel stay. To our great joy, even though she was not scheduled to work that day, Edie was there. When Sharon offered to let Edie feed Sophia, her smile lit up the room! No other tourists showed up the entire 45 minutes we were there. Edie had sent a card to our home address after our last visit, telling us that she and her prayer partner were praying for our adoption. Now she knew that those prayers had been answered.

It rained almost the entire last leg of the drive; a five-hour drive turned into seven hours. We passed two overturned tractor trailers that were heading west. Only four months prior, we had bought a used hybrid and we were thankful for the comfortable and safe ride home with an impressive 44mpg.

On Sunday, June 25th, 2017, we brought Sophia to church for the first time. During communion, there was a worship song that I never heard before called “There is a Cloud” by Elevation Worship.

“Hear the word roaring as thunder with a new future to tell, for the dry season is over.
There is a cloud beginning to swell. Every seed, buried in sorrow, You will call forth in its time.
You are Lord, Lord of the harvest, calling our hope now to arise. We receive Your rain.”

I saved the best for last. Listed here are the birth mother’s requirements for the adoptive parents.
“Very financial, no other children – childless. Married couple only. No money problems, no more than 2 pets. I want this child to be a longed-for gift or answered prayer. Family that is active, stable, and very family oriented and close. No gender preference. A family to give this child everything – the best life”

We paid our house off last year, have precisely two pets, and have a close family. Sharon and I are very active (we got to see a lot of places during the waiting stage of the adoption process). We didn’t have a gender preference listed, but deep inside Sharon really wanted a baby girl. The one sentence that I read over and over was, “I want this child to be a longed-for gift or answered prayer.” Coincidence? Not a chance.

There is a difference between giving up and giving in to feelings of defeat and accepting the reality of one’s circumstances and moving on. I am so very proud of my wife. There were many tears and frustrations in our struggle with infertility, but instead of allowing herself to become jealous or resentful of people close to us who were able to have their own children, Sharon poured out love and generosity on them instead. The apostle Paul wrote this in his letter to the Philippians: “… I have learned to be content in whatever circumstances I am. I know how to get along with humble means, and I also know how to live in prosperity; in any and every circumstance I have learned the secret of being filled and going hungry, both of having abundance and suffering need. I can do all things through Christ who strengthens me.” (Philippians 4:11-13)

We prayed, and in His perfect time, the Lord answered. Praise His holy name.