Ever heard the expression, “Misery loves company?” It simply means when you are suffering, it somehow makes the suffering easier to know others are suffering with you or have suffered before.

And, while the phrase itself can sometimes be considered negative, it doesn’t have to be negative. Sometimes knowing that someone else has walked the road you’re walking IS comforting. It’s why we share stories of people who have struggled but persevered anyway. Because, well, misery loves company.

The idea of “someone else out there suffering with me” and being encouraged by their suffering came from a guy we met who was telling us about a bad race experience he had. He’d been a mountain bike racer for about 15 years and used to give himself pep talks on his race by saying, “Look around you. That guy is suffering too, but he’s not quitting! And you’re not going to quit either! Keep pedaling!”

Because he gathered strength from his fellow sufferers, he made it to the winner’s podium many times over the course of his years riding bikes.

As a next natural step to bike riding, he thought he’d give triathlons a try. He already knew he was great at riding bikes, and he was a pretty good runner. But his swimming is what came as a shock to him. His first time in the water was an eye opener as to just how bad of a swimmer he really was!

So he took some swim lessons and then started doing sprint triathlons where he experienced some pretty good success again. He said, “It felt good to be on the winner’s podium again.” From there he started training for an Ironman and just two months out from the race, he tore his meniscus and couldn’t run. But he wasn’t going to quit. Not after putting in that much effort. So he upped his swimming and his biking, and he competed in that triathlon, although he hadn’t run a step in over two months. Needless to say, he didn’t win the race. But as a fifty-one-year-old competitor, he finished a 140.2-mile course.

Here’s what he shared with us about that race.

“I’ve learned that setting goals and focusing on them is a recipe for success, even if that doesn’t mean crossing the finish line first. I still stay active at a high level because I like to inspire my kids and friends to be excellent. My training and never quit attitude have served me well in not only sports but also in business, family and all aspects of life. I’m a big Cam Hanes fan and love to bow hunt. He’s inspired me quite a bit, and I love doing what he does…heading into the backcountry with my bow. I love it that at 52 years old, if I glass up an animal that’s a two-hour hike away, then I have the ability to go after it. Life is so much better with a never quit attitude. Sadly I learned this in my forties, and I wish I had learned it earlier in life. You can accomplish whatever you want. It’s all within your grasp. That’s the idea that I want to share with those around me.”

His story was a reminder for us that “never quitting” doesn’t always mean winning, and we want to make sure our people understand that. Sometimes, even when you don’t quit, you still don’t come out on top, and that’s okay. Never quitting doesn’t mean, “always winning.” It means staying strong, even when things don’t turn out the way you hoped. Setting a goal and reaching that goal, even if you don’t come out on top, is just as important as winning. At least, in our book it is.

Have you had an experience where you didn’t quit, but you also didn’t win? We’d love to know your story, and how you came out stronger because of it.

15 Veteran Quotes That Will Inspire You

Veterans Day is a day to honor those who have served our country. It’s a reflection of all the men and women 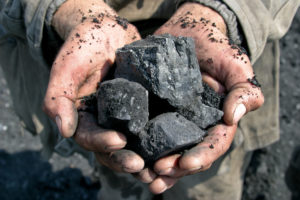 “Team Never Quit embodies the heart of a warrior, men and women in all walks of life who have faced incredible hardship